rFactor was tested with a custom demo recorded on the Lienz “Festival of Speed” track. The DX9 shader profile was selected for all tests. 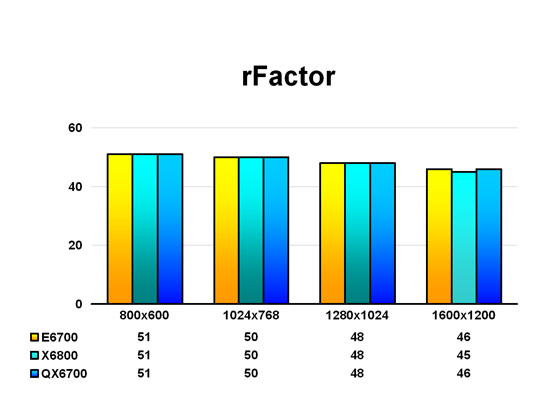 rFactor displayed essentially no variance in its benchmark scores between the tested processors. And using settings more demanding of the installed graphics board sees a similar plateau occur across the tested resolutions, suggesting that, at the least, this particular test of rFactor results in the title being limited by another subsystem within the test rig — most likely system bandwidth.

A Company of Heroes was tested with high settings and its in-game performance test used to generate the benchmark scores below. 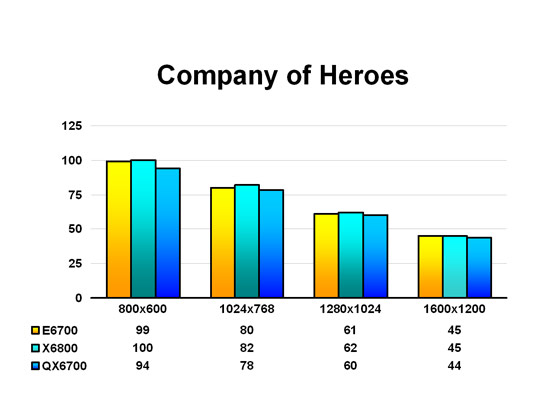 Up until now the QX6700 has run neck-to-neck with its half-brother (no pun intended), the E6700, but CoH saw the quad-core lag behind the Core 2 parts at the lowest resolution. The performance gap quickly narrowed, so this one result could be simple test error (though repeated testing showed the same result). Yet this is another fairly recent title, one that sports DX9 shaders, HDR lighting, and outstanding production values in general, that simply doesn’t scale with the QX6700’s additional cores.