As a watershed title for multi-processing support, SimHQ enjoys making heavy use of Falcon 4: Allied Force for dual-core testing. The two mission tests that are used in this article can be found here and the simulation itself was patched with the 1.0.6 update. Because of the rather aged nature of its graphics engine, F4: AF was tested only at the resolution of 1024×768, with the average frame rate of each test as recorded by FRAPS listed.

Test 1, titled Ground, is a short MUD moving flight that leaves Mandumi, heads over the FLOT, and attacks an enemy supply depot that has heavy AAA and SAM protection. Performance is recorded during the first six minutes of the mission with the scores shown representing the average frame rate.

AMD’s new CPU performs very closely with Intel’s Core 2 Duo in this test, while the 5000+ fell behind by roughly 15%. 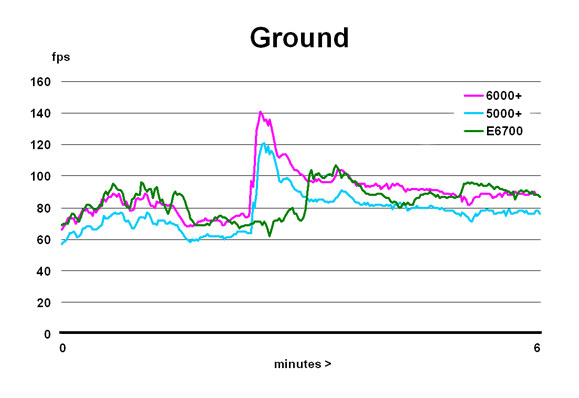 Test 2, Air, is also based on the Korea map. The mission starts with the threat warning siren blaring as the flight comes under immediate attack by Su-27s. The Air mission is shorter than the Ground test, with the frame rate recorded for three minutes.

The Intel CPU pulls ahead just a nudge more in this test, producing a 8% higher score than the 6000+. The latter’s higher frequency (and, also, larger L2 cache), however, sees a substantial performance lead over the slower X2 5000+. 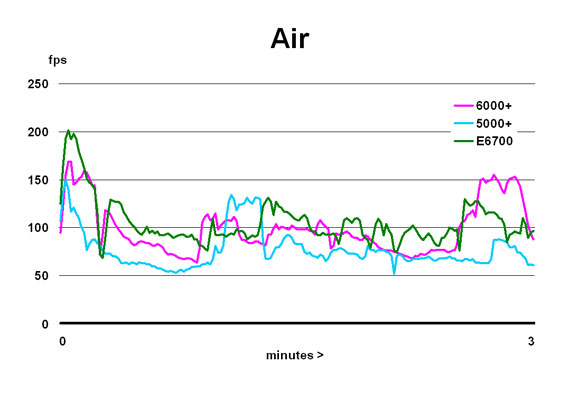 Bose A20 Aviation Headset with Dual Cable Bluetooth plus Case
$700.0