Ghost Recon: Advanced Warfighter 2 (GRAW2), another new addition to SimHQ’s benchmark suite, was tested via repeated run-throughs of the middle portion of the title’s first mission. All in-game options were configured to high settings and edge smoothing enabled. 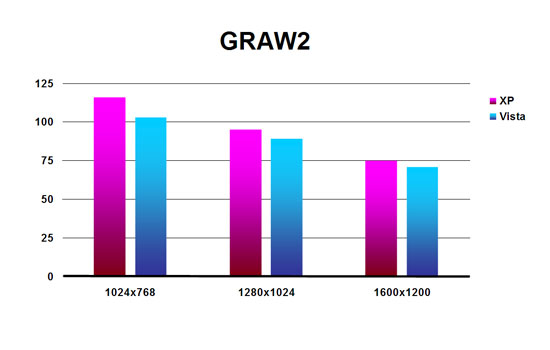 GRAW2 sees a roughly 13% difference in performance between the two OSes at the lowest resolution, but that gap quickly closes to a statistical insignificance at the highest resolution, with Vista trailing a mere 4fps behind XP’s result. Out of the gaming titles evaluated up to this point, only IL-2: 1946 showed as similar a set of results as GRAW2’s scores.

Call of Duty 2 was tested using a custom demo recording from the Prisoners of War single-player mission. All in-game options were configured at their highest settings. 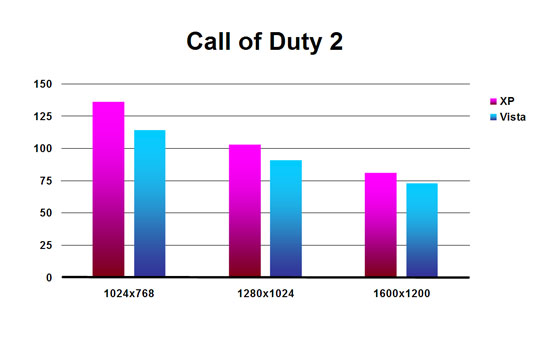 Infinity Ward’s aging WW2 shooter repeats previous test results from other titles, displaying a fairly significant performance gap at 1024×768 and narrowing that gap as the resolution is increased. The delta between the two OSes at 1600×1200, however, remains at a noteworthy 10% difference.