Crysis was tested by averaging the scores of three separate runs of the included “benchmark_CPU.bat” file found in the title’s Bin32 folder. This was done to even out the variances shown by this particular benchmark. 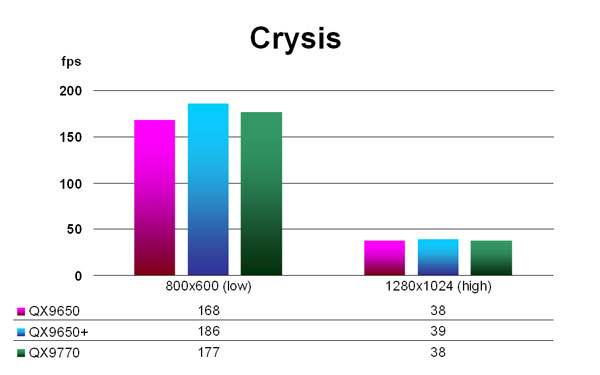 Crysis shows a respectable 10% variance for the QX9650 once it’s overclocked at low settings, with the QX9770 again trailing behind its 3.33GHz clock speed. Unsurprisingly, the game’s use of advanced graphics features placed the performance onus onto the test system’s graphics card when configured with high, in-game options enabled.

Latest in the series, Silent Hunter: Wolves of the Pacific was tested during an attack on a Japanese convoy. 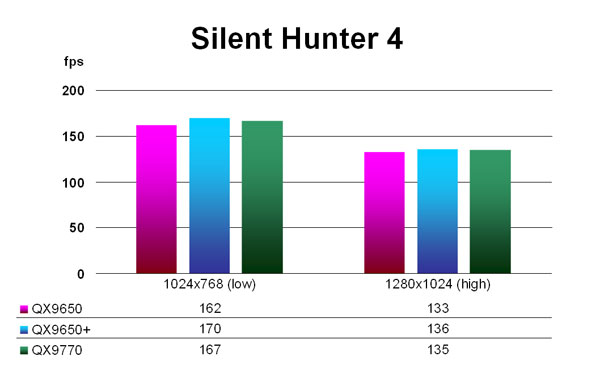 Silent Hunter 4 sees very little variance at either setting between the tested CPUs.

World in Conflict was tested using the included in-game benchmark. 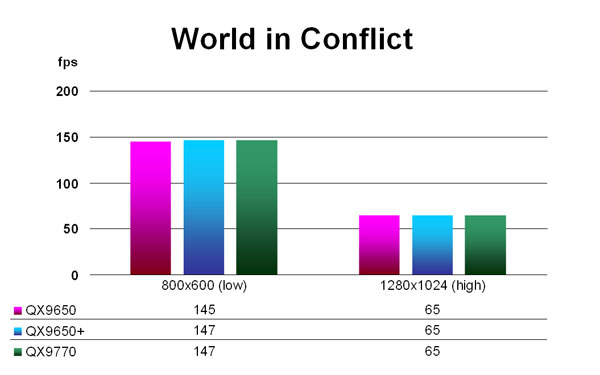 This RTS shows basically demonstrated no performance differences at either of the two test settings for the three processors, which obviously suggests a bottleneck outside the CPU such as system bandwidth.