I installed Windows XP and got it updated and, with guod’s help, successfully updated the motherboard BIOS. After that it was just a matter of configuring Windows, downloading drivers, and getting the system ready for full-on usage. 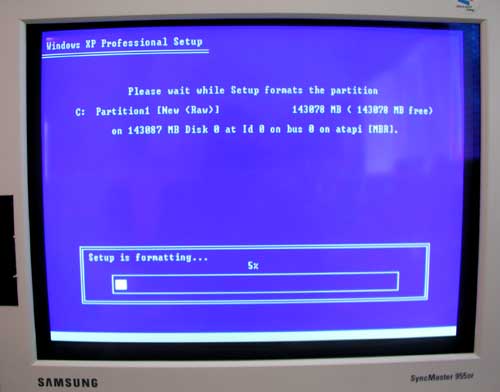 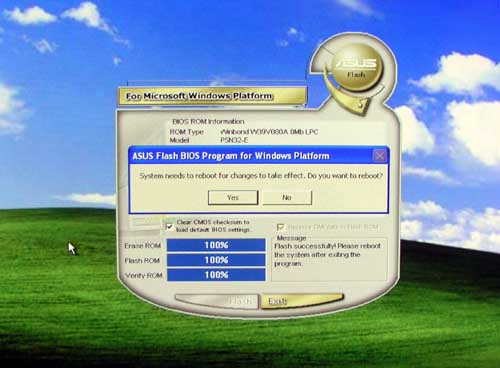 Things were humming along nicely until — the dreaded blue screen of death! Nooooooooo! After having read 20mm’s nightmare story of chasing down lock-ups I was steeling myself for a long and protracted session of troubleshooting but we quickly realized that the problem was the second stick of RAM that I had installed, or rather the effect of the double-data rate (DDR) by adding the second stick of Corsair RAM. Apparently it wasn’t functioning properly, or didn’t get along with my system or the other stick of RAM. Rather than spend hours of time tweaking voltages or trying different configurations we settled on just ordering a bit more docile speed and brand of RAM (Crucial Ballistix 4GB DDR2 800). The RAM arrived a couple days later and the system has been running without fault since I installed it. I also invested in a uninterruptible power supply (UPS) to level out power spikes and prevent damage from our increasingly frequent brown-outs during the summer months here in Charlotte. 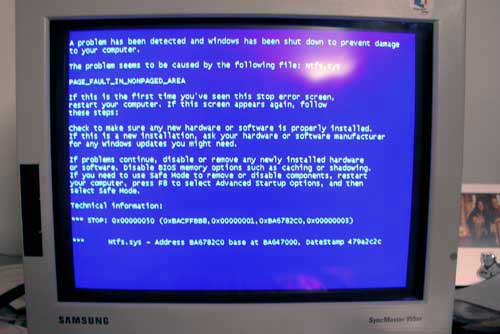 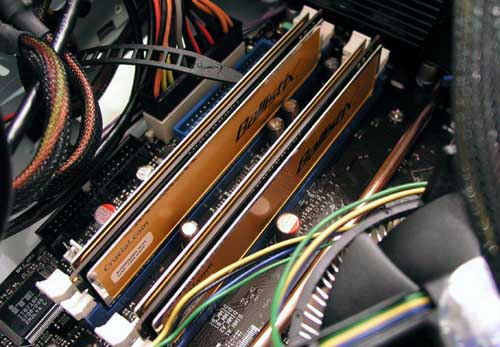 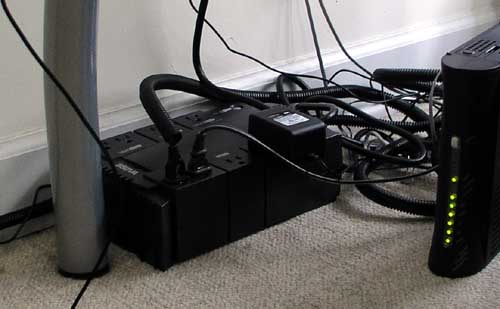