The final benchmark was on my favorite first-person game of all time: Armed Assault. The new computer gave me a great excuse to get ArmA patched up to the most recent build, hop on the SimHQ server and TeamSpeak, and GET TACTICAL DAMMIT!  I had forgotten how much fun ArmA is, and playing with good friends and strangers from across the globe on the SimHQ server can’t be beat. The frame rate boost with the new computer is staggering. I’m able to increase the view distance while keeping the details maxed out with no deleterious effects. Where I was playing previously with low to medium graphics I’m now seeing effects that I never knew were in the game; one of the best is the blurring of the background when you focus on something near, or when you are looking through the scope.That and the just extreme level of detail of the textures and sharpness of the graphics make ArmA a showcase for the new rig. And if frame rates are important to combat flight sims, they are absolutely critical to a tactical shooter. A bit of lag or choppiness can mean the difference between getting your shot on target before the enemy gets his shot on you. 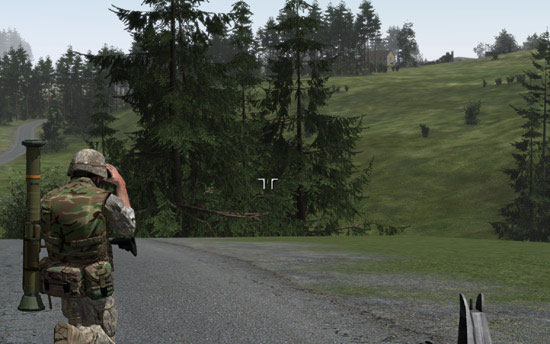 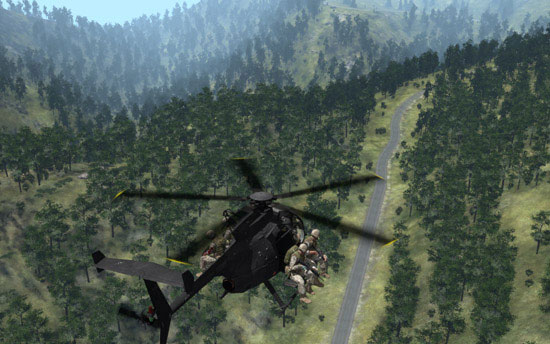 One interesting thing I noted during my benchmark testing was that FSX apparently doesn’t like using both GPUs on the 9800 GX2. When I enabled both sides of the card my FPS dropped by nearly 50%, a curious result. I tried a similar experiment with Crysis and Armed Assault and found both of those games benefited significantly using both GPUs on the video card with Armed Assault registering a 50% increase in FPS with the second GPU enabled. So it appears that game optimization is a major factor in how much boost you get from dual GPUs (and dual and quad core motherboards!).

A second interesting thing I discovered while doing the benchmarks was that I had actually overlooked something while building the system. During the BIOS setup phase, I had overlooked enabling dual-channel memory mode. I didn’t realize it until after I had done the benchmark testing and made the bar graphs for this article. I quickly phoned guod and asked if I should have dual-channel memory mode enabled and he replied in the affirmative.

Unsure of how the new memory setting would affect the benchmarks I started doing them over again and noticed a dramatic increase in both FPS and productivity application speeds. Incredibly, the Premiere rendering speed test went from 45 seconds to just 25 seconds just by enabling dual-channel memory mode. Crysis low detail FPS went from 65 to 82 FPS. FSX low detail performance went from 160 FPS to 275. I was stunned by the difference and I went back and laboriously re-did all of the benchmarks with dual-channel memory enabled so that the proper numbers would appear in this article.

Here’s my first video off the new system. The file is 20.2MB, zipped and in .WMV format. It shows the detail and quality of gameplay on the new build.

In summary, the new system kicks ass. I’m glad I built it myself, and I’m grateful to the help guod and Joe gave me in getting the specs together to make it a good integration of parts. In the end, I saved about 1/3 off the price of a similarly configured Alienware system by building myself, saving myself over $1000. Even after buying the two new 22” Samsung LCDs I was still $400 under the cost of just buying a pre-built box alone. If this new system serves me as well as my old system did, I’ll be one happy simmer.