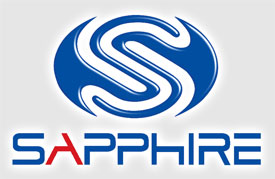 A product such as the Radeon HD 4870 X2 is somewhat challenging to assess. On one hand it offers amazing performance potential, and has all the rich features of AMD’s excellent RV770 GPU. On the other hand, that amazing performance isn’t always guaranteed to be there for the end user. AMD’s Catalyst drivers are closed to the enthusiast when it comes to its CrossFire profiling of games, which means lesser known titles are possibly left unsupported, and even new AAA titles might go several months after being released without CrossFire support. For someone who just opened up their wallet to the tune of $550, such a situation makes the competition’s big, monolithic single GPU look a lot more appealing in that its performance potential is far more likely to always be available for the end user at all times. Beyond software support concerns, the Radeon HD 4870 X2 also has some environmental characteristics readers should keep in mind. The board is long and loud and power hungry. AMD recommends a 650W PSU for use with the HD 4870 X2, though our test system’s 620W Corsair quality unit handled the X2 with aplomb.

From a business viewpoint AMD have used a single ASIC to produce an entire range of products with the Radeon HD 4800 series, needing only clock binning and the purchase of different memory modules to cover the mainstream, performance, and high-end segments of the GPU market. And a single HD 4870 can be quite competitive against NVIDIA’s GeForce GTX parts, so even if a new title hasn’t been profiled yet by AMD’s driver team its initial performance will still be strong compared to other GPUs available. And the 2GB of memory is an additional selling point, particularly for those with high resolution displays, since it’s unlikely that AIBs who break from the 512MB reference design for the HD 4870s will be selling such boards for under $300 in the coming months. The new X2 is therefore priced to move at $550 for those gaming and system building in such rarified air. SimHQ hopes AMD’s driver team can meet the company’s commitment of using single board, multi-GPU solutions for addressing the market’s high-end segment and make the purchase and use of X2 products a painless experience. Because when the Radeon HD 4870 X2 works as designed, it is without doubt the fastest graphics board SimHQ has ever tested. 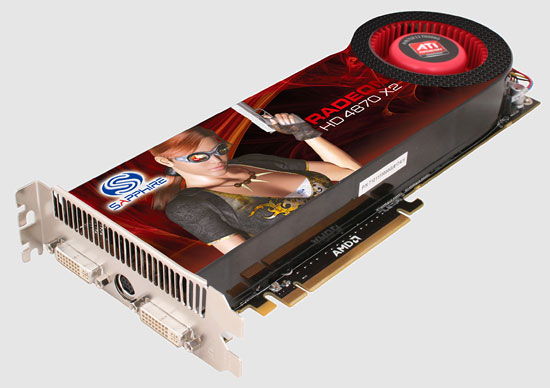