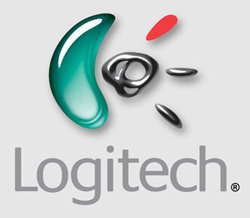 SimHQ recently reviewed the Logitech Wireless Gaming Mouse G700 and the Gaming Keyboard G510. The third and final component to the latest releases in the G-Series is the Wireless Gaming Headset G930. The G930 is a wireless 7.1 surround sound headset with microphone, and it includes programmable keys as well as built-in volume and mute controls. Like all of the latest G-Series products, the headset is well-built, attractive, and comes with capabilities most other headsets do not offer. However, I find that it falls short when performing its most important task — generating quality sound.

The G930 comes with a dedicated one-port USB hub. This hub connects to a USB port on the user’s computer, and into the hub is plugged the G930 dongle. This dongle is the antenna that communicates with the headset. A 6-foot cable with a micro-USB connection also wraps around the hub and can be extended to connect to and power charge the headset. 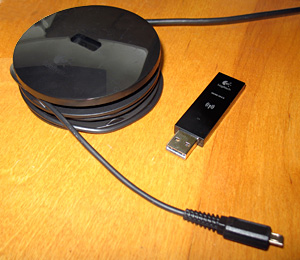 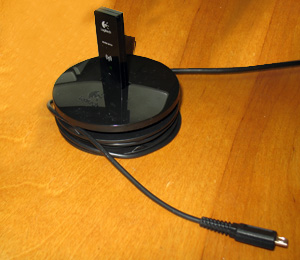 The G930’s wireless protocol is based in the 2.4 GHz band. Despite the fact that numerous household devices operate in this band, I had no problems with the wireless aspect of the headset other than one time when it lost its hard-pairing parameters. A quick email exchange with Logitech tech support taught me how to perform a manual reset of the dongle and headset, and I was on my way again rapidly. Logitech claims up to a 40-foot wireless range for the G930. I walked all over my basement while wearing the headset and even intentionally placed metal objects between my head and the dongle, and the headset never had any sound transmission issues at all.

There are a number of controls on the outside of the G930’s left earcup (located on the left so that one does not have to let go of the mouse to operate the controls). At the bottom is the micro-USB jack, and the surround / stereo switch is located on the rear edge. The side of the earcup features a volume roller and a microphone mute button, both within comfortable reach. Above these controls are three programmable “G-keys”. These keys are programmed through software dedicated to the G930, and thus there is no programming commonality to other G-Series devices such as the G940 HOTAS or G510 Keyboard. In addition, it seems that only pre-selected sets of commands for the three buttons can be used, such as controls for Windows Media Player or Ventrilo; there is no option for custom programming. With only three buttons the lack of integrated programming with other Logitech products hardly matters, but the inability to program those three buttons to any keyboard keystroke is a surprising omission considering that the G930 is Logitech’s flagship headset. As I commented in my review of the G510 keyboard, it would be nice if Logitech put more thought into the software side of their gaming peripherals; it is by far the weakest overall aspect of the G-Series products.

Despite its sleek appearance and array of features, the G930 unfortunately falls short on its most important role, audio reproduction. I dislike subjective comparisons when reviewing hardware peripherals, but occasionally they are necessary, and a discussion of audio quality is one of those occasions. I am not an audiophile and my home is not full of thousands of dollars of amplifiers and speakers, but I am an acoustical professional with a discerning ear.

I own a set of Altec Lansing ADA 885 speakers: two main speakers, two surround satellites, and a subwoofer. This is a 4.1 speaker system; there is no center channel. By my recollection this speaker system cost about $100 in 2000 and has served me well for the past ten years. I compared the sound from the ADA 885 system to the sound from the G930 using mp3 files, flight sims, and Half Life 2.

My conclusion was that the G930 sound is muddied; it is not as clear as the sound from my speaker system. It also sounds thin, as if the frequency content is not correct. When listening to music there is absolutely no stereo image at all, which is something that destroys the sense of realism when listening to a music recording. The bass reproduction is poor despite the circumaural headphone design (earcups that fully enclose the ear allow low-frequency content to better pressurize the air inside the earcup, moving more air and creating more sound).

The G930 headset, like its Logitech predecessors, uses Dolby Headphone Technology (DHT). This means that the device attempts to create a 360-degree sound field via synthesis and processing algorithms, but there is only one speaker in each earcup (some surround headsets, unlike the G930, use up to four speakers in each earcup).

The G930 has a surround switch, which enables the user to toggle the surround functionality on and off. The G35 headset surround sound documentation, which Logitech’s G930 product page points to, claims that the Dolby Headphone Technology will modify the sound of audio that is only generated with two channels. I tried listening to mp3s and playing Lock On: Flaming Cliffs (a title that does not use surround sound) while toggling the surround switch on and off, and I never heard the slightest change in the sound output.

While playing Half Life 2, a title that does support surround sound, toggling the surround switch on and off did produce a noticeable change in sound characteristics. However, I did not find the sound from the G930 to provide useful directional cues, which I consider to be the fault of Dolby Headphone Technology; it’s hard to create directional information when it doesn’t necessarily exist in the first place.

The G930 software contains implementation of voice morphing features; you can alter the pitch of your voice in addition to choosing from such useful voice characteristics as “troll”, “alien”, and (my favorite) “space squirrel”. Suffice it to say that I don’t think that these features have much interest to simmers, but they are there for playing around.

The G930 has some nice features, but a headset first and foremost needs to offer good quality audio reproduction. The G930 doesn’t do that, and for a device with a street price of about $135 that’s a big shortcoming.