I must confess that I’m something of an Operating Systems (OS) switcher, following the trends of Microsoft in an effort to ensure I support one of the few companies that have decided to expend effort and investment capital in bringing us operating systems. “In such a niche of software development, we should all do our best to encourage and keep those companies going” is my motto.

Usually I wind up switching an OS because of something far less esoteric but not quite logical. guod asked me to do a little write up of my experiences when I mentioned that I was migrating from Vista to Win 7 after I revealed to him some of my upgrade mentality. He figured it would be good for a laugh, or two.

Let’s go way back to the beginning, as I consider this my formative years regarding the method to my madness: 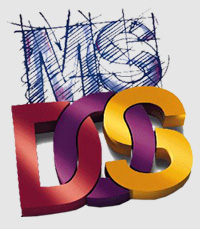 DOS 5.0 came out. A friend said that I was a complete zero for not having it, but for the price of a six pack of beer, he’d install it for me.

DOS 6.2 came in blue compact floppy disks. Blue! It had to be super duper, as every other floppy I’d ever seen up until then was black.

Again, my friend said I was a zero for not buying him more beer; he also wondered why I hadn’t asked him for his copies, which he got from some other guy, instead of buying it. This was before the idea of piracy existed in the software world; heck, we had typed full BASIC programs from magazines, saved them to floppy, and spread them around. It was just like that, only Microsoft had been good enough to type it all out for us!

Windows 3.1 came out and it had pictures one could double click to make a program run. The most popular capability, of course, was the DOS prompt. 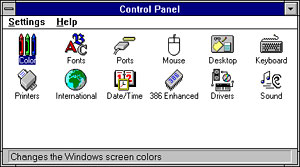 But Win 3.11 had the coolest application of all! A hard drive defragmentation program. Hip people called it a “defragger”. I saw it running on a store computer and absolutely had to have it. Consisting of a bunch of yellow boxes that blinked and changed colors, letting one know where on the hard drive it was at as it did whatever a defrag program does meant that it was really cool.

At that time I wasn’t sure why, but I found that if I left it alone for a long time and then fired it back up it lasted longer. PC Gaming back then wasn’t really robust, you see — we took entertainment where we could find it.

It was so cool, I actually paid for it.

To this day the first thing I check is the defrag program. It’s the hallmark of quality, and a good indication of how one’s experience with the OS is going to be. 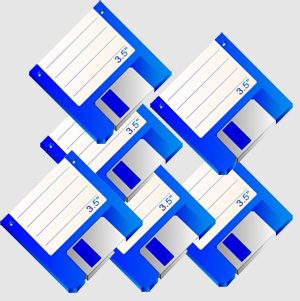 Win95 came around and not only had a huge number of otherwise rational people literally partying in the streets on release (including a news story about the first person on the planet that was able to purchase a retail copy on some Pacific island), but broke memory barriers! I wasn’t exactly sure what memory barriers it broke, but I’m all for breaking them.

It also came on a CD, if one had a CD reader. Since I didn’t have a CD reader at the time, I opted for the forty-seven blue floppy disks version. Nothing like rummaging on hands and knees trying to look for disk fourteen in the pile I knocked to the floor by accident.

In retrospect, inventing the “one-beer-for-each-disk” game wasn’t the smartest thing I’ve ever done. The autoexec.bat and config.sys files I had endlessly modified were still there, but hidden. Double-clicking the little pictures with a mouse actually made programs start-up. I bought a 3D acceleration card and was astounded by the graphics possible on a PC. The defrag program was as sexy as ever. 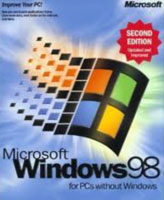 Win98SE (Second Edition) was a work of art, the conventional wisdom said, breaking boundaries in memory, connectivity, and all other sorts of things, but without a lot of exclamation marks.

Win98SE was the blue collar “let’s leave off the hype and just get to work” OS, which had a certain appeal. It kind of bothered me that I had never really heard of Win98OE (Original Edition). At any rate, Win98SE supported one of the new versions of DirectX, which was supposed to really mean something to me. All I cared about was whether or not it supported OpenGL and Glide. The defrag program was interesting to watch, though it lacked some of the charm of the original.

It also came on a CD, and by this time I had a CD reader (but not a writer). This was very good, as my hard drive had crashed and the possibility of finding every one of the Win95 disks in the box was as thin as my wanting to insert them into the computer one after another. It also came in a small cardboard folder no bigger than the disk rather than a box, which meant it didn’t fit into my software shelf; rather, it had to be squirreled away in a drawer.

Of all the operating systems, Win98SE endears the most loyalty I’ve ever seen of any OS version, as it was the last to support Glide, a 3D graphics acceleration modality. 3DFX, which made the Voodoo cards that used Glide, was bought by NVIDIA (which for years had battled with 3DFX and ATI for video card market share), who promptly took Glide into a back room, shot it in the head and buried its body under the crawl space of its corporate headquarters. Really great sims like Hind, Red Baron 3D, Longbow 2 and Janes F-15 relied on Glide, so to keep playing them one has to stay with Win98SE. 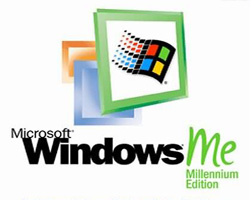 Win98SE brought one more guest to the party — USB. Primitive by today’s standards, it was the first appearance of the standard we still live with.

It was kind of like the sequel thing they do with movies in order to get the inventory out of Microsoft warehouses. In geek circles of discussion, it and Vista are used frequently in the same sentence.

Somehow I missed that whole Windows NT and Windows 2000 thing.

WinXP came out and all the cool kids were grabbing it based on its ability to do protocols. Network protocols, connectivity protocols, you name it, XP could do all those protocols. True multi-tasking! Memory barrier crushing! Better graphics! A new DirectX! A new, colorful, animated defragger!

No way I can figure out which drawer the Win98SE CD holder was put in so might as well upgrade since I’ve just now figured out that one should ALWAYS back up the registry before manually modifying it!

WinXP came in different versions. A Home Version and a Professional Version, plus a Home Media Center Version. I bought the Home Version since I try to distance myself from anything professional in nature. It was a fine OS, even though they removed the autoexec.bat and hid the config.sys which unnerved me somewhat. Writing batch files was officially an obsolete skill. 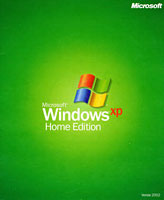 My “backup” computer still runs WinXP, and I’d probably have WinXP on my current system except for two things. First, I misplaced my XP disk folder. Second, Alienware sent me a copy of Vista as a “free” upgrade. Since the Vista DVD was sent in a regular case, it was easy to find on the shelf with the other software I own.

I shouldn’t need to mention that once again I had done some “optimizing” of my system that left it unable to boot, and required a complete rebuild from the boot sector on up.

It should also go without saying that the folder the WinXP disk came in was ultimately found to be in the same forgotten drawer the Win98SE disk had been stuck in. Ironic.

So Vista Home Premium was installed, and for all the fears and bad things I heard didn’t turn out so bad. It ran pretty well, even if its defrag program had no graphical representation of what it was doing or how far along it was. It also came in a standard DVD case, so I could put it with all the other software own.

Vista updates were always fun in that there is one update that immediately follows Service Pack 2 that renders my system completely unstable. It would invariably crash flight sims, games, Microsoft Office, etc., and ultimately it would corrupt the boot sector on my hard drive, necessitating a round of “Kill the Partition”.

Backups and Vista have gone hand-in-hand! No doubt the external backup drive market would have suffered were it not for our little friend Vista.

While I find a lot of the criticism of Vista to be overdone, there is a grain of truth to the complaints. Many was the time I had to use the “Run…” option, which is in fact the same DOS prompt (all tarted up) that I used back in my Win 3.11 days to fix system problems. Further irony.

It also marks the last of the 32-bit operating systems for me, as it was once again time to Break Memory Barriers! with 64-bit Win7. 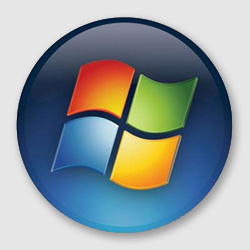 Once again I found myself with another set of disks, this time in a thicker DVD box that also fits on the software shelf. Two DVD’s, one for 32- and 64-bit installation respectively, and since I only needed the one, the “one-beer-per-disk” rule was a lot safer (and a lot less fun).

I studiously backed up all of the important data like my Saitek X52 profiles, the input folder for Black Shark (with all my oddball key bindings), and the graphics folder for Rise of Flight. Everything I read said that I would have to reformat the main hard drive (I have two in my system), in migrating from 32-bit Vista to 64-bit Win7. I was greatly relieved to see that in fact it installed quite nicely without doing so, shoving all the previous junk into a “Windows.old” directory. Stuff would have to be reinstalled to get the registry entries updated, but when the wife asked if I would set up Office 2007 and re-import the .pst files and the documents she had put on my gaming system, I was totally saved from complete wifey-meltdown.

Like every OS, Windows 7 has its good and bad.

The “Getting Started” area of the taskbar is full of useless crap, but they did put Solitaire right up front so that I didn’t have to go looking for it. The defrag is once again just a percentage statistic, which really made me frown — I thought the little girl on the commercials said “happy, happy, happy.” The DOS prompt is hidden within the Accessories area, which is a huge statement of confidence on the part of Microsoft. Guess they get braver as time passes.

I was admittedly let down with the installation of Windows 7.

My PC-fu is great, particularly when it comes to re-installing operating systems, and I had girded myself for the adventure of updating drivers and working around conflicts late through the night. An hour from start, though, I was done. Up and running. Steam was installing the most commonly played games in the background. TeamSpeak, Hyperfighter.sk, Rise of Flight, Black Shark, etc., were back, my profiles in place, and there wasn’t anything left but to correct the time zone. I selected Togo by accident, so the momentary excitement was somewhat redeeming.

All but the MyDefrag program, which will return me to a graphical representation of hard disk defragmentation; third party applications will have to step in where Microsoft failed.

Overall, my Win7 installation made me realize installing a new OS just isn’t much fun anymore. Somehow, it just doesn’t seem fair. But I will always have my stories of OSes gone by to keep me warm.