First on the agenda was the Madcatz team, who had the Saitek Pro Flight Combat rudder pedals on display.

With a gap measurement of 7.25” between the pedals the stance of the pedals is fairly natural. Along with the wide stance, your heels rest on the removable base plate instead of being suspended on the pedals.

Another key feature of the Pro Flight Combat rudder pedals is that the rudder axis has adjustable damping.

Whether the damping was at the highest, mid-range or the lowest setting, the travel was smooth and the entire set remained stationary. There was absolutely no slipping across the floor under heavy use. 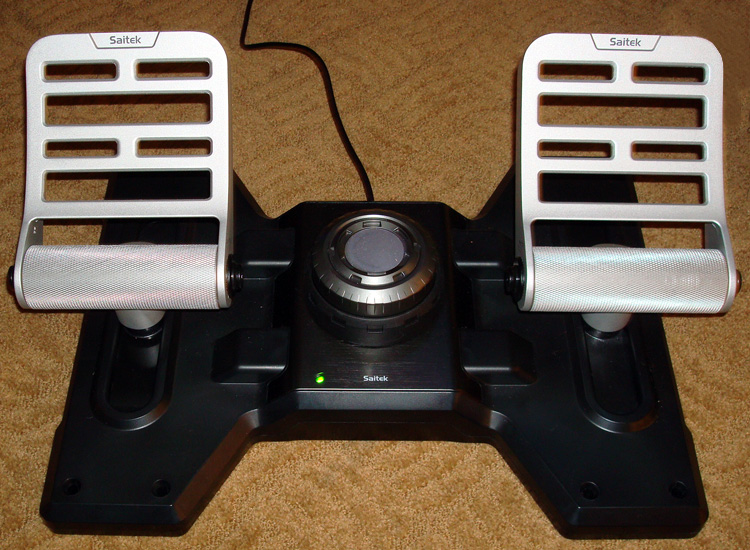 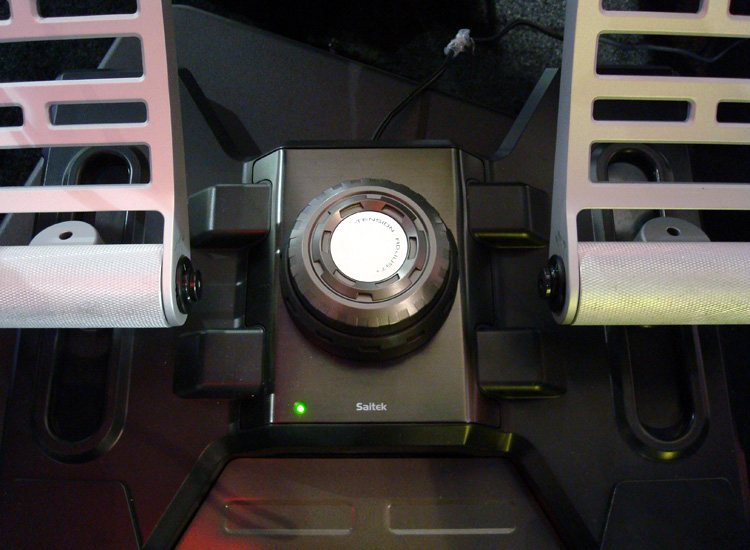 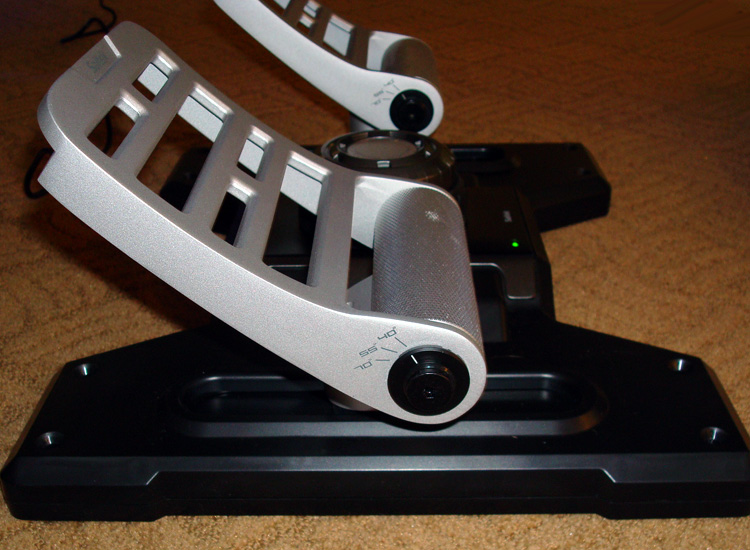 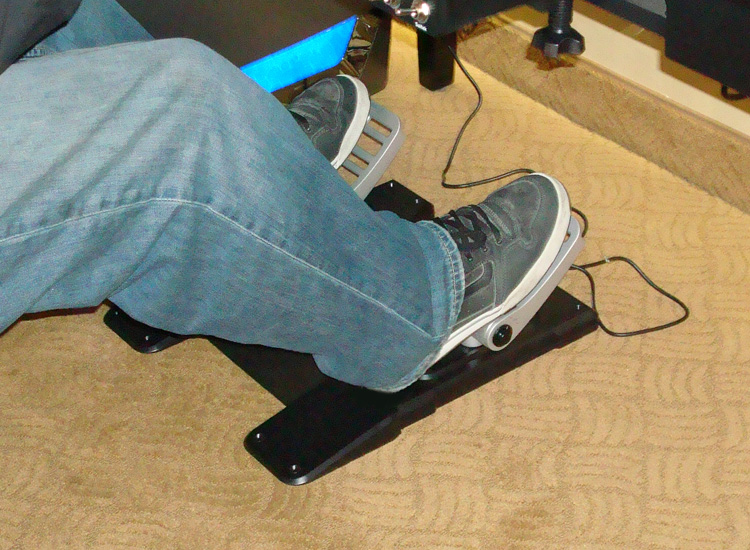