Initially the T500 RS was released as a PS3-only product, but Thrustmaster assured consumers that software drivers for the PC were on the way. And indeed, those drivers are available now from the Thrustmaster web site. The drivers come in an easy to install executable file. Pretty much just follow the ‘next’ buttons and you’re good to go. The driver’s graphical user interface isn’t much to look at, but all the functionality is there.

Driving impressions on the PC

I tried the T500 RS out with rFactor, using the ILMS v2.78 mod being used in SimHQ’s 20111 SCES endurance series. Using the wheel’s stock 60% FFB setting and my usual 65% FFB strength in the game’s GUI, I was suitably impressed with the T500 RS’s force feedback and vibration response. Robust FFB response is a bit of an understatement! The wheel really lets you feel every bump and thrust from rFactor’sFFB code, which really enhances the entertainment experience. 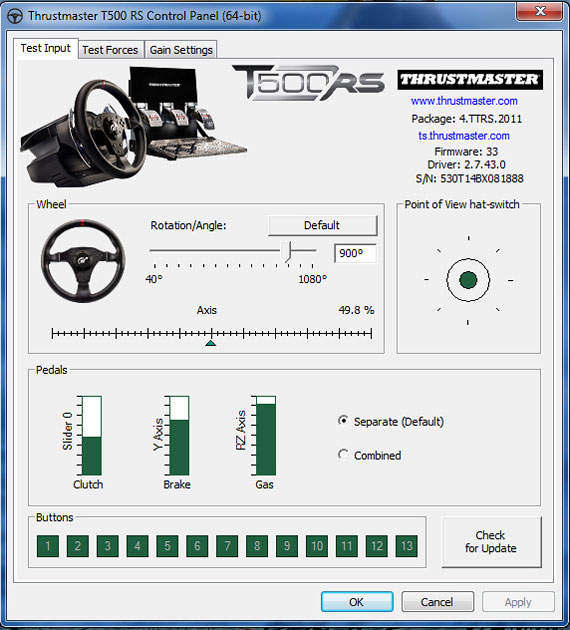 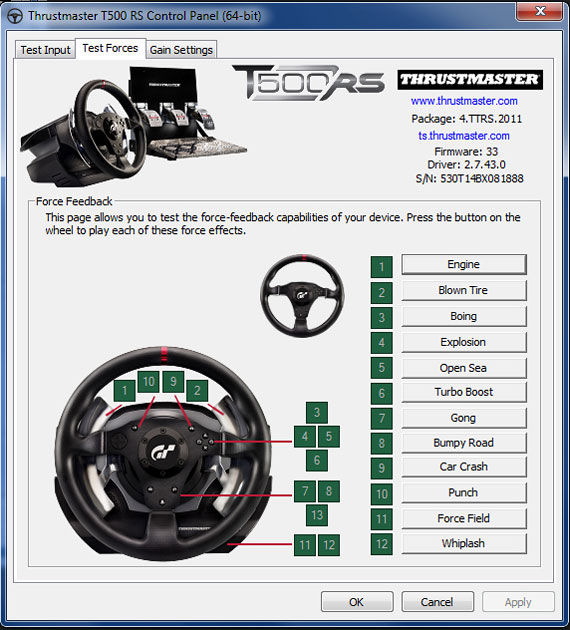 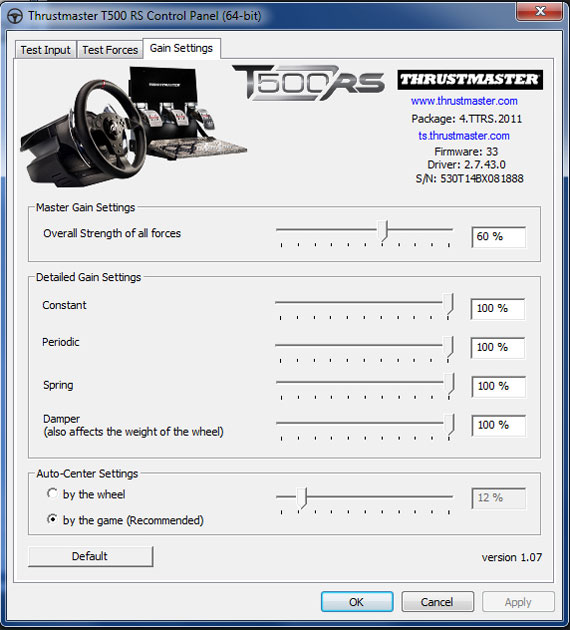 Driving impressions on the PS3

I tried the wheel out with GT5, the game it is purpose-built to support. Some have said that GT5’s FFB outputs are too subtle. I haven’t found that to be the case with my own Fanatec wheel, and subtle is definitely not an issue with the T500 RS. Thrustmaster’s FFB and return spring resistance have both brute strength and are progressively delivered with a broad range in amplitude, giving the game immersion and a realistic feel without making the wheel feel jerky. If I had to find fault, it would be that the T500 RS lacks in-wheel adjustments, and FFB communication of understeer from the front wheels is a little under-delivered. Overall, I found the T500 RS’s FFB cueing and strength to be some of the best I’ve sampled, and it works very well with GT5’s FFB code. That should come as no surprise, as a recent GT5 patch solidified the bond between the game’s code and that of the T500 RS. 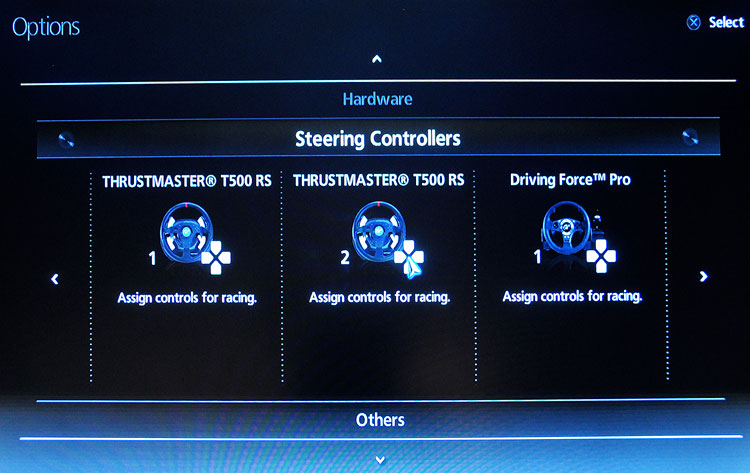 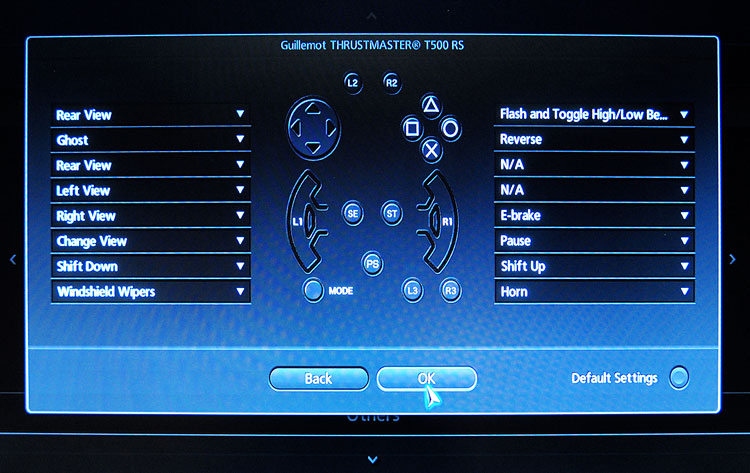