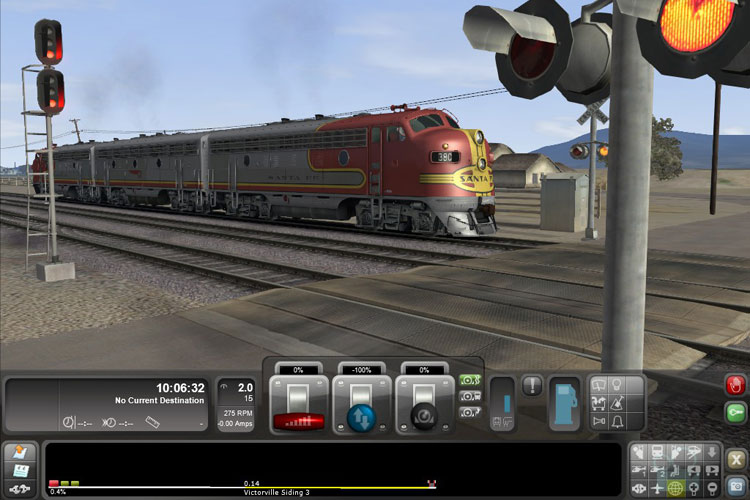 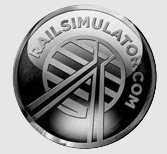 Aside from technical improvements in Train Simulator 2012 (we’ll look at those later), the question of what content comes “in the box” varies slightly depending on where a player is coming from. All players of Train Simulator 2012 will get the same base set of railway routes that were included in Railworks 2, as well as all the same locomotives fromRailworks 2. Two additional locomotives are included as well. The Super Express Train and the EMD F7 Warbonnet.

The “Super Express Train” is described by the user’s manual as the planned replacement for the Intercity 125 by the UK’s Department of Transport. I did not see this train listed as available for driving in any of the included scenarios or free roam modes, though the manual does mention that various configurations are available from within the editor. The EMD F7 Warbonnet is the famous color scheme used by the Santa Fe railroad. Both A and B units are provided, and available within some scenarios.

The variance in content comes with the routes which are included with the package.  For players who are buying Train Simulator 2012on Steam or the Deluxe Boxed Edition for the first time, they will receive a route called “The Horseshoe Curve”, which represents a segment of the well known Pennsylvania Railroad.

Additionally, there is a selection of scenarios included for The Horseshoe Curve as well. These cover an introduction to the rail route, plus Standard and Career Mode scenarios. These, along with The Horseshoe Curve itself, will be looked at in greater detail in a separate article.

Unlike players who are buying Train Simulator 2012 for the first time, players who are upgrading their Railworks 2 package to Train Simulator 2012 WILL NOT receive “The Horseshoe Curve” with their update. For these players, this route and its other content will be separately available for purchase as a DLC add-on. The price is listed as $29.99 USD ($14.99 on promotion) on the Railsimulator.com web site at the time of this writing.