Although the Mi-8 is a transport helicopter at its core, the significant payload capability, the excess power, and ease of controls make it an effective gunship. In the pre-release of DCS: Mi-8MTV2we get to sling unguided rockets (various variants of the S-8), gun pods (including a grenade launcher!), and a slew of free-fall bombs – more than enough to get any party started. 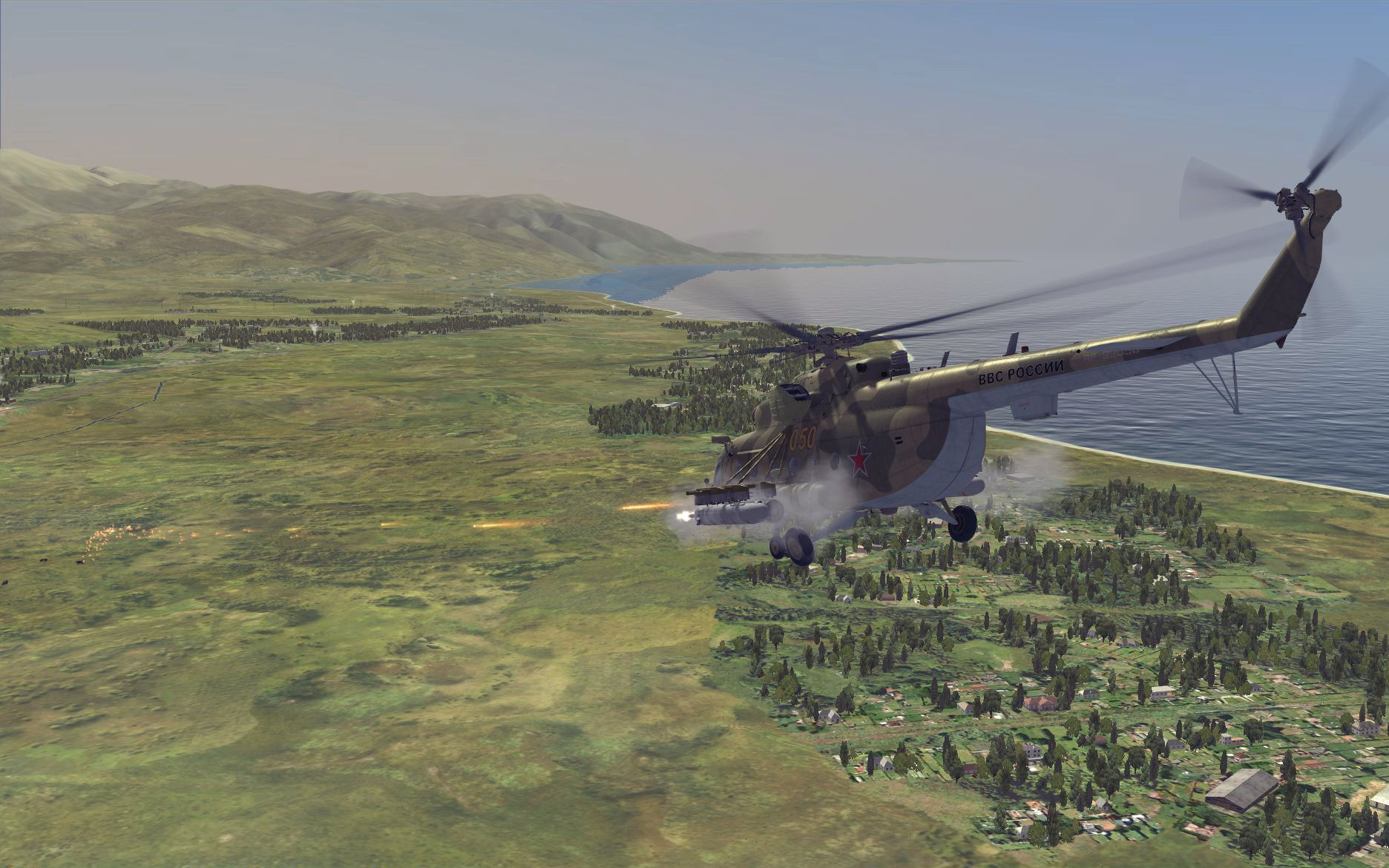 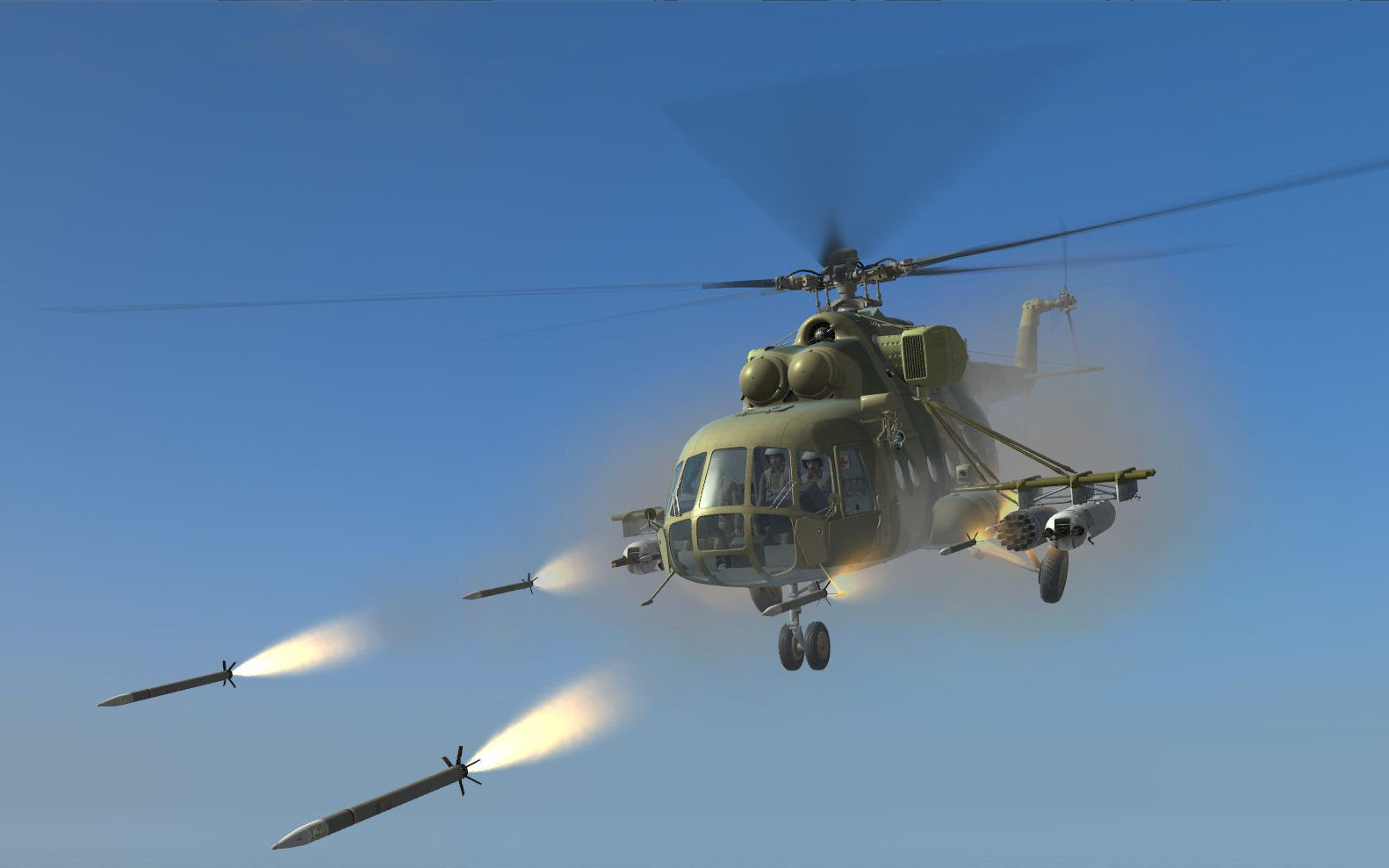 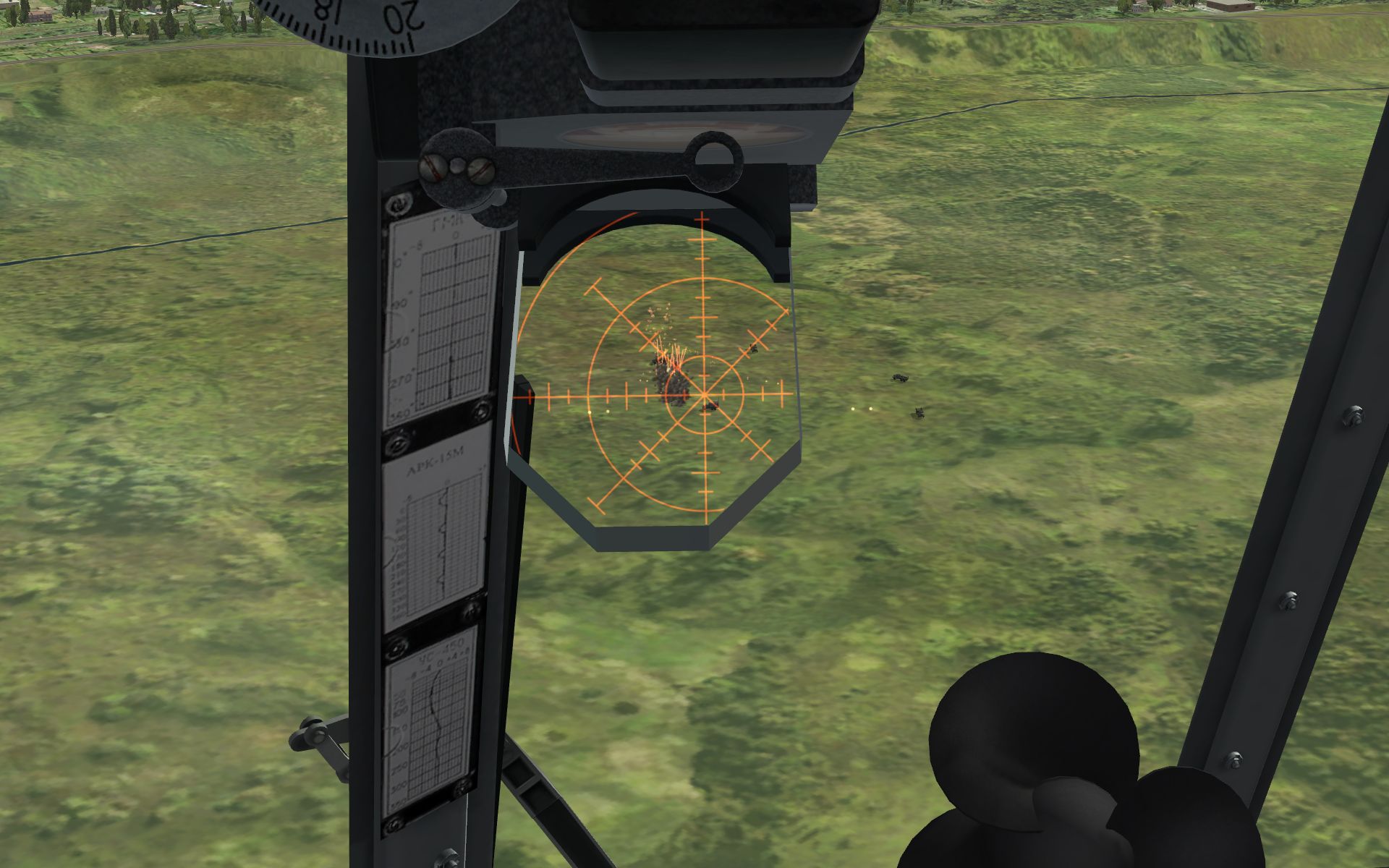 A collimated sight provides a handy place to see where your rounds are going to miss. 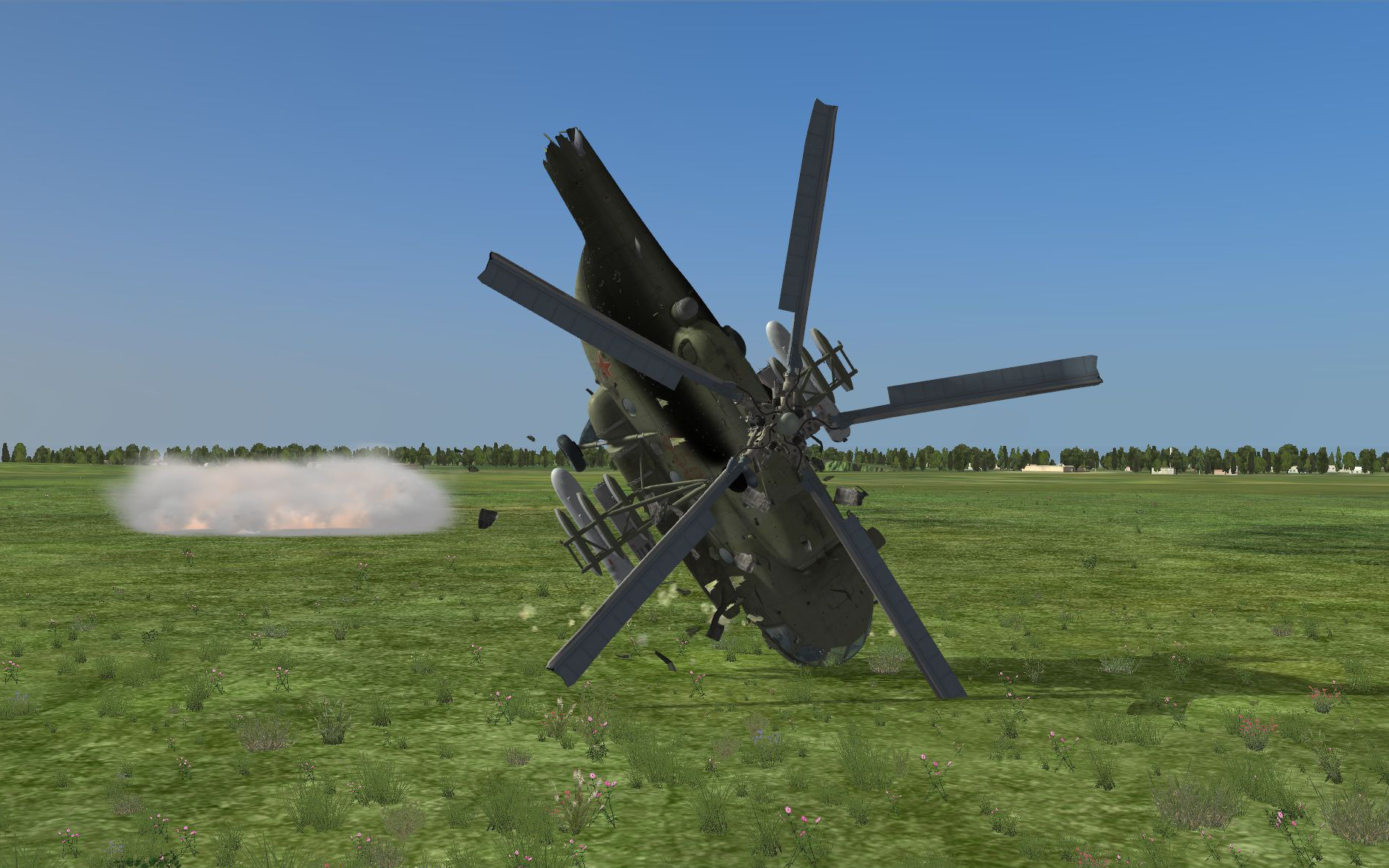 Three missions designed for the Mi-8 are included with the pre-release – Documents, Acclimation, and Bulls Eye! 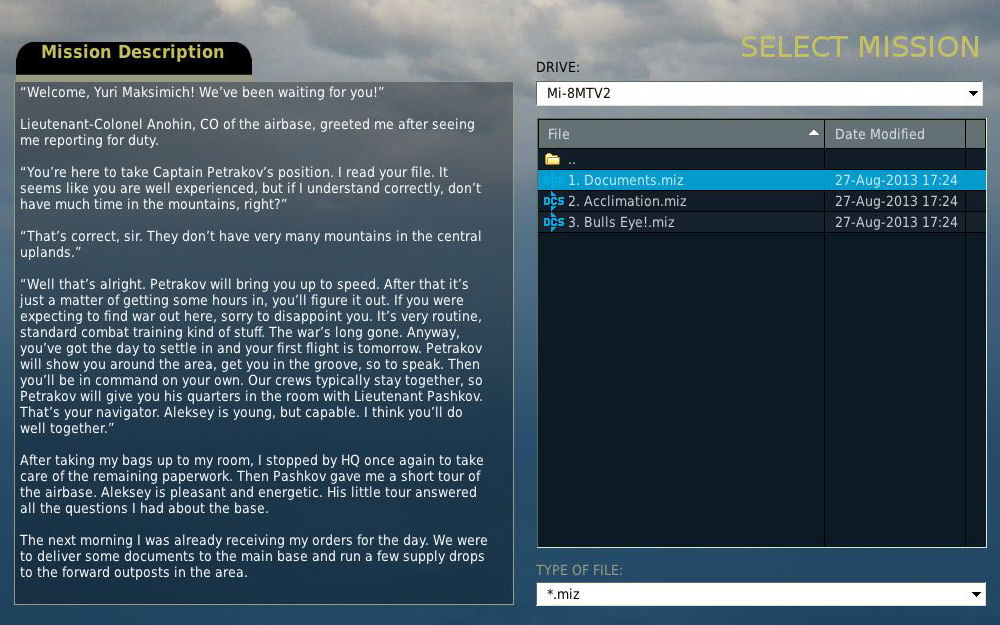 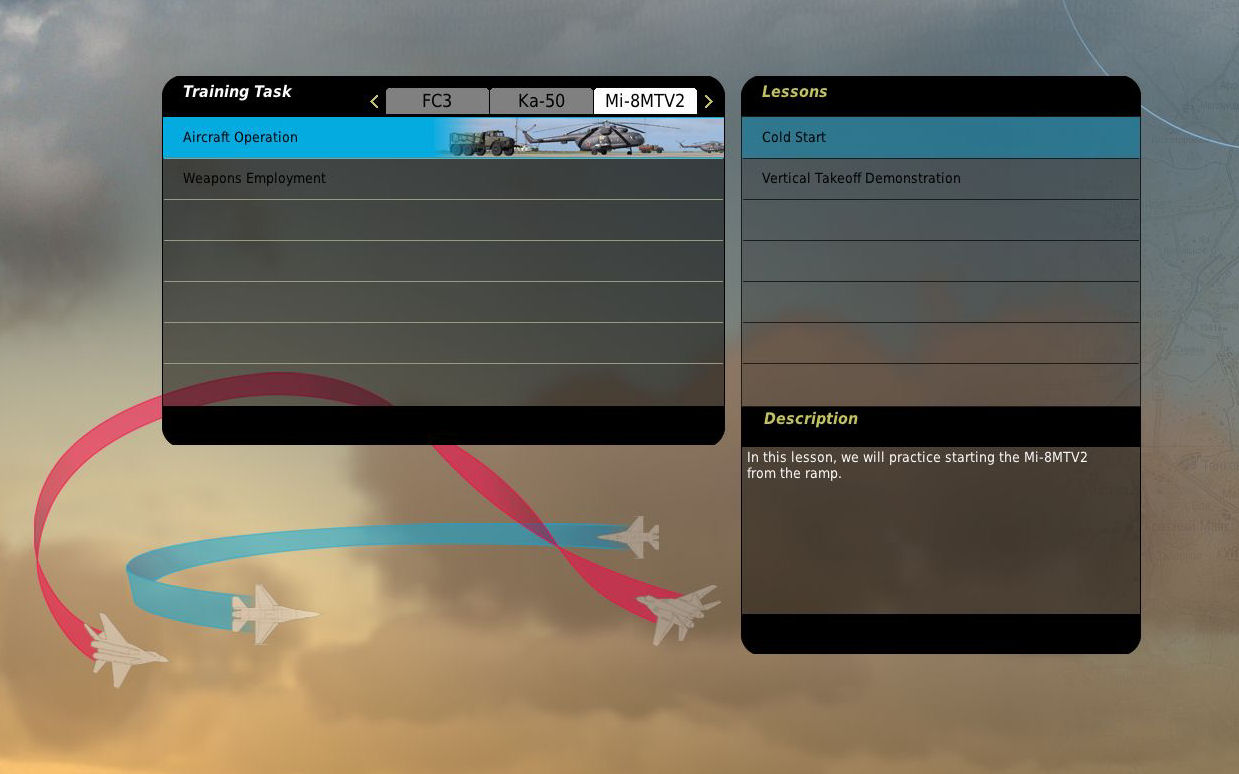 There are a few interactive training missions included to help get up to speed…after reading all your manuals, of course!

No campaigns were included with this pre-release beta.

DCS: Mi-8MTV2 Magnificent Eight is on track to be yet another high-fidelity helicopter simulation with great potential.