So far we have looked at the first chapters of the IL-2 legend, IL-2 Sturmovik and Forgotten Battles. Now we move from Europe to the Pacific.

“…in what has to be the final utilization for the IL-2 engine, Oleg Maddox, Ilya Shevchenko and company have released Pacific Fighters, an either stand alone or companion game for IL-2: FB / AEP that attempts to finally fill that gap that has been missing in the Pacific Theatre” SimHQ reviewer Tom Cofield wrote.

“Final utilization” it wasn’t (who could have known?) but fans welcomed the move to the Pacific Theatre enthusiastically. Rumor had it, that the Pacific Fighters title was a pet project of development lead, Ilya Shevchenko, who personally drove it to completion.

“The game still looks pretty decent overall and is comparable to most of the newer engines that have been released… Aircraft continue to look excellent and border on photo realistic…” Cofield wrote. 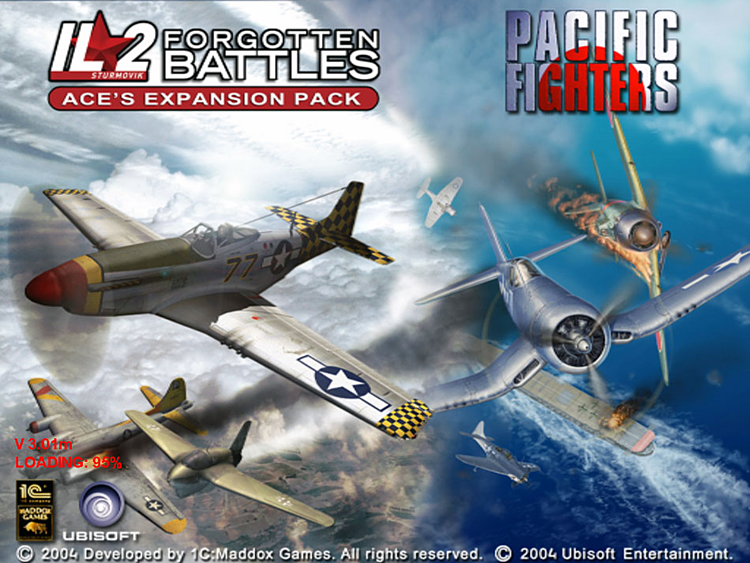 The Allies got the opportunity to fly three variants of the F4F Wildcat, two models of the F6F Hellcat, two variants of the SBD Dauntless, and four variants of the F4U Corsair. The Brits got a Seafire as well as the Bristol Beaufighter Mk 21. The USAAF got a flyable B-25J and A-20G. The Japanese got to fly the A6M Zeke (Zero) including the A6Ma2 (folding wingtips), a3 and a7 plus a seaplane variant. The Ki 43, considered the most maneuverable monoplane fighter of the war, entered the fray with he Ki 84, 61, and 46. The J2M3 Raiden kamikaze fighter and the D3A Val made their appearance in the game. 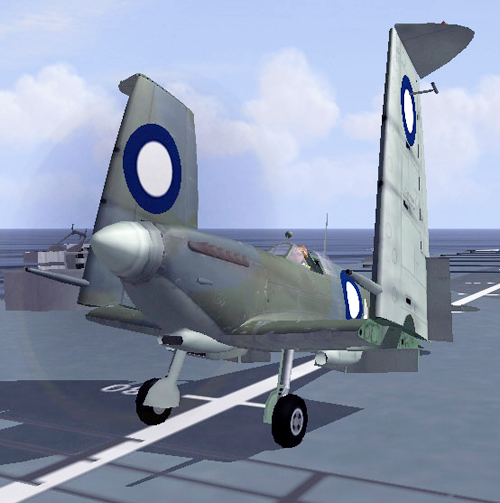 Aircraft carriers and little known types such as the Seafire were introduced.

A good variety of dynamic campaigns based on the Forgotten Battles engine shipped with the title, allowing the player to take on campaigns with the U.S. Navy, Marine Corps, and USAAF. The British got Royal Navy missions and the Australians got RAAF missions where the Beaufighter could bare its teeth. Several different campaigns for the Imperial Japanese Navy and Army were available. Offline players were very happy, as were mission designers with an entirely new theatre, maps and several new air forces to play with.

Again, there were controversies. There were carriers, but no torpedo bomber types to fly off them. There were carriers of various classes, but a lack of battleship and cruiser classes. NaturalPoint TrackIR 6DOF technology, gaining popularity at the time, was not implemented.

And there were some serious fun killers, like the laser accuracy of the 20mm rear gunners on the Japanese Betty bombers. 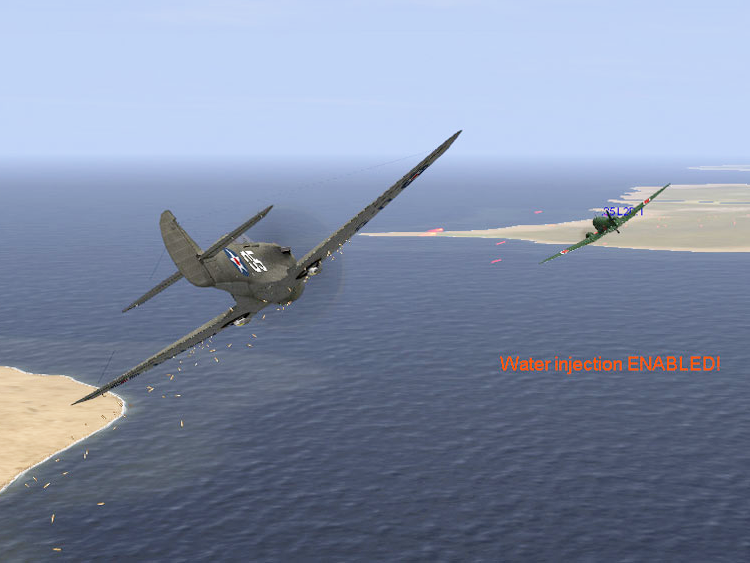 All was not wine and roses – Japanese bombers had superhuman aim, and the AI was still controversial.

Online play did not live up to developer hype, with 1C claiming up to 128 players could be online in a mission at any one time. This didn’t eventuate, with most servers throttling out and choking at about 70 players. Co-op games in particular suffered from lag, and with all the different versions of IL-2 now on the market, it could be a challenge to find a server with your specific flavor of IL-2 on it.

But overall reception of this title was very positive, with Cofield concluding, “It is amazing that this game has progressed from the study sim of the IL-2: Sturmovik to the survey simulation that it has become… this game is by far the best Pacific War flight simulation ever made.”

That conclusion arguably still stands today, and it was just as well, as the next title in the series was more than two years away. 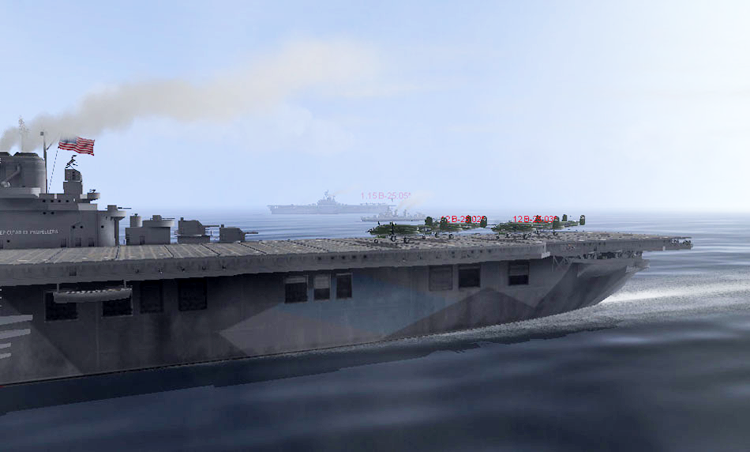 Looking Back with Oleg Maddox – Part 3

Fred: Which was your personal favorite theatre (both the most interesting in a historical perspective, and then in IL-2) and why?

Oleg: The Russian Front of course. It’s what I grew up with. Nothing can compete with childhood impressions or fantasies. I’m sure this is the case for everyone around the world. Things that happened in their country, things they grew up hearing about, are always more interesting than anything else.

Fred: By the end of the IL-2 series, most of the great theatres of war in World War 2 had been addressed, from Eastern Europe to Western Europe, the Battle of Britain, and the Pacific. But some significant theatres were never addressed – such as Africa or Malta. What drove your development or choice of theatres of conflict during the series? For example, why Bessarabia, and not Africa? 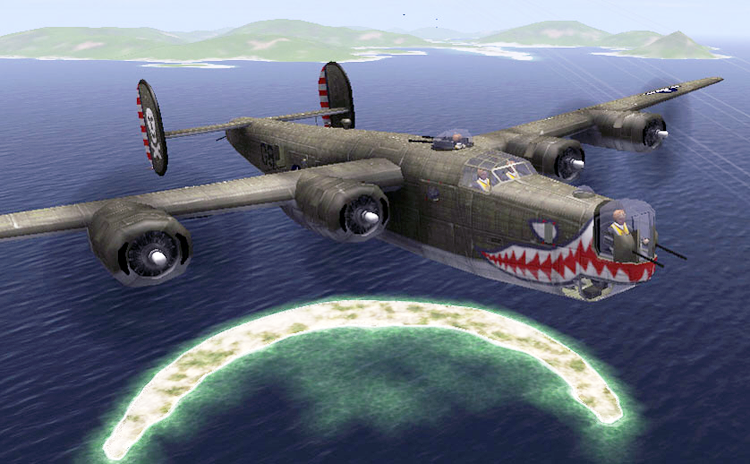 Oleg: It’s a very hard question to answer. We always talked about the Mediterranean and it was always in some plans somewhere. I guess it’s just that, for some subconscious reason, most of the team members were never too excited about it. There was always something else that drew more enthusiasm and pushed Africa just one step back.

Fred: Why was the Battle of Britain left to last? In an interview you stated that it was partly because the IL-2 engine could not draw the Cliffs of Dover? Was this really the reason?

Oleg: We started with 1941 aircraft with the original IL-2, so going back to 1940 always felt a little strange. The iconic cliffs were also an important consideration. It’s hard to say. I guess by the time we were seriously considering Battle of Britain, we already felt that we needed a new engine, and so it just naturally fell into the “start a new series with it” file. Seemed to make sense to start a new series early in the war and progress into the future from there.

Fred: Did sales or download numbers give you an indication of which theatres/maps were the most popular with combat flight sim fans?

Oleg: Definitely. We did look at sales, but we also considered general fan interaction, which was probably more important than sales numbers. Our decisions were certainly not all marketing and sales based, which is probably why we always had such a tumultuous relationship with those departments. It was always more of a dialogue. We’d look to see what excited our fans, then figure out if that excited us too.

Fred: Before IL-2 1946, which was a merger of many other titles and expansion packs, which titles sold the most – the original Forgotten Battles with its Eastern Front focus, Ace expansion pack with its Western Front (Ardennes, Normandy) focus, or Pacific Fighters?

It was a mistake to make Aces Expansion Pack (AEP) as an add-on. The content of AEP was greater than found in full sim products of other developers at the time. I told our publisher it should be a separate sim with the possibility to merge with FB. But the publisher said “No…”.

However, with Pacific Fighters we did a stand alone sim, but with the possibility to merge with previous and coming in the future add-ons or with standalone sims of the IL-2 series for our own risk.

Fred: Which campaign or expansion did you/your team never get around to, that you still wished you had? There was much talk about a Korea expansion after Cliffs of Dover – was that just wishful thinking by Ilya or did some work actually start? 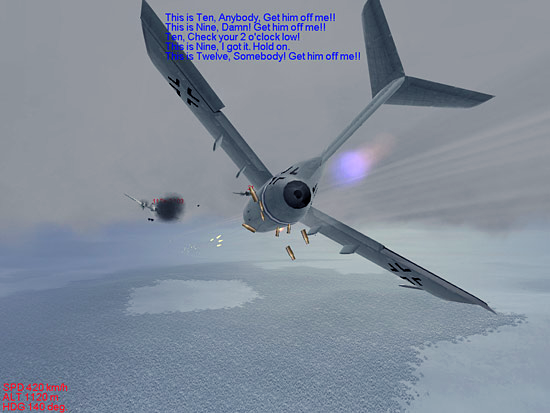 Luftwaffe concept planes, but never MiGs over Korea. They remained a dream on the IL-2 team’s wishlist.

Oleg: Korea was actually half-way done for IL-2, and then scrapped for the Cliffs of Dover engine. There was a tremendous amount of research done for it, and a large collection of references, 3D models and other work is still gathering dust on Ilya’s hard drive. I know he’s still very sad because all that work went to nothing. Unfortunately, as it is today, most of the art done for the Korean project way back then is hopelessly obsolete, so it would not be usable in today’s world. We briefly considered doing a DCS project around it, but it’s just not up to the same standards. We’d have to redo it from scratch.

Fred: The next most discussed topics on SimHQ forums revolved around user developed content: missions, campaigns, dynamic campaign generators etc. In an interview in 2007 you said, “IL-2 is successful because of the experienced and dedicated core team, and the monumental effort by the developers and third-parties that spans nearly a decade.” Were you also thinking of user made content when you said this?

Oleg: That’s exactly what I meant by third parties! User-made content, missions, campaigns, skins, user-run servers and online wars, all those were a huge component of the game’s success.

Fred: A full functioning mission builder has been a part of the IL-2 Sturmovik concept since the very first chapter in the series was released in 2001. Did you foresee how important that feature would be, in building a huge community around the IL-2 sim platform?

Oleg:  Yes. That was one of my main priorities from the start. I knew what was missing from other games I was playing. I knew the exact reason why they had such little replay ability and why I stopped going back to them; or why I kept coming back to some other titles. Both the quick and the full mission builder were absolutely one of the main ways I saw to make IL-2 popular for many years.

Fred: There is always a risk that if users make low quality products, it will damage the “image” of your own work. How did you regard the general quality of user made content for IL-2?

Oleg: I really did not like seeing some user skins myself, especially those with various rude images. Hated the fact that I could not dare to show a part of my own game to friends for fear of offending them with user-made content.

Still, the situation kind of settled by itself. Vandals lost interest quickly, and the fans that stuck with the product were at least as demanding as me and the team. Eventually, the quality of user-made content became so high that it always amazed me.

Speaking about third-party 3D models… Sometime we reworked them 70% or completely that to achieve our standards for IL-2 Series… but still keeping the name of original developer, who sent us that model… I remember just 4 cool third party modelers that made really excellent aircraft models… and it was fans of IL-2 that were working professionally in other games companies.

Fred: It could be argued that by creating such good mission building tools, you restricted your own ability to make money by licensing third-party developers to develop “campaign expansion packs” for IL-2? Many developers do not do this and keep the rights to make new campaigns / missions / maps to themselves or to companies they license. Why did you go the other way?

Oleg: That again was not a marketing decision as much as a personal one. That simply was the kind of game I wanted to make, and the kind of relationship I wanted to have with my fans. It paid off in the case of IL-2, and I’m sure it would pay off again. I would not change it in any future project I may make.

IL-2 Sturmovik Retrospective: Looking Back on a Legend