By SimHQ on December 3, 2013 in Air Combat, Air Combat Interviews

SimHQ’s Jens “McGonigle” Lindblad talks with Matt Milne in anticipation of the planned December release of Wings Over Flanders Fields for which Matt has scored and produced the original soundtrack.

His influences include John Williams, Rachmaninoff, Howard Shore, Hans Zimmer, James Horner and others. Matt’s scores often feature epic, soaring melody and driving underscore, memorable and emotive themes, guaranteed to capture the audience’s full attention as it has indeed when related to the score for Over Flanders Fields: Between Heaven and Hell ( Phase 3), and now also Wings Over Flanders Fields. 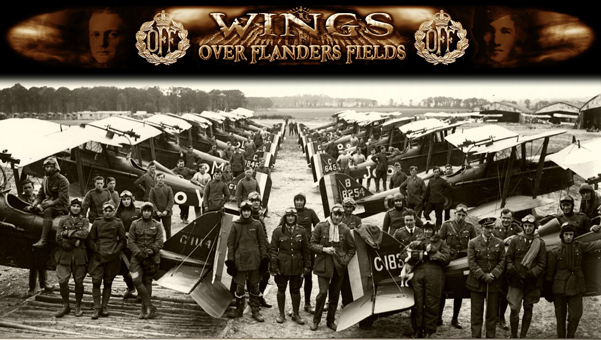 Jens: With players ranging from their early teens, right up to the age of 96; from the Jazz era, through rock, to pop and electronic; how do you write orchestral music that appeals to 4 generations, with completely different musical tastes?

Matt: One big advantage that the orchestra has, is that it can connect with your thoughts and feelings directly, and it does this almost universally, regardless of your music tastes.  Creating a sense of scale and history, you allow it to enhance and guide your experience, and that’s all it needs to do.

Jens: How is that connection achieved?

Matt: A good deal of it remains a complete mystery, the interaction between music and the human brain is an area of ongoing study in both the medical and music communities.

Certain combinations of instruments can have a powerful effect, boys choir and cello for example. Solo trumpet, strings and choir are another, also strings and piano. Strings are very much the foundation, the bread and butter of an orchestral track. Similarly combinations can have a negative effect. Too much percussion or solo instruments can tire the ear, or smother underlying threads in the music, pushing the listener away.

It’s not just orchestration.  One scoring technique is called Leitmotif. That is where you put a theme to a particular character, or event. Many composers make the mistake of simply repeating it every time that event happens, or that character appears. The key to effective leitmotif is to alter the theme to match the story development. The listener is carried along with that allowing them to follow and understand what is happening, and when they do that, only then is it possible to affect how they feel about it.

It is not just a film or television technique either. It has a huge role to play in games, and I have used it extensively in this score. The pilot theme, the phase 3 theme, the main theme and many others appear in virtually all tracks, either as a main element or a counter-melody (a tune that can be played with and against another tune). For example, in all the flight tracks the pilot theme appears, as you would expect, but they also contain the flying theme and fragments of the death, win and main themes.

Both orchestration and scoring techniques create a score that bridges the gulf between player and screen, and guides them through their experience; its main function.  There is no such thing as mood, or background music, only good or bad music.

I could go into great detail about each track and how each instrument represents a particular aspect, or event, but that is not how this particular score was written.  In truth, it was all written from a single in-game screenshot.  I knew what needed to be written from that fraction of a spotting session, I wrote it down, and that’s all there was to it.

I use a program called a sequencer to write music. I am always more comfortable with a digital piano roll, than with music notation, and I find it much faster and more efficient.  It’s much easier with cut and paste, to move things around and try different things out, to get a better fit, or a more effective use of instruments, a little neater and quicker, than actually cutting and pasting bits of paper together.

Jens: So the romantic vision of the composer conducting a huge live symphony orchestra for the recording of the soundtrack has been relegated to the history books in light of the digital revolution; all is done on the computer now, or are there exceptions?

Matt: Indeed, that is a fair assessment of the modern entertainment industry as far as music is concerned. The largest studios can afford to blend, that is to have a few live instrumentalists mixed with digital, and that has been the case since the early nineties. Originally, every studio had its own orchestra, hundreds in total, now there is only one that I know of. Only the largest of music budgets can accommodate the thousands of man-hours required to produce a physical score, alas. The sound of samples can never match the beauty of a live orchestra, but a composer’s personal music tastes must never be put ahead of the requirements and needs of a production and its audience, those have to come first. And what all productions need is a powerful, appropriate score, produced cleanly, without any hassle, on time and on budget.  I would never delay a production because I wanted the music to sound perfect, I couldn’t do that to the director, the studio, or the public.

Jens: How big is the orchestra in the score, how many instruments did you employ, even if they are in a digital representation?

Matt: There are at least 80 string instruments, 40 brass, 20 woodwind and a full percussion section, all told over 150 instruments, with a full choir (some additional 80 voices), giving over 250 in their digital form.

By the time you’ve found and hired them, arranged and printed the score for them to perform, rented and miked up the massive hall to put them in, hired a huge staff to administer, manage, edit and mix it all, only to find most of it no good for one reason or another requiring digital instruments anyway, or partial or complete re-recording, it would cost more than a sports team and have delayed the production by many weeks, possibly months.

I don’t like to argue live vs digital, live is going to win every time with me. However I think that you must be practical, down to earth, and realistic, and do what is in the best interests of the production and audience. Sometimes that means digital, and sometimes that means live. In this case, it meant digital.

Jens: How does a piece of music take shape? Do you start with melody, and arrange the score around the melody, or does an idea for an arrangement start off a new tune?

Matt: Which comes first, the wheels or the chassis?  In music terms both melody and chords could be the wheels or the chassis of the track. I usually write a melody then arrange it in 4-chord sections. This is a technique found in rock and pop music, and is another way to get people who are interested in those genres, to follow along with what you’re doing.

Music composition should never be forced or artificially constructed. It should come from the screenshot or footage infront of you, and flow back to the screen from your head, fully formed, in a single, instant, natural, continually-flowing process. This always produces the best results.

Jens: How are the chances of a CD, or MP3/FLAC album containing the WOFF scores for download from Bandcamp.com, or from some other music site?

Matt: We of course have created a soundtrack album, as requested by many fans.

Buying the soundtrack album is the best way to show your support and appreciation of the music, as the composer benefits directly from that.

We looked at a number of formats, including ogg and flac. Flac didn’t perform well with the choir and brass in tests, and ogg is not widely usable without a lot of conversion hassle. Mp3 is of course still under patent in the US, and not available there until 2015 or later. Ultimately we went with wav, the format it was recorded in. The soundtrack album will contain the original studio tracks in their highest quality. There is minimal cleaning to reduce distortion and flat equalization allowing users to choose their own treble and bass settings. I believe in offering the listener as much quality and choice as possible, wav gives that freedom as it can be converted into anything and post-processed by almost all devices.

Jens: Were there any tracks that didn’t make it into the score?

Matt: There are always a few tracks that have to be cut from the final score. I had written a credit song, about a pilot who lost his brothers in each major event in the war. It would have been a depressing note to end the game on, and in many ways I’m glad I dropped it. Not everything that’s cut is a loss, and less is often more. 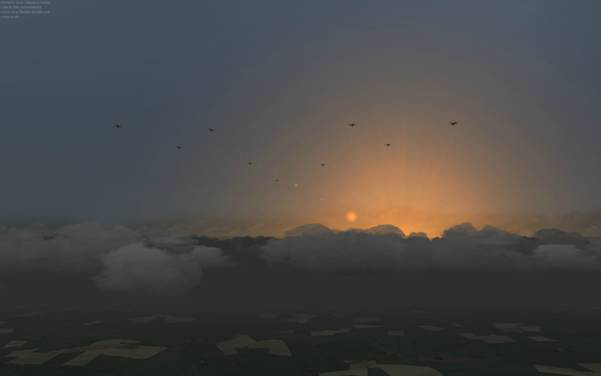 Matt: War is a tragedy and the point of remembering it a century later, is to acknowledge the mistakes of the past, so that we don’t repeat them in the future. Those who served in a global war, gave what a great man once called ‘the last full measure of devotion’; their lives, so that we wouldn’t have to.

Perhaps it’s not just about your pilot, and the assortment of sticks and canvas and paper he’s flying in, or even the people he served with, the missions he flew or the medals he won for doing so.  It’s about those men and boys in the trenches, the people back home, and the free and prosperous world we live in today. There’s more to it than just flying and shooting. That’s what the devs put into the game, that’s what I wanted the score to convey, and I hope it does that.  I loved scoring every minute of it, and I was sad when it was over in just a few short days. The enormous canvas a war project provides is something no composer should pass up, and I continue to be grateful to have been asked and allowed to do it.

Jens: You certainly have achieved a fitting and majestic score which reaches and touches the hearts of many of us, a score which honors the men and their sheer courage, in the air on land, and on sea, as have the developers.

Matt, it has been a pleasure. Thank you very much for sharing your views on scoring the music with us. It is fascinating reading.

IL-2 Sturmovik Retrospective: Looking Back on a Legend
Wings: Over Flanders Fields Released