By AggressorBLUE on April 1, 2014 in Air Combat, Aviation, Hardware, Reviews

As a long time digital aviator, I’ve had a somewhat tepid relationship with Yaw. Frankly, it’s not the most exciting input one can make to an aircraft. In fact, it’s been relegated to clean-up duty for the mess other inputs make:  Yank back on the stick in your Spitfire? Yaw’s there to deliver a swift round-house kick to that excess pfactor. Start banking in that 172 during check outs? Your instructor will be cross if you don’t punch in some yaw to coordinate that turn. Ready to lift off in a combat-ready MI-8? Yaw’s there to hip-check (see what I did there?) excess rotor torque back in place.

Yet for all its loyal service, Yaw never really gets its day. In movies, it’s always the close up of pilots slamming the throttle to the firewall, or pulling way back on the stick in a panicked attempt to shake a MiG. The terrain avoidance system always blurts out  “PULL! UP!”,  never “…and be sure to apply some right rudder to counter adverse yaw.”  We call it “turn-and-burn,” not “coordinated-turn-and-side-slip.”

If that’s not enough, even we simmers put poor old Yaw in the corner. I’ve used rudder pedals, from CH, Logitech, and Saitek, and all of them seem behind the curve compared to their desktop-borne HOTAS counterparts. They were never things I actually wanted, but simply something I needed. Even then, with these controls in place I always felt a disconnect from the axis. I was never commanding yaw, just randomly stabbing at pedals and hoping it would happen.

Finally, the under-appreciated workhorse of the axes gets its day. There’s a new controller in town, and it doesn’t just input Yaw, it celebrates it:  the MFG Crosswind Rudder Pedals. 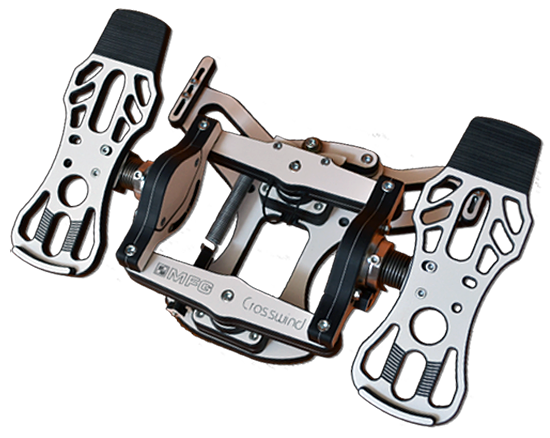 The MFG Crosswind Pedals are arguably the best value in rudder pedals currently available to flight sim enthusiasts outside of a government contract. They exist in an echelon above the boxed offerings from CH Products and Saitek, squarely establishing themselves as a hobby-grade product. They offer a level of  precision, adjustability, and serviceability not found in products plucked from the shelves of your local big-box retailer.

Even more impressive, these pedals are the brainchild of one man: Milan Šimundža. A humble furniture maker from Croatia, Milan married a passion for flight sims, an eye for engineering, and applied knowledge of CNC based manufacturing techniques to create a piece of simming hardware that puts much larger companies to shame.

Milan also has access to something many of the hobbyist control builders around the community don’t have: a 1000 sq. meter furniture manufacturing facility complete with high-end CNC machinery.

You know that scene in The Last Crusade where Indiana Jones has all the rudder pedal boxes set out in front of him? Then he has to choose the rudder pedals that Jesus used, which wind up being not the loudest looking box, but actually the most humble? Or something like that?

These are those pedals.  When faced with the options of wasting money on pointless box art, or affordable, secure packaging, Milan chose wisely… 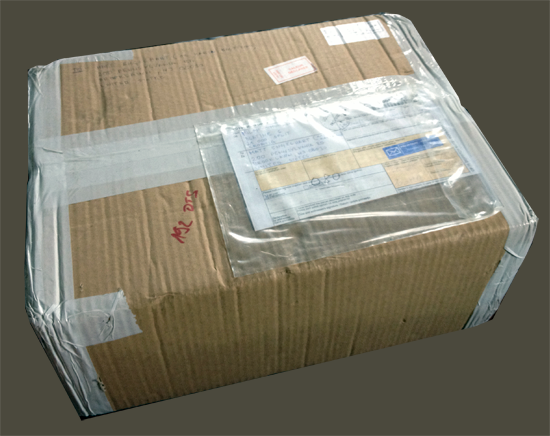 More importantly, this packaging flies fast and low under significant others’ radar… 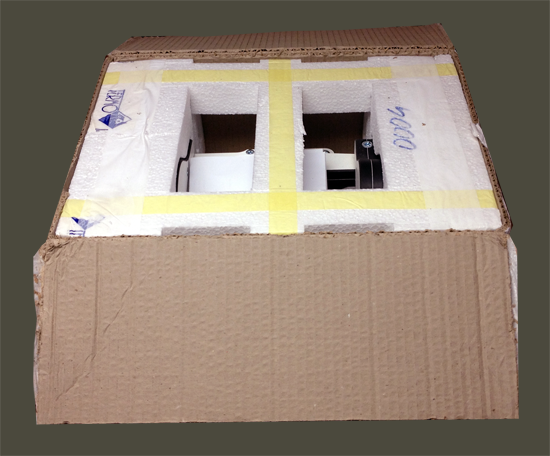 Once everything has been removed, you’re left with a few assembly steps as outlined on Milan’s web site (he includes a link to this in a letter that comes with the box). 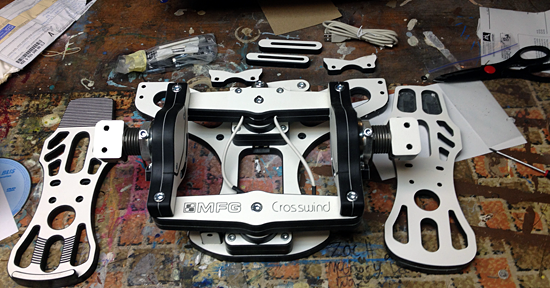 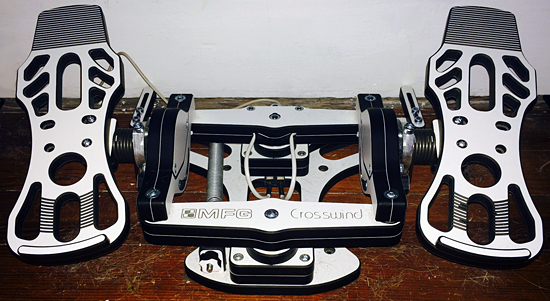 Assembly is relatively straight forward, and within 20 minutes of fiddling with the included allen key, you’ll be ready to hook these up to your PC.

Milan chose a pedal design that would make Willy Messerschmitt himself proud. Put simply, if you like the idea of having part of an ME-109 under your desk, you’ll like the way these pedals look. If you had your heart set on something less mainstream, fear not: The stock pedal foot pads can be removed, and with enough do-it-yourself elbow grease, be replaced with something more suiting of that Breda ba.88 sim pit you’re building. Milan also has plans to release a set of pedals more along the lines of what you’d find on a modern fighter, such as the F-16, so there’s that option too.

There is of course the white MFD they’re made of, but frankly you’ll hardly notice once you slide these in under your desk. More to the point, they’re easy enough to paint thanks to how straight forward they are disassemble. An allen key, some rattle cans, and an afternoon should see these pedals bedecked in that Hello-Kitty motif you’ve got going in the man-cave.

Of course, the looks of these pedals are largely inconsequential to their function, and the 109 type foot rests are very adaptable to shoes, boots, and even socks. I generally don’t fly barefoot myself, but if you’re weird like that, I imagine flying au-natural being a non-issue.

Aesthetics aside, There is major advantage to the skeletal nature of these pedals: pet hair, dust, dirt, nail clippings, small rodents, lint, toe fungus, and all the other gnarly stuff found under the average simmers desk won’t clog up the unit’s functions. Unlike units such as the Saitek Combat Rudders and CH Pro pedals, the Crosswind has nowhere for dirt to get trapped. The result is never having to clean under your desk again and a design that maintains its smooth, fluid motion over time with virtually no cleaning.

In fact, it’s quite clear that this was designed as a low-maintenance/easy-to-service product. Just look at the cables that connect the brakes’ hall sensors to the unit’s main board: 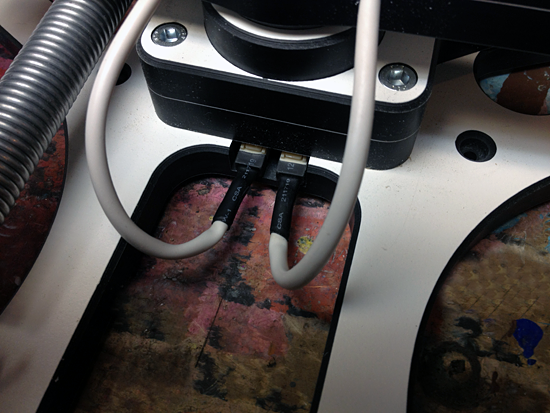 These use standard PC fan cable plugs, so repair should be straight forward. Especially if, for example, you have pets with a taste for fine gaming hardware.