By Fred "HeinKill" Williams on September 2, 2014 in Books
Digital age author Hugh Howey specialises in post apocalyptic ‘what happens after the end of the world’ storytelling, with minutely imagined, detailed worlds and compelling characters whose fates you cannot fail to care about.Many book lovers will need no introduction to Howey and his famous ‘Sand’ and ‘Silo’ series books, so for this review I have chosen to review two of his lesser known efforts, ‘Half Way Home’ and ‘Hurricane’ .But for those who have yet to discover Howey, you are in for a treat, so here is a little background.Howey’s first work, ‘Wool’ was a short story about a group of post nuclear war survivors living deep under the earth in an old missile silo (hence the nickname ‘the Silo saga’), and was published by a small press. After that, Howey hopped on board the Amazon direct publishing express, putting out each episode of his ‘Silo’ series of books on Amazon digital, almost all of which were rated four stars and above by readers. Eventually all the episodes were collected in a compendium ‘The Wool Omnibus Edition’, followed by a sequel ‘The Shift Omnibus Edition’, and then a move to a new dystopian universe for the ‘Sand Omnibus Edition’. 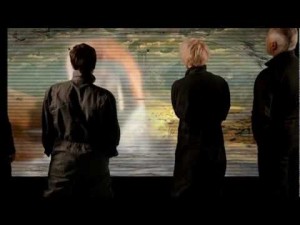 I have devoured every word of these titles with relish and recommend them wholeheartedly to both lovers of future fiction, but also those who just love good writing.

Now, to the two works in hand, ‘Hurricane’ and ‘Half Way Home’.

Both are rather short, a little longer than a novella, not quite a novel. Both have the flavour of ideas Howey was exploring, that didn’t make it quite as far as full blown epics like his ‘Silo’ and ‘Sand’ series. They taste very much like a ‘back catalogue’ of story ideas Howey explored early in his creative writing days, published in the light of his later success. But worth a read anway, and with the advantage that not being full novels, they only cost USD 3.99! 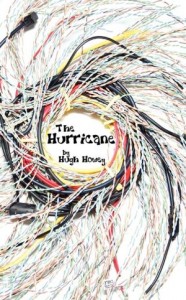 What happens to suburbia when the lights go out? And stay out?

This is the question Howey tackles in ‘Hurricane’, obviously inspired by Hurricane Katrina, as he focuses on a family living in a small town in the USA in the days after a Hurricane lays the entire State to waste.

It was an intriguing premise to me, because I experienced something vaguely similar (without the threat of the walls collapsing on me) in Toronto during the NorthEast Blackout of 2003. We had no power for 4 days, which meant no light, no aircon, no gasoline, no public transport, no running water. And in that time I learned how easily we take for granted the world we live in, when the electricity cuts out and you suddenly find yourself walking down to a relief station to get bottled water.

Howey’s family in ‘Hurricane’ suddenly learns they have neighbours they have never met before, learns about doing something for their community rather than just living in their own little bubble, and the nerdy younger son even finds some romance.

It is a strangely quietly paced story, for a disaster novella, without the usual Hugh Howey plot devices of mystery, tension or climax, but rather is focused on the bigger question of how we communicate with each other, with, and without electricity.

It had very much the feeling of a short story idea that was worth a novella, but wouldn’t justify the full treatment of a Hugh Howey epic.

I give it a 3/5, knowing that for all his other works he scores a solid 4 or 5/5. It feels like ice cream without the chocolate sprinkles. 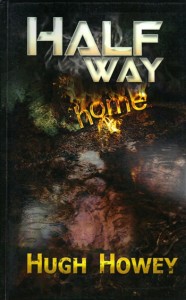 In ‘Half Way Home’ Howey is on much firmer, post apocalyptic ground. In fact, this story was probably one of the test balloons he sent up, toying around with ideas before he started writing the ‘Silo’ series.

The premise is intriguing. An Earth on the verge of collapse, fires ‘lifeboats’ off into space toward possible Earth like planets in a last ditch effort to save the human race. But these lifeboats are different. Rather than being packed to the rafters with human settlers in cryogenic storage (the usual story) the lifeboats contain thousands of blastocysts (pre-embryonic cells) which can be stimulated into growing into humans by the ship AI if the ship does indeed find a planet capable of sustaining life. A clever, much more efficient way of transporting thousands of settlers with minimal resource use

The twist to the tale? The ship AI has to make a judgement call once it lands on a planet…after sending out probes and checking the local flora and fauna, it must decide whether or not the planet can sustain a successful colony – if not, it must self destruct and abort the colony, thereby destroying or killing all the potential lives within, even if they are within the late stages of being cultured and ready for waking.

In ‘Half Way Home’ the ship AI decides it has found a habitable planet. It explores the planet, likes what it sees, and starts culturing the human settlers to maturity. However, as they are nearing the time to wake, something happens to make the AI change its mind. It begins the destruct sequence, and the characters in ‘Half Way Home’ awake to find their habitat ablaze and exploding as the AI self destructs.

Then, it terminates the self destruct sequence, allowing about half of the settlers to survive.

It has a mission it needs them to complete.

What this mission is, why the ship AI decided to self destruct and then cancel the self destruct sequence, how the survivors will be able to make a life on the new planet with half of their supplies and infrastructure burned to the ground – these are the questions Howey throws into the air and then goes about revealing. Along the way he paints the picture of an alien world, familiar but strange, with a group of advanced technology survivors forced to live under the stars like Neanderthals.

Into this mix, is the fact the newly awakened humans are newborns in the bodies of adults, so Howey gives his story a little dose of William Golding’s ‘Lord of the Flies’, playing with the question of how a group of newborn adult/children would behave if you threw them into a terrifying life or death survival situation, under the guidance of an enigmatic and possibly evil minded AI.

The book resolves all the questions nicely, is well paced, but is a bit like a Chinese meal and leaves you still hungry at the end.

Knowing that Howey was also working on the ‘Silo’ series at the time, it is easy to see why he chose to follow that story idea, rather than this one, but ‘Half Way Home’ is a story begging for a sequel. And the feeling that this was just a literary experiment that will probably never generate that sequel, is quite frustrating!

Still, I really enjoyed it and on its own merits would give it a 4/5, which I would up to a 5 if I heard there was a sequel on the way!

Discuss on the forums….