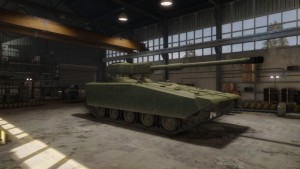 With Armored Warfare’s Head Start phase well underway, Obsidian Entertainment and My.com are providing players with a final chance to grab a Founder’s Pack, as well as announcing some incoming updates to the game’s progression system.

If you’re interested in the game, you may want to check out the Head Start – Open Beta going on right now, as all progress made during this phase is kept and transferred over to the live release. In effect, the game is already launched and ready to go, with the official launch coming this Thursday, October 8th.

Obviously, with the launch right around the corner, Obsidian will be phasing out the Founder’s Packs which contain exclusive items, such as: 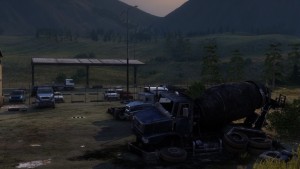 In total there are three Founder’s Packs, but if you want the unique content above, you’ll have to dish out for the Lord of War bundle – unsurprisingly, the most expensive at $69.99 USD. Along with the exclusive content, the Lord of War bundle also gives you the premium MBT-70 (Tier 6) and the ZS15-Zhalo-S (Tier 4), $30 dollars’ worth of gold, 90 days premiums status, and access to the Head Start phase.

The Mercenary Commander bundle runs $29.99 USD and comes with the Commander, ZS15-Zhalo-S (Tier 4), $15 dollars of gold, 30 days of premium, and access to the Head Start phase.

Finally, the Soldier of Fortune bundle is only $14.99 USD and foregoes the bonus content, but nets you $5 dollars of gold, 15 days of premium, and access to the Head Start phase.

Due to player complaint about slow progression and meaningless “premium” vehicles, Obsidian and My.com are implementing a rebalance of the game’s progression. The current changes thus far are:

Time will tell if these changes are enough to address player complaints, but it looks to be a step in the right direction, at least.