Close Combat: Gateway to Caen from Matrix games is launching today and you can jump in without having to go through a backlog of older titles. This was the first game in the Commandos or Company of Heroes style of game that really captured my imagination. While I am excited to get in and give the game a shot, there is something even more exciting about this release. One that speaks to the future of the series:

Close Combat: Gateway to Caen is the latest release in the critically-acclaimed Close Combat series, and the final release of the current game engine

The setting for this game is exciting as well. After the success of the Allied landings at Normandy, expectations were high that their momentum would continue. That, unfortunately was not the case. City of Caen was originally a British D-Day objective, but Montgomery’s 21st Army would not be able to capture it for weeks to come. The infamous 12th SS Panzer Division held off unbelievable odds, preparing to go on the offensive. The British struck first though and the 2nd SS Panzer Corps was forced to, instead, go on the defensive to stop the British breakthrough along the Odon. In the game, you take control of Montgomery and his commanders and try to take a new path to victory, or you take control of the Germans’ SS Panzer division and change history.

I love the series, though I have not been an avid follower of each game, but seeing that a new engine is on the way is extremely exciting. You can find the game on Steam for…as of this writing a secret amount of money. It should be released around 7:00 PM CST with the boxed version shipping on June 19th.  Let us know what you think if you end up picking the game up!

View the trailer and a couple of screen shots below: 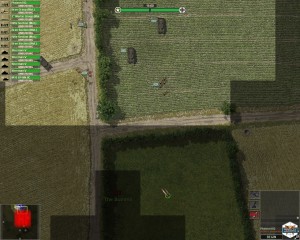 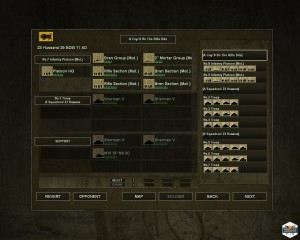