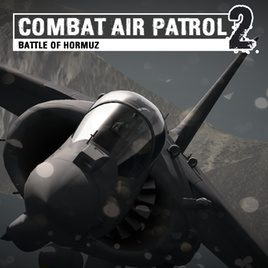 Developer Sim155 has been teasing their Harrier II flight sim since 2014, and just when I think it’s about to come out, it disappears into the shadows for months. If you’re unfamiliar with Combat Air Patrol 2, I wouldn’t be surprised. While it hasn’t exactly been a well-kept secret, it also hasn’t been very publicized, either.

Combat Air Patrol 2 (CAP2) is a flight and naval combat simulator game for PC (Steam/Windows) where you pilot the AV8B Harrier II. After initial flight and tactical training you will be pitched into an immersive scenario against aggressive ground, sea and air based enemies. Use your skill as a pilot and your tactical awareness to engage in dogfights, carry out ground attacks and command your fleet to ultimately ensure the safety of your comrades and the final capitulation of the enemy. Strategic decisions such as commanding your fleet on the tactical map and your performance in the air will affect the final outcome: Go ‘gung ho’ with a full out assault and the outcome will be in the balance or plan ahead and the end result will be your ultimate victory. 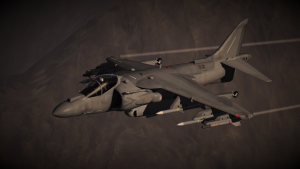 Sounds interesting, eh? It does… even if the developer’s description doesn’t exactly tell us anything. Let’s shed a little light on this on-again-off-again air combat sim.

In Combat Air Patrol 2 you’ll jump into the cockpit of an AV-8B Harrier II with a fully 3D “clickable” cockpit that supports TrackIR and HOTAS. The game has a Dynamic Campaign which is set in the Strait of Hormuz, and it will also support realistic naval simulation, including: Civilian traffic transit shipping lanes and ports. The game’s landscape is reported to have geographically accurate environmental lighting based on longitude, latitude, date, and time, with over 250,000 sq km of terrain to explore. As you might expect, there is healthy VR support for the upcoming HTC Vive and Oculus Rift (and various controller support), as well as support for “very wide screen aspect ratios.” You’ll be able to control your own fleet and air assets, which sounds like some RPG elements making their way into the sim. 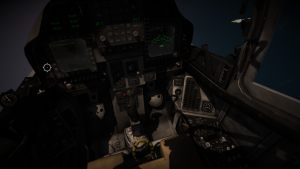 Sim155 have also included a nice multiplayer suite. Single player missions can be played cooperatively or against one another, and a fleet vs fleet mode allows multiple players and AI opponents to go head to head.

Excited yet? Well, calm down because who knows when it’s actually going to be released. It was scheduled to come out last September but was a no show. Earlier this month, Sim155 announced that the game has been ported completely over to DX11 and that TrackIR support has been finalized. According to the developer that just leaves some spit-and-polish on the gameplay and Steam integration. I want to say the game will come out soon, but it’s probably more appropriate to say Air Combat Patrol 2 is coming soon™.