I – Description, Features, and Scope of Operations

Description and Scope of Operations

Command: Modern Air/Naval Operations (CMANO from now on) is, as the name indicates, a Command-oriented, primarily Operational simulator/wargame of modern air and naval operations, with land ops abstracted for now. The primary games in this genre are few: Harpoon (in all its iterations), Dangerous Waters (which is a tactical game), the more recent Naval War: Arctic Circle (now orphaned) and the old Jane’s Fleet Command (won’t run on modern x64 systems).

Because the game uses the entire globe as a map, scenarios can range from gunboat duels all the way up to Global Thermonuclear War, although the game’s focus is, as mentioned, on the Operational/Theater level. Speaking of that map, it stands out as a particularly inspired choice in that the distortions inherent to 2D maps are neatly avoided, and plus it just looks really cool.

This would be the playing field… 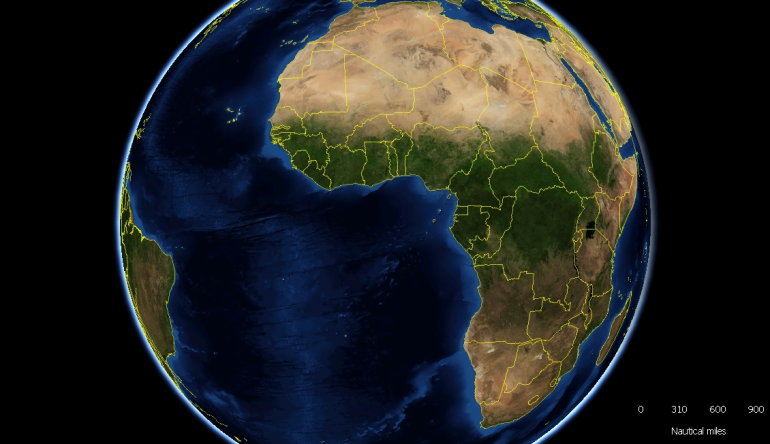 While primarily concerned with individual Ops, provision is made for somewhat higher-level concerns like UNREP (Underway Replenishment) and there’s a robust modeling of logistics (the Soviets only made so many AS-4 cruise missiles, so go easy there, Admiral Gorshkov). The decree to which these more Strategic levels are represented in a given game is largely up to the designer of the scenario, which I like, as it imparts additional flexibility to the scenario design process (more on that process later).

Almost entirely good news here. I’ve played the game since release and only had it lock up once. When I tried to reproduce the problem, it wouldn’t happen again. And that’s it. No other issues with overall stability. This is some seriously tight code, and it makes me wonder if the programmers come from some other area (besides gaming) that demands a high level of refinement on Day One.

Looking at the changelog from the recent 1.01 update, it appears there were the usual amount in a 1.0 release, but aside from subs changing depth too fast (now fixed in 1.01), I wasn’t sophisticated enough to see anything obvious. I’ll need more time with the game to ferret out more (and there are always more). The real issue is not the number of bugs, but their effect on gameplay and the developer’s ability to fix them in a timely fashion. CMANO scores highly on both these points thus far.