Oh dear, where did my evening go?

Ok, enough with the nitpicking. What’s this thing actually like to play?

Let’s put it this way. I started playing the other night at 8pm, and my wife angrily tracked me down 4 hours later. I told her I thought I’d been playing about 45 minutes, and I meant it. She wasn’t amused, but I sure was. The game pretty much grabbed me and hasn’t let go.

What I found most fascinating was watching the complex interplay between all the different weapon systems, sensors and platforms as my units tried to carry out the missions I assigned to them. If you’re into modern military hardware, “what-if” matchups or historical conflict analysis, this wargame is definitely what you’ve been waiting for.

I have a lot of games to look at these days, but this one just keeps calling me for some reason. Perhaps it’s the challenge of orchestrating all these disparate elements into a cohesive plan that might survive contact with The Enemy.

All I know is that anything that can keep me from ARMA III and DCS World has got to be pretty damn good.

You can be like LBJ with his little scale model of Khe Sanh in the White House basement, and micro-manage every single unit individually if you like.

Or you can create missions of whatever size and scope that you feel like trusting your AI to accomplish, including missions in response to enemy classification/detection (such as sending out a helo out to prosecute a subsurface contact). As a result, the scale of your Command is highly granular, and I enjoyed playing the same scenario, but at different levels of Command each time. 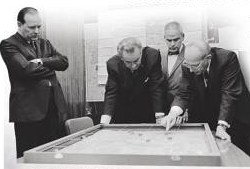 If you want, you can literally run an entire theatre by just assigning all your units to a few broadly-defined Missions, then sit back and watch the fun begin. If you change your mind later (or the Friendly AI screws the pooch), you can always start exerting more control over your units, handing that control back to the AI once you’ve sorted things out. The flexibility here is outstanding, and it’s a feature that injects extra replayability into every scenario, as well as making it possible to finish the larger scenarios in a reasonable amount of time. More info on these Missions to come…

About to go “Downtown”, waiting to see what those USAF guys can do before I send in my Naval Aviators… 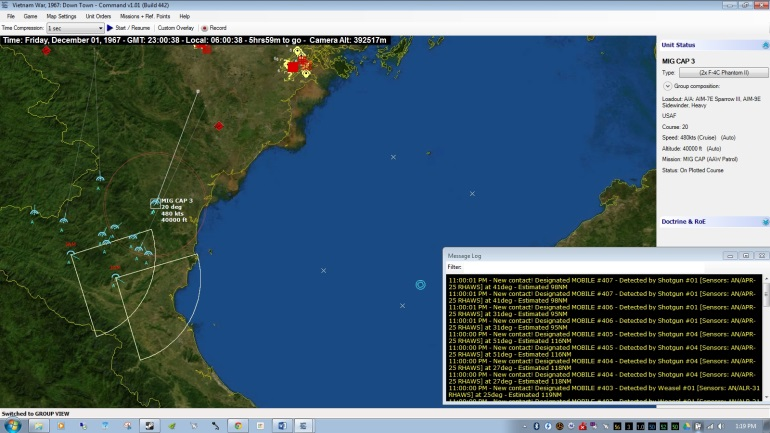 The magic of a good simulator/wargame like this is that it can suspend your disbelief, and you actually start feeling like you’re watching a battle unfold. This game manages to do that very well, at least for me. I was pleasantly surprised to find myself transfixed as I watched my carefully-planned missile salvos trying to penetrate enemy defenses, praying that at least one would get through. Here, the somewhat austere display and lack of 3D graphics is actually a help, as it makes me feel like I’m in the CIC of a warship, instead of sitting with my laptop on the sofa, playing a game.

Missions and the concept of Command

To give you an idea how gameplay in CMANO is structured, I’ll start with the element that I think is both the core of CMANO’s gameplay and the likely source of the name “Command” for the game itself.

CMANO uses something called “Missions” to great effect, allowing you to group and task units as you see fit, then (hopefully) forget about moving them around individually as the (fairly impressive) Friendly AI takes care of all the little details. This feature was also present in Harpoon 3, and, in my opinion, is what really set that great game apart from anything else I’d ever seen. The problem was that Missions in Harpoon were far from intuitive at times, and the interface quite primitive. But the basic idea was so good, it almost didn’t matter.

CMANO takes this great idea, updates/refines it to 2013 standards, and expands its role in the game even further by using it to replace many of the functions that Harpoon 3 used Formations to accomplish (more on that later).

Here, I’ve defined an area for my mission using Reference Points that I created and chosen the Mission Type…

If you use the Mission feature judiciously, you can control hundreds of units – which would otherwise be overwhelming to manage. Farming out this sort of thing to your Friendly AI has always been a dream of wargamers, because it would allow you to focus on “the big picture” without having to micro-manage every unit, while also retaining the accuracy inherent to using individual, rather than aggregated, units/formations.