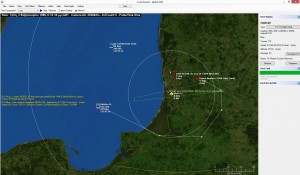 If you haven’t played Warfare Sims’ “armchair general” simulator, prepare to be confused. Thankfully there are a few tutorials that will have you up to speed in no time. Better yet, if you’ve played the Harpoon series, you’ll probably feel right at home. Command: Modern Air/Naval Operations is one of those rare games that puts its focus on the aircraft and vehicles of war over that of the more popular infantry units. On top of that the game is turnless and presents users with a sprawling global map. Command asks players to do just that – Command. After you get suitably familiar with the game, prepare to be managing unit lists longer than your worst, nightmare induced, college English course reading syllabus. Command also sports a surprisingly high-quality radar/sonar modelling system that should impress most air/naval simulation enthusiasts. The scenario selection has about 40 different scenarios, ranging from real world analog events to completely fictitious scenarios. There is plenty to see and do here for any budding or veteran couch general.

Don’t be fooled by the seemingly insignificant update number: 1.08. This is a huge update… we’re talking 20 pages of patch notes huge. 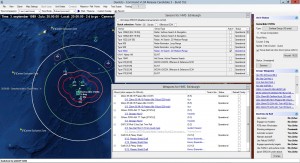 The list goes on and on… (Full patch notes here!)