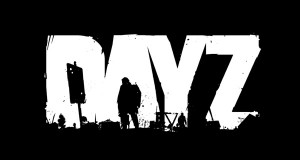 It’s been a number of weeks since I visited the troll zombie infested wasteland that is DayZ’s Chernarus, but given the buzz surrounding update 0.59, I decided to take another go at surviving the end of days.

It’s easy to forget that DayZ (Standalone) has only been in development for a little over two years. As happens all too often in this age of crowdfunding and early access, I find myself, unreasonably (for the most part), growing impatient with the slow development of games. But it isn’t really slow, is it? One thing that early access games have shown to the public is just how much effort and time go into making our favorite past times. However, the major problem with early access is that developers risk losing the attention of fans, as they grow naturally bored with the game and move on, before it even “officially” comes out. For myself, I’ve left and returned to Chernarus probably half a dozen times already, and as much as I enjoy the game, when it’s working smoothly, I can’t help but wonder to myself if I’ll even be interested when the retail 1.0 version finally comes out. 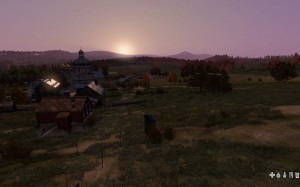 New aerial fog and lighting working in the new renderer.

For now, I’m happy to roam the often lonely countryside with friends, trying to scavenge enough to stay alive. Thankfully, the latest Stable Branch update, 0.59, makes enjoying the game a bit easier with some shiny new toys and stability improvements. However, the new renderer, which everyone is eagerly awaiting, is still in the throes of development. While the screenshots that have been released showcasing the improved graphics are pretty, most of us are still wondering how much it will improve game performance. A lot of folks seem to be confusing the new renderer for netcode improvements –the two things are not the same. The new renderer will hopefully improve graphical performance and fidelity, but don’t expect client and server synchronization to suddenly be flawless. Graphics renderer != netcode.

MIA renderer aside, a handful of notable goodies have made their way into DayZ in 0.59:

Note: If, like me, it’s been a few weeks since you jumped into DayZ, you should be aware that update 0.59 implemented a server wipe.

Moving into 2016, the DayZ team have announced their hopes that the game will leave Early Access this year and version 1.0 will be released. To that end, here are some things you can except to see implemented this year. You can also check out the newest Status Report, here, to see what the team is currently working towards.

You can bet this list will continue to grow as we approach the official release date for DayZ. To that end, Lead Producer Brian Hicks recently announced that new dev videos should begin surfacing soon, showcasing the game’s direction during the build up to launch.

Showcase of items in 0.59 Stable, thanks to SepticFalcon: