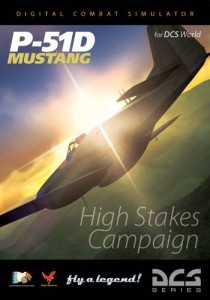 Eagle Dynamics has released DCS World’s newest DLC, and this time you’ll be taking flight in the P-51D Mustang for a full-on story driven campaign. Coupled with the release is an overall update of the game to version 1.5.3.52478, or simply Update 4 of the current iteration.

The P-51 Mustang was a long-range fighter that could moonlight as a bomber and saw its heyday during World War II and the Korean War. By 1944 the P-51B had been largely phased out in favor of the P-51D, as World War II came to its rapid conclusion.

American in origin, the P-51 was developed as a solution to fill the bomber escort role. Thanks to the Mustang’s impressive range, it was initially considered a success. However, it soon became apparent that the Mustang’s engine would limit the fighter’s potential to fight at the USAAF’s desired 15,000 ft combat altitude. The Mustang’s next incarnation, the P-51A, overcame this limitation by outfitting a Merlin 61; this led to the P-51A seeing large scale production, with dogfight capabilities somewhat comparable to the British Spitfire.

In the latest DCS World update, the P-51D will be used in a story campaign which resolves around “a powerful business man and gambler named ‘Maslov.’” It seems Maslov has hired Vasily Sinitsa, a pilot-for-hire, to put the Mustang through its paces, but Vasily quickly learns that these tests might be a bit more dangerous than he realizes. The newest DLC stretches over 15 missions with each mission requiring a full completion before moving onto the next. As you might expect, all the missions will include briefings and maps, as well as kneeboard briefing and map pages. 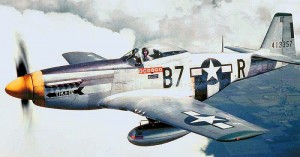 Naturally, this update is required to access the Mustang’s story driven content, and also includes some fixes to the L-39, C-101, and M-2000.