With the release of Horizons, Elite Dangerous’ next season of updates, the popular space sim has seen its content and scope increases steadily over the past months. The next major content expansion is coming in the form of Engineers, a release dedicated to fleshing out the NPCs, mission structures, as well as adding an extensive looting and crafting system to the game.

Engineers is currently in phase 1 of 3 of the live Beta being tested by adventurous players. Frontier is handling the release of Engineers a bit differently from previous updates, with the inclusion of a 3rd phase to the Beta referred to as “Apocalypse.”

This phase is your typical beta testing opportunity where players will be able to check out Engineers’ content and provide the appropriate feedback. In order to access the testing content, you’ll want to check out your cockpit’s status panel. 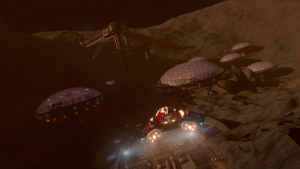 In the second phase of the beta, those who are testing Engineers (PC players only) will have access to all the content available. In short, expect a lot of players slamming the servers and stress testing different aspects of the new content. The Mayhem phase will also play host to two exclusive events: Clash of the Titans and The Imperial Inquisition Hosts.

Clash of the Titans

The Dastardy Don Antonaci has released the Kraken. Also known as “a load of scary looking experimental technology”. It is our duty as Hutton Truckers to break it, use it to crush dastardly pirates and generally have some fun.

So. In the same format as the battle against the Code last year, we are opening up an event to all comers in Beta.

We will be choosing two ships types – might be Fer De Lance and Federal Gunship… Might be Type 7’s vs Orcas.

We are taking over (temporarily) a system with a beautiful Haz Res in an ICE RING.

Anyone in one ship type is on one side, anyone in the other, is, um, the other. 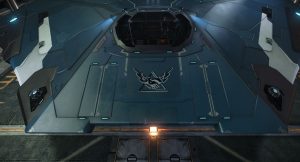 For updates regarding the Imperial Inquisition event, be sure to check out their website, right here. 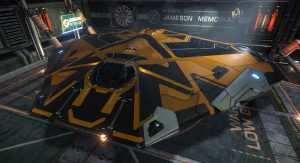 Finally, Phase 3 of the beta will end with an all-out brawl, rewarding the top three players who maintain the highest unclaimed bounties. Those three players who manage to beat the odds will get access to an exclusive Community Paint Job and Decal, as well as their pick from packs on this list.

Naturally, the devs will be on the lookout for unfair play and outright cheating… not that it will stop those determined to cheat from doing whatever they can to not get caught.

If all this Beta madness isn’t your cup of tea, you’ll be pleased to know that patch 1.6 will be knocking on your door soon. When you answer the door, prepare to be knocked down by the tide of new features and changes that are coming. If you’d like to examine the full list of changes, go get your work done then settle down for the evening to read through this huge list.