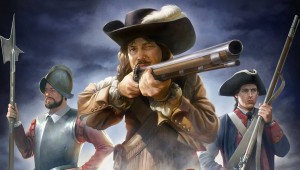 Europa Universalis IV is about as hardcore as strategy games come. I fancy myself an avid strategy gamer, but the EU series has always been one I have been afraid to really dedicate time to. It isn’t that I dislike the idea of the game. I actually love it, I just know that once I dig in, it is going to eat up every moment of my free time. Still, I keep an eye on the series and when I become independently wealthy, I will give it the attention it deserves. With all of that said, I am excited to see that it just recieved a huge patch and a 50% discount. The Extreme Edition is $22.49, while the regular is $19.99. There are nine days left in the Steam summer sale, so I wouldn’t be surprised if the game drops in price even more.

Here are the patch notes for you:

Wealth of Nations:– Privateers
* You can now send Light Ships on privateering missions to trade nodes
* A fleet on a privateering mission will hoist the Jolly Roger flag
* Privateers will generated 1.5 times their trade power for the Pirate (PIR) nation.
* The Pirate nation will act as a collecting merchant in the node, the sending nation receives 40%
* Nations with over 20% of trade power in a Trade Node receives a Pirate Hunt CB aginst the privateering nations
* Several Privateer specific events added
* With privateers in, the old Pirates are removed.– Trade Companies
* Now possible to form Trade Companies by assigning provinces to the Trade Company
* Only provinces within a Trade Company Area can be assigned to a Trade Company
* A province in a Trade Company gives +50% tradepower, +0.5 Naval Force Limit, -100% Manpower, -50% Tax
* Every province in a Trade Company Area gains a bonus to Goods Produced proportional to how much of the trade the company controls
* If a single Trade Company controls >50% of the province Trade Power in an Area, the owning nation gets an extra merchant.
* Each Trade Company gets a generated name and is listed in the Subject View.
* Several new events for Trade Companies
* No longer possible to westernize if you only neighbour western provinces that are in trade companies– Buildable Canals.
* Now possible to build the Kiel Canal, the Suez Canal and the Panama Canal.
* Building a Canal requires Administrative Tech 20, 50k gold and ownership of specific provinces, the project takes around 10 years.
* The project can be affected by a number of events
* Having a Canal will boost trade power in the province, allow the transit of ships and affects naval distance.
* The Canals are visible on the map– Justify Trade Conflict-action
A trade conflict can be justified against another nation where there is a node where you have at least 10% of the trade power and they have at least 20% of the trade power.
Gives a Trade Conflict CB

– Implemented the “Fervor”-feature for reformed religion.
* Each month a Reformed country gets an amount of Fervor points
* In the religion view there are 3 Fervor bonuses Military, Diplomatic and Trade. None to all can be activated at any one time.
* Having a bonus active costs 5 Fervor point per month
* Up to 100 Fervor points can be stored
* fervor = yes activates the mechanic for a religion (there can only be one religion specific mechanic per religion).

– Request Trade Power
* Now possible to Request Trade Power from another nation
* You can request 0-100% of their trade power wich if accepted will be counted as yours.
* Until the Transfer is canceled, the party recieving tradepower can not declare war on the giving party.

– Inland Trading
* Several trade nodes in the game are designated as inland trading nodes where trading nations can use their influence to gain direct power even without provinces or ships.
* When having a merchant in inland tradenodes, you now get direct bonues from your trade efficiency as well as some ideas.
* When having a merchant steering towards an inland Trade Node merchant republics as well as nations with Plutocratic and Trade ideas get direct bonuses.

Major Free features:
– Rivals
* Countries now pick rivals from a list of nearby nations that aren’t too strong or too weak compared to that country. Larger nations can pick rivals further away. Picking a rival gives all the previous benefits of having a rival and also unlocks the Power Projection system.
* You gain Power Projection by having longtime rivals and acting aggressively against those rivals by for example declaring war on them, taking provinces from them, subsiding their enemies and sending privateers against them. You lose Power Projection from having too few rivals picked and losing provinces to your rivals.
* Power Projection gives bonuses to Trade Power, Fort Defense, Land Morale, Naval Morale, Legitimacy and Republican Tradition. Additionally, at 25 Power Projection a nation gets +1 Leader without Upkeep and at 50 Power Projection it gets +1 to monthly Administrative, Diplomatic and Military Power.

– Change Role of Trade – Now possible to change role of trader without travel time
– Added New ships, Great Frigate, War Galley, Galiot, Brig and Trabakul
– Added the religouns Coptic and Ibadi Sikh. Coptic and Ibadi in from the start, Sikh will appear later.
– Modifiers such as Estuary now shown on map in Trade Mapmode.
– Now possible to form the nations Egypt and Bukhara and Courland.

– Administrative Efficiency:
* New country wide bonus that is unlocked at administrative technology level 23 and increases at 26 and 29, up to a total of 75%. Administrative Efficiency directly reduces the impact of province base tax on overextension and warscore cost, allowing for much larger territories to be conquered at once.
* The scaling of core time from country size has been removed – all nations now core provinces at the same speed regardless of size (but it is still affected by factors such as culture, religion, having a claim and so on).

(There are also quite a few major rebalances, see http://forum.paradoxplaza.com/forum/…alance-Changes)