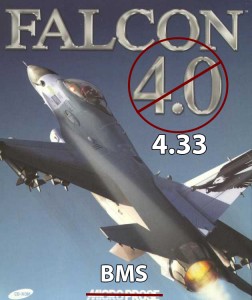 Modders are the best. A dedicated community of modders can do things for a game that no developer, constrained by publishing/monetary concerns, can ever do –indefinitely support a game’s development. One of the most well-known modding communities out there revolves around Bethesda’s RPG releases, namely The Elder Scrolls series and the Fallout series. Anytime a new TES or Fallout game comes out, as is the case in a couple days, modders flock to the game’s Creation Kit and over the following years will release thousands of mods, both big and small.

Why are you talking about Fallout 4 in a piece about Falcon? Good question, me. Falcon 4.0 was released in December 1998. Yes, it was released in the late 90’s. An entire generation of students has been born and are finishing up High School in the time this game has been available. Think about that for a moment. Enter Benchmark Sims (BMS).  Falcon 4.0 was originally developed by MicroProse and the folks over at BMS have extensively modded and overhauled the game –the definition of what it is to be a modder; however, calling Falcon BMS a group of “modders” is almost insulting. These guys are basically a development team in and of themselves, with their first release happening way back in September of 2003, and ever since then, they’ve kept Falcon updated and running strong over the years.

Before we jump into some of the features in the newest update, you can grab it from here (sign up required), and be aware that you will need your original Falcon install directory (or disk / disk image). If you don’t have access to your original files, or if you’re interested in trying the update out for the first time, you can grab a copy at Good Old Games (ignore those old Falcon 3 screenshots). Also, if you are interested in trying the game out for the first time, be aware that the learning curve is steep. Even if you’re an old hand at other flight sims, such as IL or WOFF, you’re going to encounter some barriers to entry, particularly with the combat. It will take some time and practice to overcome. That said, don’t be scared off! Learning the ins-and-outs of Falcon BMS will definitely be a rewarding experience.

Now onto the actual update.

Okay, so, this update is big. So big, in fact, that it would take multiple articles, and more time than most of us can get our hands on, to fully cover everything, and even then, I’m sure I’d miss something. Once you’ve downloaded 4.33, you can navigate to your documentation folder for a full look at everything the update has to offer.

Here are some of the things which will likely peak your interests. 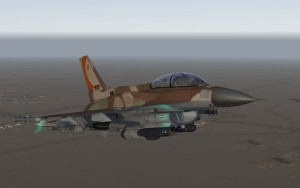 Those of you familiar with the Korean TvT tileset will be pleased to see that it is integrated into the update and looks fantastic. Once you remember that the base game came out in 1998, you’ll be even more impressed with the graphical leap. Similarly, the game’s dynamic weather system has been greatly upgraded, and it really adds a deeper sense of atmosphere to the game’s missions.

Naturally, update 4.33 comes with some new skins and 3D models which make the planes look even better than before. Coupled with the new weather improvements, you’re going to see some nice touches of detail when scanning around the horizon. You’ll also notice reduced in-game stutter during multiplayer!

Apart from configurable avionics via the BMS launcher (individually change each block / variant), you’ll be able to play with:

Seriously, make sure you checkout the documentation, as it is definitely going to be your best source of information. Also, you can check out our Falcon 4 forum section and join in the revelry!