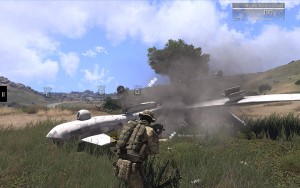 Jay Crowe, Arma 3’s Creative Director, shared a glimpse of what’s to come for their flagship title in a blog post that outlines the game’s roadmap for the remaining months of 2015 and on into 2016. This year has been a busy one for the team behind the tactical shooter with the release of numerous platform updates, the well-received Marksmen DLC, as well as the announcement of the upcoming Tanoa terrain. Now that 2015 is on its way out the door, Bohemia Interactive are taking the time to give fans something to look forward to in 2016.

Nexus Update (and a LFG tool?)

While the big goal in 2016 will be the next expansion, Arma 3 Apex, the developers are already hard at work laying the foundations for its release. The Nexus Update is focused on polishing up some of Arma 3’s core mechanics –namely, fatigue, personal protective equipment, and new End Game instances and extended functionality. While I’m sure everyone can appreciate Bohemia Interactive’s focus on cleaning up the game’s mechanics, the real payoff for players will come in the form of “Arma 3 Units.” While the devs didn’t release much information on the service, they did describe it as “a web-based service that connects players with communities.” 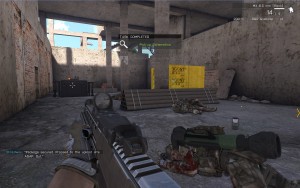 If done right, “Arma 3 Units” could be a huge quality of life addition for the game. While the debate between dedicate servers and user-ran servers will be ever ongoing, LFG (Looking For Group) tools are almost universally met with applause. Okay, maybe not, but in general (I suppose I’m being incredibly general) LFG tools can play a major role in helping your player base connect and start playing together. Undoubtedly, there will be a handful of people (probably MMO players) who greet “Arma 3 Units” with some skepticism. However, since it’s a web-based service, rather than an intrinsic addition to the core game, there’s a good chance Units will be a positive community building tool at best, or simply something you ignore and don’t use at worse. We’ll have to wait and see.

The recently released Eden 3D Editor met with overwhelmingly positive feedback from the community, and Bohemia Interactive is riding that wave into next year. This New Year we’ll be getting an update to Arma 3’s usability (Arma 3 Units, control mapping, weapon switching, difficulty configuration), as well as some visual fidelity improvements.  When you look at how the Eden Editor makes it easier to find mods (and those pesky dependencies), in conjunction with the announced multi-player discover tool “Units,” and visual upgrades, there’s a pretty clear picture beginning to form and it’s titled: Quality of Life. Bohemia Interactive, while continuing to provide quality platform updates and content expansions, is managing to also work on improving the game’s ease of access. From a development standpoint, it’s pretty impressive. It’s like trying to create an intricate pattern of frosting for an already delicious cake, while simultaneously baking another cake, planning its frosting design, and making sure you’ve washed enough forks and plates to have your cake and eat it too. (I recently missed a friend’s birthday dinner because I was sick. I was tortured with pictures of, not one, but two ice cream cakes via texts. I might be bitter.)

Of course, all of these tweaks, fixes, and additions are just preparatory work for Apex – the next big expansion:

The Arma 3 Apex expansion strikes a balance between adding valuable new features, systems, and content, and the resolution of some ‘legacy’ issues, which stands to improve the game as a whole – both as an authentic near-future military shooter, and as a platform for a diversity of custom content. 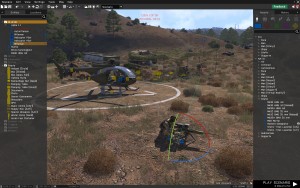 Apex brings with it a focus on “near-future” combat in the guise of new characters, weapons, and vehicles, all of which will be available on a new landmass – Tanoa, and placed inside of a new co-op campaign. The term “near-future” is an captivating description because it holds the promise of all manner of cool gadgetry without exactly promising anything. Other than the briefly mentioned VTOL aircraft and Light Strike Vehicles, we’re left playing the guessing game (gleefully playing it, I might add) as to what “near-future” tech we’ll be seeing in Apex. Perhaps even more tantalizing is the fact that Bohemia Interactive is using the next expansion as a:

…focal point for longer-term platform and usability advancements. Improving how players share information in MP, and overhauling interaction mechanics is a fundamental goal. A Main Menu redesign, together with investment in the MP framework, aims to improve the discoverability / experience of official and custom content.

This next year is looking promising for the tactical shooter. If, for some reason, you’re interested in Arma 3, but haven’t taken the plunge, now is looking like a prime time to jump onboard.