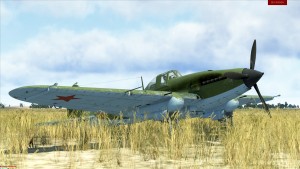 Developer 1C is hard at work preparing for the release of Battle of Moscow, the next addition in its IL*2 Sturmovik franchise. While BOM is due out sometime in the next couple months, 1C has its eyes set on more than just the immediate future: “Long term planning requires long discussion, so we’ll be able to give an answer to the question ‘what will come next after Battle of Moscow’ both to you and ourselves closer to its release.”

Battle of Moscow is unquestionably a large undertaking, as it will include: eight new aircraft, two special premium edition aircraft, aircraft modifications, an exceptionally large map, as well as an accompanying campaign. Not to mention, all of this content will be available in both Battle of Stalingrad as well as in BOM. Currently, 1C is in the midst of beta testing three of BOM’s planes: Bf 109 F-2, IL-2 model 1941, and Pe-2 series 35. Provided no major snags creep up during the testing, there is a good chance we’ll see the next update later this week. Realistically speaking, I wouldn’t be surprised if we don’t see the update until next week, as it is a decent amount of content to try to push through testing in one week’s time. 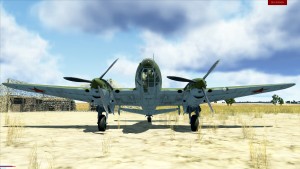 But even with BOM taking up the bulk of 1C’s time, the developer still has plenty left on its plate to occupy it through 2016 and beyond. In particular, 1C is paying special attention to the flight model, which is so crucial in any air combat sim. While IL*2‘s current system is anything but shabby, it’s not without a number of bugs which can, often times without warning, cause your gaming session to come to a halt. It’s always good when a developer shares their goals and plans with their players, and it’s especially comforting to see a developer share plans that extend beyond the next major cycle release. After all, many gamers, especially dedicated enthusiasts, are pretty understanding when a developer doesn’t always meet all of its goals in a timely manner; however, what most of us can’t abide is when a game creator, especially in such a niche genre as air combat simulation, goes completely dark and refuses to interact with its player base.

To that end, 1C has been good enough to provide its fans with a fairly extensive list of tweaks and changes that they’re hoping to implement in the coming year:

Complex tasks that require significant changes or research to find their cause: