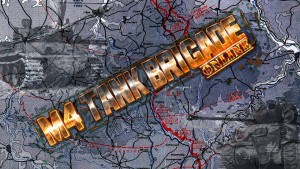 The original game is a proven World War II tank simulation in which players take command of multiple units in both single and multiplayer. Based on M1 Tank Platoon, by MicroProse Software, M4 continues to combine strategy, tactics, and simulation. The game’s campaign includes a number of real-world battles from WWII (1939-1945), leading up to the final race across the Rhine with George Patton. Players can choose to play as either the Axis or Allies with gameplay focused on Training Missions, Instant Action Missions, and MMO style modes. The game also features a Tactical Map type ability to 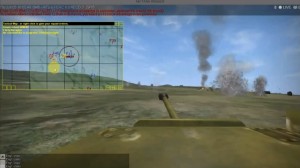 control the entire battlefield in real time, via a birds eye view. This allows players to either send brigades or individual tanks to map positions similar to an RTS, but also lets the players jump in between tanks to take complete control over individual units. Players are able to take command of their own platoon of four tanks, and up to a full battlegroup of 20 vehicles to coordinate air and artillery support. Furthermore, if you move into the online portion of M4, players can find themselves in the middle of a battle involving up to 300 tankers in one fight.

By taking M4 to Steam Early Access, iEntertainment is hoping to garner feedback from players regarding where to focus attention on the game. Since the game is already fully playable online and solo, the focus here is purely improvements and content. The list of improvements the devs currently want to add include:

This Thursday (August 20th, 2015), iEntertainment will be hosting its first online multiplayer mattle at 2000 EDT. To qualify, make sure you create an in-game handle when asked.