Game-Labs’ expansive naval combat sim, Naval Action, continues to navigate its way through Early Access with a fair amount of success. Just visiting the Steam page shows, as of this writing, reviews firmly in the “Very Positive” and “Mostly Positive” categories. In fact, it’s because of these ratings that Game-Labs recently introduced four new ships into the game.

These newest additions also come included with a large Alliance “testing” feature, perk changes, and a good amount of bug fixes and tweaks. Game-Labs also promises that if they continue to see such a positive response to the game’s development, they’ll work harder to get more ships into the game before its full 1.0 version release.

The biggest change in the most recent patch comes in the form of Alliances. However, before you get too excited or too dismayed, keep in mind that Alliances are currently being tested and monitored. Since Alliances serve as the first stepping stone to reworking the game’s Conquest system, it’s likely there will be a number of changes made to the current incarnation.

Game-Labs’ own example of how the system will work: 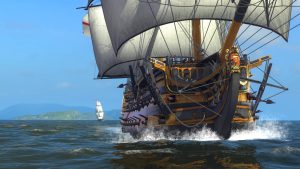 France is already allied with Sweden

As a result in 3 weeks (3 rounds of voting) 2 or 3 large blocks will be created. Over time the situations might change. Because of the forced enemy decision there will always be 2 large blocks at the minimum.

Be sure to check out the rest of patch 9.94’s changes and head on over to the forums to join in the discussion!