Well, the Titan X is finally here, and I hope you’ve got a Band-Aid for your wallet because it’s about to take a hit. Nvidia’s beastly new GPU is retailing at $999 USD / £879 in the UK, but is it really the “most advanced graphics card on the planet?”

In short: pretty much. As far as single GPU cards go, the Titan X is truly a powerhouse. The specs aren’t the only thing beefy about the Titan X, as it sports a height of 4.376 inches and length of 10.5 inches. With a 250 W power draw, Nvidia recommends a minimum of a 600 W power supply. 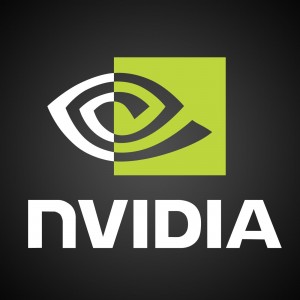 Along with the release of the Titan X, Nvidia released the GeForce 347.88 WHQL drivers which promise to be Battlefield Hardline “ready.” Including support for Hardline, and of course Titan X, Nvidia’s latest driver release also added SLI profiles for Life Is Strange, Medieval Engineers, Trine 3, and the Zombie Army Trilogy. Check out our look at the Battlefield: Hardline beta, here.

On the heels of Titan’s release, new information regarding Pascal, Nvidia’s next-next-gen GPU is now being dissected. The company is claiming that Pascal will be 10 times more powerful than the Titan X, but as any tech news follower knows, Nvidia absolutely loves their blurbs and slogans. In truth, while Pascal’s potential is absolutely impressive, the whole “10 times more powerful” bit is really in terms of CUDA performance. CUDA, which stands for Compute Unified Device Architecture, is simply Nvidia’s own parallel computing platform and programming model. In other words: Nvidia’s own in-house testing of their own in-house architecture shows that Pascal can be up to “10 times more powerful” than the Titan X. So, don’t expect Battlefield 5 to have 10 times the performance of Battlefield 4… at least right out of the gate.

Pascal is expected to drop next year and then Nvidia’s next-next-next gen GPU, Volta, is reported to be aiming for a 2018 release. You can’t fault Nvidia for their future planning, that’s for sure. For now, you’ll just have to settle for the Titan X.