By Atlas on February 24, 2016 in Daily News, Hardware, Technology 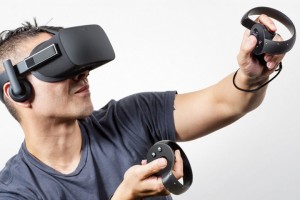 The Oculus Rift and HTC Vive have had their prices finalized and consumer version specs announced. The industry has patiently been waiting on Valve and HTC to give more details on the Vive’s final price, after Palmer Luckey, Oculus VR founder, somewhat botched the Rift’s pricing announcement. The Vive’s price is now officially $799, and I’ve gotta say, I’m only slightly surprised. Ever since the Rift’s $599 price point was released, people have been speculating on whether or not the Vive would try to undercut it or stay on par. I was torn between wondering if the Vive would be slightly less than the Rift (around $549), and wondering if Vive’s included motion controllers might push the price slightly higher (around $649). I was wrong on both counts.

In any case, the fight is about to begin in earnest. My, and every other gamer’s fear, is that this fight for market dominance will devolve into a Sony VS Microsoft type war where each company fights for rights to exclusive games/apps to the detriment of the consumer. Granted, the nature of the devices doesn’t lend itself very well to bickering over exclusives; nonetheless, it’s something to be a bit concerned about. 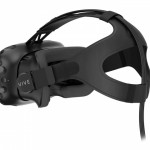 To be perfectly honest, at this point in time, I have no preference for one or the other. The differences between the devices are almost non-existent, with only one major dividing point between the two. The Rift is designed as more of a sit-down type headset, while the Vive offers support for movement in a larger area. Whether or not this difference will amount to much, only time will tell.

So, what exactly are you getting with these VR Headsets?

Here’s a fancy chart with a side-by-side comparison of all the pertinent information you need:

As you can see, there isn’t much difference in either device. The Rift favors sitting while the Vive can be used sitting or in a larger space. The Rift comes with built-in audio, but a lack of motion controllers at launch; the Vive comes with motion controllers, but is missing an audio headset at launch. Style wise, they look much the same, with the Vive weighing a bit more thanks to the 37 sensors it’s packing on the front (both support wearing glasses underneath). 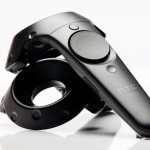 The Vive does have one neat little feature that the Rift is undoubtedly working to mimic in future versions: a front facing camera. The Vive’s front facing camera allows users to orient themselves in their physical surroundings. Once a user reaches the edge of the systems tracking, the camera turns on to give you a faint, unobtrusive view of the room. You can also put the camera into “chaperone mode” which will give you a full view of your surroundings. On top of this, the camera will also give users the ability to use augmented-reality type features to blend the real/virtual worlds together in games and apps.

If you’re uncertain about your systems ability to use the Rift or Vive, you can check out these testers from their respective developers to find out – Rift Test / Vive Test. Just make sure to check your USB inputs so that you’ve got what you need!