By Atlas on January 8, 2016 in Daily News, Hardware, Technology 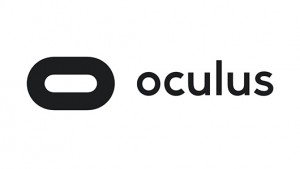 Yes, the Oculus Rift is now available for pre-order. Yes, it is $599 USD without the Touch Controllers. Yes, it is expensive. Is it too expensive? Well, that’s the question, isn’t it.

When the Oculus Rift announced its price on January 6, the Internet had a heart attack; gamers, analysists, apologists, and virtually everyone else interested in VR immediately started complaining or defending the price point. Palmer Lucky, founder and creator of Oculus, even took to Reddit in an attempt to explain the decision, as well as address his earlier statement about the price being in the “ballpark” of $350. There’s no disputing that the Oculus’ creator definitely fumbled the pricing announcement with his previous ramblings, as he admits himself:

I handled the messaging poorly. Earlier last year, we started officially messaging that the Rift+Recommended spec PC would cost roughly $1500. That was around the time we committed to the path of prioritizing quality over cost, trying to make the best VR headset possible with current technology. Many outlets picked the story up as “Rift will cost $1500!”, which was honestly a good thing – the vast majority of consumers (and even gamers!) don’t have a PC anywhere close to the rec. spec, and many people were confused enough to think the Rift was a standalone device. For that vast majority of people, $1500 is the all-in cost of owning Rift. The biggest portion of their cost is the PC, not the Rift itself.

For gamers that already have high end GPUs, the equation is obviously different. In a September interview, during the Oculus Connect developer conference, I made the infamous “roughly in that $350 ballpark, but it will cost more than that” quote. As an explanation, not an excuse: during that time, many outlets were repeating the “Rift is $1500!” line, and I was frustrated by how many people thought that was the price of the headset itself. My answer was ill-prepared, and mentally, I was contrasting $349 with $1500, not our internal estimate that hovered close to $599 – that is why I said it was in roughly the same ballpark. Later on, I tried to get across that the Rift would cost more than many expected, in the past two weeks particularly. There are a lot of reasons we did not do a better job of prepping people who already have high end GPUs, legal, financial, competitive, and otherwise, but to be perfectly honest, our biggest failing was assuming we had been clear enough about setting expectations. Another problem is that people looked at the much less advanced technology in DK2 for $350 and assumed the consumer Rift would cost a similar amount, an assumption that myself (and Oculus) did not do a good job of fixing. I apologize.

I get why there are people angry. I mean, 600 bucks isn’t cheap for most of us, and the Oculus is something gamers have been eagerly awaiting, and now, it seems, the price point will be excluding a lot of potential consumers. I get that and I sympathize with everyone who will have to wait a bit longer to get their hands on the Rift (I’m one of those that will be waiting).

However, there are a lot of people out there who seem to think the price tag is arbitrarily high and that Palmer Lucky is just trying to gouge everyone’s pockets. On the one hand, I can kind of see where these people are coming from. After all, Samsung Gear VR is only 100 dollars, Google Cardboard is under $20, and the HTC Vive has yet to reveal its consumer price. So, from the standpoint of a relatively uninformed consumer, I can see how comparing these prices to $600 may make the Oculus’ price seem rather high. However, anyone who is legitimately comparing Samsung Gear VR and Google Cardboard with the Rift is probably a little out of their depth. There is no comparison, whatsoever. While we may be decades away from actual virtual reality, the Rift (and Vive) are the closest we’ve come so far. Samsung Gear VR and Google Cardboard are virtual reality technologies in name only. Strapping a box to your head and marveling at 360 degree video is a far cry from what the Rift and the HTC Vive can do.

But perhaps the biggest thing here that your average consumer (or at least the vocal ones) doesn’t seem to realize is that the first release of the Oculus Rift (and the Vive and Playstation VR) are probably not going to be very profitable, if profitable at all. In fact, it’s possible that Oculus, HTC/Steam, and Sony are going to take a slight loss on these first versions. “But Lee…” I can hear some of you saying, “…how is Oculus losing money when they’re charging us 600 bucks a pop!?” 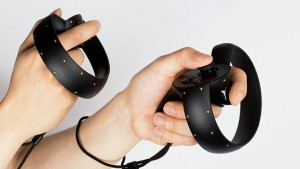 The technology packed into these devices is still relatively cutting edge. It’s not cheap to manufacture. Components aren’t cheap to buy and it’s definitely not cheap to develop, package, and sell a product of this scope. Now, obviously, I’m not an accountant for any of the companies responsible for assembling and developing the Oculus Rift. I cannot say for 100% certainty that I’m right. However, it might shock some people to discover that Sony and Microsoft each sold the PS4 and Xbox One for a loss at their respective launches. Why? It’s not cheap to make this stuff, and if they charged a price that would net a decent profit, people likely wouldn’t buy the consoles, or at least not as many would. However, Sony and Microsoft have quite the advantage over Oculus when it comes to selling products for a loss. When you invest in a PS4 or an Xbox One, you are buying into a proprietary system. Sony and Microsoft can afford to take a loss, at least in the beginning, because consumers will make up for that loss by buying software, hardware, and peripherals for their consoles. The Oculus Rift will not have this advantage as their product is designed to work with all kinds of third party software and hardware. After you purchase the Rift, you won’t have to give any more money (aside from maybe the Touch controllers) to Oculus, if you don’t want to. Of course, they will definitely be offering you things to buy, they’re a business after all, but you can ignore that and still enjoy your Rift.

Despite the growing VR market, Oculus’ price isn’t so outlandish that it will leave a market gap for a competitor to fill. The Rift is essentially creating a brand new market: high quality, affordable, mass market VR. In the past, a VR market existed, for sure, but it usually had to compromise on quality or price. Meaning it either A. had to be high quality but thousands of dollars to buy, or B. lower quality and merely hundreds of dollars. And in both causes, the technology just wasn’t quite there yet. Even the expensive headsets suffered from fps lag, low resolution, odd motion tracking, or some combination of other performance issues. When it comes to VR, these issues are very problematic because of the motion sickness any kind of hiccup can create in its users. After all, it doesn’t matter how cool VR may be, if the FPS lag makes you want to vomit after 10 minutes, you’re not going to use it. This is part of the reason VR has, so far, never really taken off (among other reasons).

Now, however, technology is at a point where VR headsets for the mass market are a real possibility. So, let’s acknowledge that $600 dollars is a relatively hefty price tag, but let’s not pretend it’s simply unreasonable price gouging. The creation of new market with the possibilities that VR represents is a much more complicated affair than the simple greed of one company. If the expense is too high for you, wait a bit and the price of components will fall, competition will increase, and you’ll soon be able to snag a cheaper VR solution. Until then… you can still play all the games you want, just as you do now.