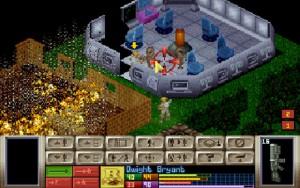 Here at SimHQ, as the name obviously implies, we cover sim gaming and sim related content. However, on occasion, I like to take a look at games that fall slightly outside the genre of simulation. While these off-topic looks usually don’t stray too far from the mold (usually soft-sim / strategy), I do enjoy my time playing and learning about these games, and I hope you do too. After all, most of us here are gamers with a love of the sim genre, rather than being sim-only-gamers (though I know you folks exist too!).

This brings me to Firaxis Games’ newest title: XCOM 2. For the uninitiated the X-COM series has been around since 1994 when developer MicroProse released the first iteration, known then as UFO: Enemy Unknown (later known as X-COM: UFO Defense). In short, the franchise mostly falls into the sci-fi strategy genre, with turn-based gameplay that revolves around repelling alien invasions. The original series ran through the 90’s and into 2001 before dying off. In 2012, Firaxis Games and 2k Games revived the franchise with XCOM: Enemy Unknown, a reimagined remake of the original UFO Defense game from the 90’s. And no, I’m not being incredibly inconsistent with the hyphen, Firaxis decided to drop it with their reboot!

Enemy Unknown was a big success in 2012 and gave the franchise new life and a new direction in the modern gaming age. Now, in 2016, XCOM 2 is back to prove that the tried and true gameplay of the franchise is still as potent as ever. 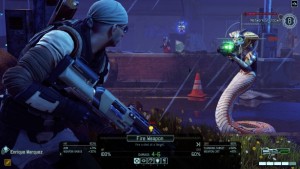 One of the most remarkable things about XCOM 2 is that it feels incredibly similar to Enemy Unknown, in terms of gameplay/mechanics, but instead of this working against the game, to quote the overly-quoted Todd Howard, “It just works.”

What I mean is that XCOM 2’s gameplay is so refined and polished that, despite its similarities to Enemy Unknown, it still somehow feels fresh. The format isn’t changed up much:

What is changed, however, is just how potent the choices you make during your play sessions become through the campaign. During missions you’re rarely ever able to complete a task “perfectly.” Despite how much you plan, and how much strategy you put into moving your resistance fighters around the map, something is bound to happen that will force you to rethink your approach. In an age when games hold their player’s hands and cozily lead them around through each level, XCOM 2 comes in and dares you to beat its unforgiving nature. And when you do dare to challenge the game, it throws a curveball at you then laughs as you struggle to reorient your strategy to the game’s new surroundings.

The tough choices even present themselves outside of combat missions. Deciding on which resources to invest into, in order to build up your base/research, can be wonderfully frustrating. You’re never given a convenient way to do all the things you want to do. Instead, XCOM 2 rewards diligence and thoughtful planning, while brutally punishing those who do not think their decisions through. Even picking a combat mission to respond to can make you groan out loud. There are times when a Gorilla Op will have a reward you really want (or need), but the corresponding Dark Event (movements by the alien faction to improve their standing in numerous ways) are simply too harsh to deal with. So, you’re left agonizing over the decision to proceed and gain the rewards you need, despite the consequences, or simply moving on to avoid the negative outcomes. 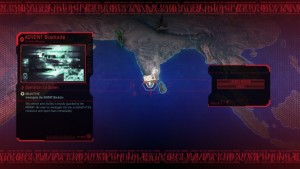 XCOM 2 is one of those rare games that manages to get you emotionally invested in the game through its systems rather than through its story. The game’s story isn’t anything to write home about; it does its job and doesn’t get in the way. Don’t get me wrong, it’s not bad, and, in fact, the way it’s laid out to you via scenes and sporadic conversations is artfully done, but it takes a backseat to the gameplay. The active choices you make during missions and base building feel so impactful, and can make such a difference on how well you perform, it’s impossible to not get invested in the game. It hits you hard the first time you lose a favorite soldier while successfully finishing an op, or when you realize a base building/research decision you made hours ago probably wasn’t the best idea. From that point onward you’re keenly aware of every move you make, and the level of tension it adds to the game cannot be overstated.

While I’ve been mostly impressed with the general feel of the game, which can’t accurately be conveyed to someone who hasn’t had to sacrifice their favorite soldier to complete a mission, there are a number of mechanical changes that really make XCOM 2 fire on all cylinders.

My favorite new addition to the game is the Concealment Mechanic. In Enemy Unknown the aliens always got the jump on you. While it did provide a kind of tension to each mission, never knowing when you might stumble onto the bad guys, it cutoff any kind of stealth/ambush strategies. In XCOM 2 there is a very clear area that, if you step into it with a resistance fighter, will grab the alien’s attention. However, if you avoid this area, as well as avoiding any loud noises (crashing through windows is bad), you can effectively set up stealth ambushes on the enemy, completely annihilating them before they can respond. You can’t always do this, and indeed, sometimes going for the ambush approach can be a bad idea, but it’s amazing what this simple addition does in terms of strategy and gameplay. 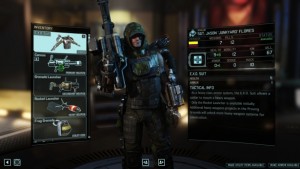 In the same vein, Enemy Unknown’s class system was a bit homogenized, as all the classes kind of felt the same. However, in XCOM 2 each Soldier Class has a niche it fills, and each path within each of the classes is unique and worthwhile. Rangers can opt for either the Scout or Assault paths, and the abilities gained from each path do a great job of actually giving the subclass a defined role. In Enemy Unknown my squad usually consisted of one of each class, doubling up on certain classes depending on the mission. In XCOM 2 I frequently wanted to take multiple soldiers of the same class if I felt the mission would benefit. This kind of flexibility in how you approach each mission gives a strong sense of impact, both negative and positive. On missions where you take an unorthodox approach, and it pays off, you can’t help but be elated. Conversely, when you screw things up, it can be a hard pill to swallow. The urge to reload a previous save can be strong, but I’d encourage you to push through and continue playing, even if you’re not happy about a particular mission. XCOM 2 thrives on upsetting your plans, and if you continually save/reload, you’ll be doing yourself a disservice.

While we’re on the topic of saves, it should be noted that the old bug from the reboot is still present. After a while of playing, your save game list will be a confusing clutter of messed up save dates. Again, this really wasn’t a problem for me, as I tried my best to avoid reloading progress if possible, but it is something you should be aware of when starting the game.

I’ve tried to avoid getting into too many particulars and details of XCOM 2 because, frankly, playing the game and learning its systems are part of what makes it such a great and gripping experience. Everything is laid out in such an intuitive way that you’ll never feel lost. There are goals and the game makes sure you know what you need to in order to complete those goals. And yet, it doesn’t really hold your hand. It gives you the tools you need and shows you what you need to do, but it leaves the doing part up to you, and as you’ll discover, it’s the doing part of the game that will quickly draw you into its depths. If you’re a fan of strategy games, sci-fi, and/or well-crafted games, I’d definitely recommend picking up XCOM 2 and trying to save the world as soon as possible. Just have some tissues handy when an alien unceremoniously ends the life of a solider you invested hours tweaking and optimizing.

Q&A with Oleg Maddox on “Storm of War: Battle of Britain” Page 6