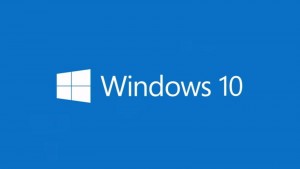 In Part One, I took a brief look at Microsoft’s push to get Windows 10 as widespread as possible in as short a time as possible. So far, they’ve been pretty successful in rolling the platform out, despite growing privacy concerns. For the past year or so, I’ve been predicting that Microsoft will eventually start releasing information which will result in a soft phase out of previous Windows Versions. Even though they’ve announced that Windows 8.1 will continue to get updates through 2023, Microsoft’s aggressive marketing of 10 has made it pretty clear what’s coming. In fact, I say in Part One of this series:

…I expect Microsoft is planning an ambush. As a company, it’s important that they migrate everyone they can over to Windows 10, as soon as possible. DirectX 12 is already going to be out of your reach, if you don’t upgrade, and I suspect other “features” will soon be W10 only. In particular, I’m expecting Xbox One to get some bells and whistles that only W10 users can take full advantage of.

Not a week after this post went live, Microsoft announced that Next-Gen CPUs will only support Windows 10. So, if you plan on upgrading your gaming rig between now and 2023 (2020 for W7), then you’re probably going to have to upgrade to Windows 10, as well. Any next-generation processor made by Intel, AMD, Qualcomm, or anyone else will only support Windows 10. Furthermore, Intel’s new Skylake chips, which are already out in the wild, will only receive full support from Microsoft until July 17, 2017. After that time, only “the most critical Windows 7 and Windows 8.1 security updates will be addressed for these configurations, and will be released if the update does not risk the reliability or compatibility of the Windows 7/8.1 platform on other devices.” In other words, you may or may not get the security updates you need.

Now, obviously, some of you are reading this and probably growing quite annoyed with Microsoft. I sympathize and agree that these kind of strong-arm tactics are borderline unethical and definitely not very consumer friendly. However, there is another side to this story, and despite our annoyance with Microsoft, it would be a mistake to dismiss this other side without acknowledgement.

Also, I know I promised some tips on how to avoid Windows 10’s more concerning features, but, given the length of this post, we’ll get into all of that in part three.

The continued existence and use of Windows XP, especially in a business environment, is an epic security disaster. There… I said it. Windows XP, while finally dying off in recent years, lived a long, long life. Much too long, in fact. The field of network security has grown exponentially since the introduction of Windows XP, and that growth has been fueled by the evolution of hackers and their vicious toys. Simply put, Windows XP’s security is nowhere near good enough to deal with modern threats. So, what does this have to do with Microsoft’s strong-arm tactics in W10?

In order to avoid the fiasco that was Windows XP’s discontinuation, Microsoft has resorted to their current business plan in an effort to quickly phase out Windows 7/8.1. By “forcing” users and businesses to get with the program, they’re hoping to avoid the security nightmare supporting three distinct Operating Systems presents. Because, let’s face it, as great as Windows 7 is, and as much as we all like it, there will come a time in the not-to-distant future where Windows 7 will no longer be able to protect us from new external threats, just like Windows XP. It’s as simple as that.

However, let’s not kid ourselves. While this may, in fact, be a legitimate reason to push Windows 10 onto users, it is also an incredibly convenient excuse to do so. 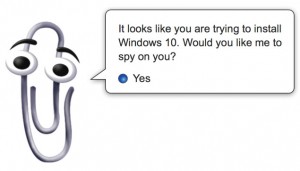 “But Lee,” I hear you saying, “… isn’t it incredibly hypocritical of Microsoft to use computer security as an excuse to force users to upgrade to Windows 10, while W10 itself is riddled with privacy and security concerns?”

Yes. Yes, it is incredibly hypocritical.

However, as with everything tech and business related, it’s a much more complicated issue than would first appear. There is a lot, and I mean a lot, of misunderstood information out there when it comes to what Windows 10 does and doesn’t do, in terms of spying on users. This confusion is further convoluted by Microsoft’s own fuzzy answers to many of these concerns.

Also, a lot of folks seem to think they’re safe from these issues by staying with W7/8.1. I’m sorry to say that’s simply not the case. These same features now exist in W7/8.1 via Windows Updates that you’ve probably had on your machine for months now.

So… let’s go over the big misconceptions as succinctly as possible:

Misconception: “Microsoft sees everything you’re doing, at all times!”

This misconception stems from the fact that your average users doesn’t understand the difference between Data and Telemetry.

Data is the actual content on your PC (files, etc).

Telemetry is the usage data that every PC (including W7/8.1) keeps track of on a day-to-day basis.

We collect a limited amount of information to help us provide a secure and reliable experience. This includes data like an anonymous device ID, device type, and application crash data which Microsoft and our developer partners use to continuously improve application reliability. This doesn’t include any of your content or files, and we take several steps to avoid collecting any information that directly identifies you, such as your name, email address or account ID.

Microsoft uses this kind of information to craft updates, new products, and in general, make sure that Windows 10 (and other products) function as smoothly as possible. Now, depending on how thick of a tinfoil hat you wear, you may or may not believe that Microsoft isn’t actually looking over your PC’s shoulder. However, I can’t address people’s suspicions, sadly; all I can do is relay the information to you.

Misconception: “Microsoft can remove any application from your computer, if they want to.”

This issue is more of a misreading of Microsoft’s own ToS than an actual misconception. So, let’s sort out the facts.

True: Microsoft can check your software versions, updates, and configuration changes (including the usage of cracks/hacks on pirated software) for applications downloaded via the Microsoft Store, Windows Updates, and Xbox/Windows Live.

The big caveat here is that this policy doesn’t extend to non-Microsoft titles. The even bigger caveat is that this agreement doesn’t include your Windows 10 Operating system as a whole. It simply covers those programs and games that come from the Microsoft Store, Windows Updates, and Xbox/Windows Live.

Furthermore, this kind of policy is actually needed in today’s world due to the prevalence of packed/repacked malware. Packaged malware is malware that has been injected into a file or application to disguise itself. A lot of times these files and apps are actually the real deal, and in some cases, they’re even the real deal FROM the actual creator. Malware gets injected at the source when a hacker gains access to the creators account (think of a malicious user gaining access to an Apple Store or Google Play creator’s account). Since Microsoft can now remove software downloaded through their platforms at will, it keeps the spread of infected files and applications contained.

Again, if you choose to not believe that Microsoft is doing this for your own safety (and I’d sympathize if so), that’s your business.

Misconception: “Microsoft has access to your entire hard drive!”

Again, this is a misconception because of the way “data” is defined by Microsoft. On top of that, the data that Microsoft collects doesn’t extend beyond their OneDrive system. So, if you don’t want Microsoft to have it, don’t put it on OneDrive. No brainer. 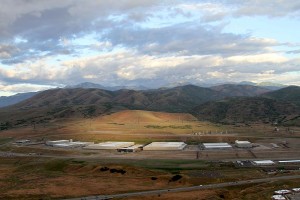 In short, there is simply, at the time of this writing, no credible proof that Microsoft is keylogging your every movement and hoarding all your personal data on secret servers in some underground laboratory. And frankly, why would they? Can you imagine the logistics and personnel that would be required to handle that level of information? Oh, wait, I forgot. Microsoft is in bed with the government and they actually do have a laboratory dedicated to hoarding information.

In short, you’ll probably either believe Microsoft or think that it’s all a lie. And here’s the thing: Who really knows? Well, no one but Microsoft, really.

I think it’s safe to assume Windows 10’s privacy issues fall somewhere in the middle of the road. Is Microsoft only pushing Windows 10 because of their altruistic need to protect everyone from scary hackers? Of course not. They’re a business and they’re in it for the money, money, money.

However, is Microsoft out to get us by collecting every shred of information about our lives while cackling maniacally and forming plans for world domination? Maybe. Probably not. Maybe? Who knows, maybe there will be a new Edward Snowden who absconds with terabytes of information detailing said plans. After all, if the NSA couldn’t keep their nefarious plans secret, I doubt Microsoft will fare any better.

So, what do you folks think? Has Microsoft crossed a line or is their telemetry gathering simply the new norm for today’s connected world? Discuss more on our forums!