Without much ado, here are some recent news snippets, announcements, and releases you should give a look. 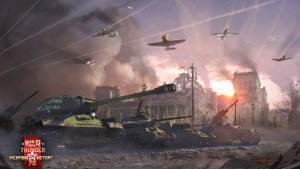 Gaijin Entertainment has launched the “Weapons of Victory” update for War Thunder, their WWII MMO. If you’re part of the nine million player base currently involved in War Thunder, or if you’re looking to get into the game, the newest update adds access to over 40 new vehicles and three new maps, all with reverence to the World War II era.

The update also celebrates the 70th anniversary of the victory in Europe with a series of exclusive “Weapons of Victory” vehicles, which users can play with as part of the May in-game celebration and promo events.

Indie game developer Nival has announced that Blitzkrieg 3 will be launching on Steam’s Early Access program May 6th. From the developer:

“The best way to get the game that you want is to take part in the development process” said Sergey Orlowskiy, the CEO and founder of Nival. “Steam Early Access is the perfect portal for players to become involved, to play the game and provide us with invaluable feedback on how and where they would like to see Blitzkrieg 3 go.”

The Standard Edition, which costs $29.95 USD, nets you access to the game’s multiplayer mode and the Single-player campaign, which covers the entirety of War World II.

The Special Edition, which runs a bit higher at $49.95 USD, includes the features in the Standard Edition plus access to exclusive historical generals, unique in-game tanks, in-game rewards, and an additional Single-player mission. Check out the details of both versions here.

Mods and the tools to create them are now available for Creative Assembly’s Total War: Attila. The Assembly Kit, which looks to be the best yet, gives access to:

Users can grab the Assembly Kit beta through the tools menu in the Steam library. If you want to take full advantage of the Terrain Raw Data, the developer has released a 60Gb download with all the in-game production data to sync your teeth into.

If you were interested in our quick look at the Order of Battle: Pacific then you’re probably already aware that it’s out in the wild. Boasting a challenging, strategic experience for all those interested in the WW2 arena, The Aristocrats newest creation takes place in the air, the sea, and on the ground during two very large campaigns. Order of Battle: Pacific also has a set of scenarios that allows you to play with or against your friends via local or Internet play. 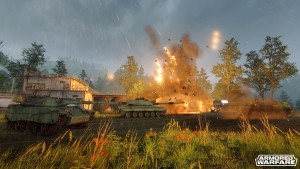 Obsidian Entertainment announced the Early Access start of their upcoming armored warfare game, aptly named: Armored Warfare. The announcement was also coupled with the arrival of the Founder’s Pack initiative, which gives early users access to three Founder’s Packs that give unique rewards.

The packs consist of:

The first Early Access test will be centered on PvP battles across four maps. There will be 38 vehicles available which will cover all five vehicle classes in the game, including: main battle tanks, AFV’s, light tanks, tank destroyers, and artillery.

Lastly, Ground Branch, an upcoming combat sim from BlackFoot Studios, released a Tech Preview to show off the game’s direction. If you’re interested in taking a peek, you can head here and just type in “0” in the “Name A Fair Price” field to get access to the preview. On the other hand, if you’re feeling generous and excited, you can give $19.99 USD to preorder and support the game’s development. The support you give now will allow you Early Access to the game via a Steam key as well as the full release of Ground Branch once it is released.