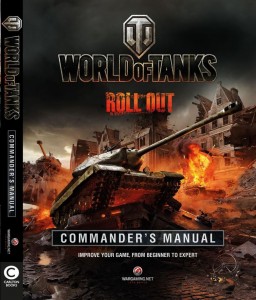 As gaming genres, Sim and Strategy have an interesting facet, aside from their own unique mechanics, that other gaming genres can’t really claim to possess: books, and by extension, actual learning potential. Before you start listing out all the Fantasy/Sci-fi books you’ve read which were clear inspirations for all the Fantasy/Sci-fi games you’ve played, let me clarify my meaning. While it is true that there is virtually and endless supply of fiction centered on dragons, magic, aliens, spaceships, and all manner of Tolkien/Wells inspired concepts, I’m not talking about these things, exactly. I’m not even talking about the popular games which have their own dedicated book series’ (World of Warcraft, Halo, Resident Evil, etc, etc, etc). While these books, on their own, may be entertaining to read (depending on your level of interest), and while they may enhance your understanding and enjoyment of each game’s individual lore, none of these examples will actually help you get better at the game, despite  your enjoyment.

Almost by definition, Sim and Strategy games force players to learn something. Sure, other games make you learn things as well, but usually what you learn is only relevant to that individual game (or contained to a genre – like how MMO mechanics often translate from one game to the next). By contrast, the learning potential in Sim and Strategy games, due to the genres very nature, forces you learn real-world examples of how and why a thing works. Not only can flight and combat simulation games teach you how and why they work, but often times, the games themselves give you real historical examples of what it is you’re learning to do. Sure, you may not actually be ready to jump into a real, classic World War II fighter and do battle, but chances are, if you’ve played an accurate flight sim enough, you understand the operation behind your favorite aircraft to the point where actual flight is much closer to you than it is for someone completely new to the experience. In the same vein, there’s also a good chance that you can cite real-world examples of your favorite aircraft’s potential, historical battles, and probably even build details.

You’re probably wondering why we’re even talking about this, right now. Well, truth be told, it’s a topic I’ve been thinking about for a while, and when I discovered that Wargaming and Carlton Books were planning to release a guide for World of Tanks, I decided it was a good time to make the post. The book, titled World of Tanks Commander’s Guide, is a good example of what I’ve been talking about. The guide is reported to have tips, tricks, and information directly from the makers of the game. Pretty common fair for a guide, right? However, it will also include historical information behind the real tanks which are featured in the game. In fact, David Willey, the curator of The Tank Museum (a source for the book), is quoted as saying:

I have met soldiers who play regularly, staff who didn’t think they’d like it but are now hooked, and children whose knowledge about the vehicles gained from the game is now astounding.

How amazing is that? 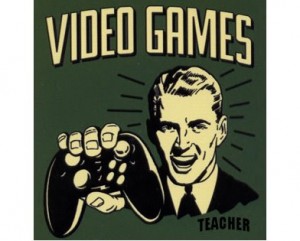 For me, the link between the real-world and simulation is an important one, and one that I wish got more attention and credit from people outside of the Sim community. The combination of games and education has been tried over and over again with varying degrees of success. Meanwhile, Sim and Strategy games have been subtly and successfully educating their audiences for years.

Why have they been so successful when other, more overt, attempts at gaming and education have failed? Why is this topic even important?

Well, those questions could literally fill a Master’s degree dissertation, but I can explain it in a nutshell. The reason Sim and Strategy games have been so successful is simple (well, deceptively simple): Player interest. It’s much easier to teach someone something when they’re already interested in the topic. Obviously, Sim enthusiasts are already interested and receptive to the knowledge they’re receiving. This is in stark contrast to educational games that, rather heavy handedly, expect players to learn a topic based on the premise that “games are fun so it’ll make education fun,” which is a flawed premise to begin with – not to mention those games are rarely fun.

The topic is important because there are still way, way too many parents out there who don’t understand the complexities of the gaming world. It’s unfortunate that, for many moms and dads, games are still seen as “waste of time” which should be avoided. For sure, games can be an incredible time sink, but using the blanket phrase “waste of time” for all games, at all times, is just willful ignorance at this point. Even games which have little to no educational value shouldn’t be considered a waste of time, all the time. After all, kids and teenagers, like us adults, need to just kick back, relax, and escape from the world sometimes.

What’s even worse is when a kid expresses interest in something like flying, which let’s be honest, what kid doesn’t want to fly at some point, and here we have so many good flight sims that we could let them play around with. Of course it’ll be too complicated. Of course they’ll crash and burn over and over (and have a blast doing it, more than likely). But I promise you, for all the kids that eventually decide “maybe I don’t want to fly, after all,” they’ll be one kid that finds a lifelong passion. Whether or not that passion leads him or her to become and actual pilot or not is irrelevant. Maybe the interest will lead them to engineering, or maybe it will lead them to history. Or, more likely, it will lead them in some other direction none of us can predict, but which might not otherwise have been discovered without that first exposure. Real-world example: My experiences with A Link to The Past and Final Fantasy, as a young kid, are direct inspirations for what led me into a writing career. 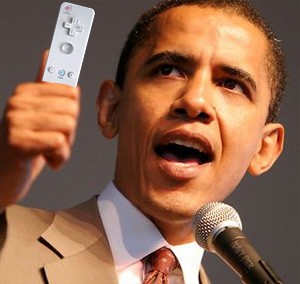 Given the fact that games are constantly (and erroneously) under fire for teaching and/or desensitizing kids to violence, these, very real, positives need have attention brought to them and be celebrated. Ironically, and unfortunately, for that to happen successfully people need to be educated about games, especially parents. Inside gaming communities, the phrases “waste of time,” “leads to violence,” and derogatory versions of “nerd” and “geek” are almost universally scoffed at these days. That attitude has been slowly trickling into the outside world over the years, but it’s been slow and often setback by undeserved negative media attention.

Gaming is a complex tool and means of entertainment and education, and that complexity is finally beginning to be realized and understood by the broader world but there is still a long way to go. Which is why positive gaming communities, such as SimHQ, are so important, outside of their social/fun aspects. Communities like ours will slowly assist in changing general attitudes towards the complexities of the gaming culture. I know that sounds idealistic, but it’s not a false claim. It may take a while, but we’ll get there… eventually.

Check out this nice post here on SimHQ for some ideas on books (mostly aviation/combat) to get your noodle, noodling.