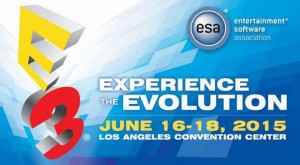 As you’re probably already aware, the Electronic Entertainment Expo, more commonly called E3, will be taking place next week (June 16-18). For the uninitiated, E3 is an annual gaming fair held by the Entertainment Software Association (ESA) and is used by many game developers and publishers as a platform to reveal their upcoming work. Representatives and developers from just about every major studio and developer show up and try to set the world on fire with new information, trailers, and merchandise. The great thing about E3 is how it sets the tones and expectations of the entire gaming community, for the next 12 months. If you’ve even peeked at the Internet in the past few days, you’ve no doubt seen news of Bethesda’s Fallout 4 trailer. It’s no coincidence that the trailer was released so close to E3; the studio is clearly gearing up for their first ever E3 press conference.

This year PC gamers are in for a treat, as an entire press conference will be focused on the PC for the first time ever at an E3. PC Gamer and AMD have come together to make sure that this year’s conference gives some well-deserved attention to the old, tried and true gaming workhorse. The companies that will be involved in the PC Gaming Show, include: Blizzard, Microsoft, Bohemia Interactive, Paradox Interactive, Obsidian, Tripwire, ArenaNet, Creative Assembly, Frictional Games, Frontier Developments, SCS Software, Splash Damage, Square Enix, Cloud Imperium Games, and Devolver Digital.

During this show, E3 goers and Twitch viewers will be able to check out the much-anticipated world reveal of ArmA 3’s new terrain, which will be part of Bohemia Interactive’s next major expansion, poised to release in 2016. The new expansion promises a “completely fresh experience” with new large-scale terrain, vehicles, weapons, gear, characters, scenarios, and more.

Following in the footsteps of Chernarus and Altis, the new Arma 3 terrain is already shaping up to become one of the most compelling destinations in the series, and we can’t wait to show it for the very first time at E3…

The PC centric presentation happens on June 16, from 6 p.m. to 8 p.m. PDT, and for all of us unable to attend, you can check it out on PC Gamer’s Twitch channel!

For more E3 2015 news stay tuned to SimHQ in the coming days!