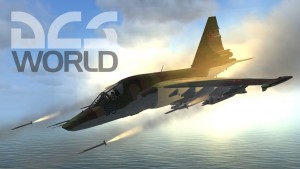 A few days ago I was talking about games and genres with some friends. About half of my buddies fell closer to, if not right into, the “hardcore” (I hate the hardcore/casual labels – forgive me for using them here, it just makes the conversation easier to talk about) end of the gamer spectrum. A couple others were decidedly casual, and still two more were only “gamers” in so much as they occasionally played a game now and then. During our animated conversation, I asked a question that I find myself thinking about at least two times a week: What is a simulation game? The answers weren’t surprising.

The handful of casual players were a bit more varied. For them a sim game was anything that “simulated anything.” Of course, the hardcore folks immediately pointed out, as they’re so apt to do when they smell blood, that all games are simulations by that definition. At this point the conversation was sidetracked as the casuals and hardcores fell into a pointless, but entertaining-to-watch, argument over semantics. In the end, the casual gamers reworked their definition to include only games that “obviously” strived to simulate some kind of experience, whether the simulation was accurate or not didn’t matter to them. (Examples were: The Sims, Kerbal Space Program, and DayZ) 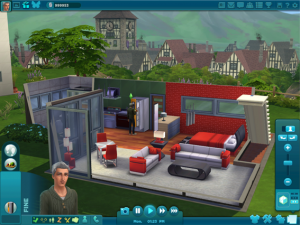 Lastly, the couple hanging out with us, who only picked up a console controller when the mood struck them, thought that a sim game literally meant EA’s The Sims. For them, games like DCS World and the Arma franchise were completely foreign games that did not exist within their sphere of knowledge. They had heard of DayZ and Star Citizen due to the games’ sheer popularity, but the genre of “simulation” wasn’t something they attached to them. Star Citizen, for them, was simply a space game, and DayZ was a zombie game. After a brief conversation about shooters, one of the intrepid gaming-non-gamers asked “Is Call of Duty a sim game, then?” Both the hardcore and casual crowd guffawed with a universal “No.” However, their arguments couldn’t convince either of the non-gamers. For them, Call of Duty simulated warfare and combat and therefore qualified as a simulation game.

Again, these answers are far from surprising, but they do highlight the problem with gaming genres (and categorical knowledge in general). Well, the “problem” is only a problem if you’re someone who thinks about categories and how genres impact games and the industry.

If, for the moment, we can drop the pedantic argument that, technically, all games are simulations, we can take a look at the popular conceptions of sim gaming.

At first glance, describing a sim game as something that accurately portrays and addresses its subject matter would make sense. After all, look at all the aviation, driving, and boating sims out there. Those games give players the task of simulating actions that translate, in some cases almost directly, into the real world act of flying, driving, or sailing. I think most of us would be hard pressed to find someone who disagreed that these kinds of games are, without a doubt, simulation games. 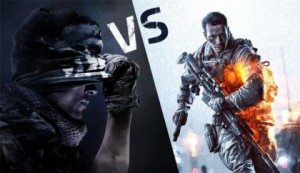 The problem arises when we begin to expand away from these games. Sure, Arma 3 is a combat sim, but what about Battlefield? What about Call of Duty? Taking a brief look around the web, you don’t find many people who consider Call of Duty a combat simulation. The Battlefield series is a little more oblique, and this is where it gets interesting. So, even if BF isn’t as obviously a simulation game as Arma 3 is, what makes Battlefield more of a combat sim than Call of Duty? It’s a subjective question with some objective answers, and as such, I’m not even going to attempt to answer it. Sure, I have my reasons for why BF represents a more of a combat sim than Call of Duty, but they may not be your reasons, and for my non-gamer friends they weren’t valid arguments at all.

So, if we accept that Battlefield is more of a simulation game than Call of Duty (if you don’t accept it, you’re not alone) then we move from describing simulation games as being accurate portrayals that address their subject matter to games which are reasonably accurate at portraying their subject matter. If the terms accurate portrayal were already subject to argument then reasonably accurate opens the flood gates.

The question remains then, “What is a sim game?” Of course it’s subjective, and of course the question’s relevance only matters to those who care in the first place, and of course there is likely to never be a concrete answer – however, that doesn’t stop me and my like from thinking about the stubborn topic.

What do you guys think? Does the question even matter? If it doesn’t then what does that mean for gaming genres in general?

Arma 3, Battlefield, call of duty, Sim gaming, what is a sim game?