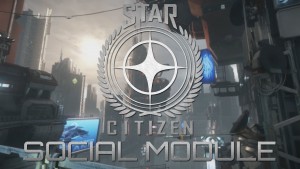 Cloud Imperium Games and Star Citizen have been fending off some vocal detractors the past couple months. From Derek Smart to impatient supporters, CIG has buckled down and fairly successfully defended the company, game, and development schedule from the recent criticism. As with any highly anticipated game, Star Citizen has dealt with its fair share of critics. Given the crowd funded nature of the game, Star Citizen’s core fan base is, naturally, quite enthusiastic and that zeal can sometimes lead to righteous (or self-righteous) anger. A good amount of the disapproval has been leveled at the game’s development time, with a couple modules being delayed and pushed back, much to the annoyance of fans.

With that said, Star Citizen 1.2 is now available for public testing, and it brings with it a wealth of new features to get excited about, including the Social Module which did hit its intended release date. However, don’t get too hyped just yet, you might have to wait a bit to play with the new toys. Patch 1.2 is being released a bit differently, with invites being sent out in waves. The purpose of this is to give CIG a good look at how the module is behaving at different population levels.

Players will now find that the main elevator will give you access to ArcCorp’s Area 18 landing zone, which boasts some scenic vistas and shops to take in and check out. Oh, and it’s going to be populated with other players to interact with, but for the testing phase, player collision will be turned off. While the number of players you encounter will initially be limited to small groups — in order to test server stress and behavior, eventually the limits will be raised to incorporate more and more users. Also, when you spawn in your hanger, you’ll notice that you’ve been auto-equipped with a random loadout. There are six total loadouts and you’ll be able to choose between them using “F6”, and whichever loadout you enter ArcCorp with will stay with you for the remainder of your session.

Along with some UI and animation tweaks to make the social experience smoother, players will now be able to chat with one another via an interface pulled up with “F12”. The chat channel, currently called “Local,” can be used across ArcCorp and the single player Hanger. And what would any MMO social interaction be without access to emotes? The first set of fully animated emotes are now available for players to use in ArcCorp and the hanger. The entire list of emotes can be checked in the chat interface, via the “?” button.

Unavailable areas (These will be opened at a later date)

Check out full PTU patch notes on the next page – Thanks to Melyandre.