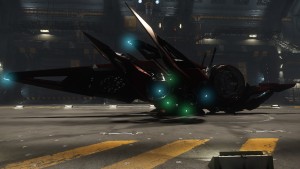 The newest Alpha Patch, 2.2, is now live and ready to be thoroughly tested. What’s new? Do you mean besides the horrible frame rate, random crashes, and awkward bugs? I’m kidding, I’m kidding… well, not really. While patch 2.1 seemed to be relatively stable, patch 2.2 is back to being a crash-y mess. That said, some users have reported a great improvement to their frame rates. For myself, my FPS is still a little jittery, especially in dense areas; however, you may be one of the lucky players that gets smoother gameplay in this newest patch.

As usual you should make sure and delete your USER folder in the public client, and if you’re copying your PTU files over to the live folder, delete any .cfg files from the test build then run the verifier via the Launcher. The full patch notes can be checked out, right here, but if you don’t want to comb through the wall of text then keep reading to see what 2.2 has to offer. 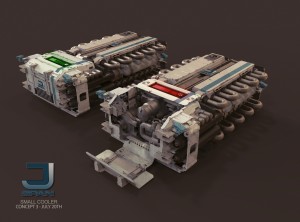 The first new updated ship components, coolers, are finally released! I’ve been looking forward to the ship component releases, and it’s about freaking time we start to see them. Ship coolers do pretty much exactly what you’d expect: dissipate heat from other ship systems. All ships have a default cooler now and the Voyager Direct store has a couple fancier coolers to buy. If you bought the game before the $56 million stretch goal, then you’ll already have the J-Span Cryo-Star cooler in your account.

CIG is also preparing to roll out more components, and to get ready for this, they’ve locked down Shield Generators and disable the Seal Corp shields for the time being. Once the new shields are out, those of you with current Seal Corp shields will be able to exchange them for the new WEB shields. 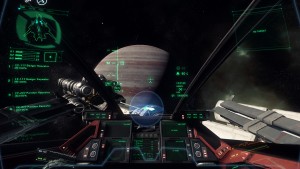 You’ve been waiting for it and now it’s here. Players can now become outlaws by disabling Comm Arrays, colliding with landing ships in Monitored space, and killing players. Alpha 2.2 introduces the concept of “monitored” space in areas around Cry-Astro, Port Olisar, and the various Comm Arrays. If you break the law in these areas you’ll be flagged as a criminal. Currently, the penalty for becoming an outlaw consists of a 30 second lockout before respawning. Each level of your wanted status increases the lockout duration by a further 30 second penalty. Waiting 10 minutes, without committing a crime, or hacking a console at Security Post Kareah will reset your criminal status. If you continue being bad, and rank up to a level 5 wanted criminal, a mini-war can take place between you and the rest of the server. At level 5 status, all players on the server will be alerted to your activities and can hunt you down, with a reward given to the player who scores the kill. Pirates and Security Forces will also spawn at disabled Comm Arrays and Security Stations.

However, if you go bad guy and get killed, prepared to be literally ejected from the server and forced to reconnect. The main thing to keep in mind with this new system is that it is all rudimentary and undergoing testing. If the idea of a 30 second lockout irritates you, and I’d sympathize, just remember this is an early punishment system which will undoubtedly go through changes.

Unfortunately, this was a bit of a letdown, at least for myself. I mean, the detailed collision detection animations are pretty neat, and it definitely adds a sense of fluidity to EVA movements, but in practice it still needs a lot of work.

In short, the EVA update gives character models much more detailed animations during EVA. For instance, bumping into an object with an outstretched limb will cause that limb to utilize rag-doll effects and react independently. It’s a cool idea but in practice it feels… off. This is partly due to the fact that characters have a max EVA movement speed which violates the laws of physics and can result in awkward behavior.

Alpha 2.2 is another feature and fix filled patch that continues to push Star Citizen to the forefront of the genre… if you can deal with the technical problems. If you’re a fan that hasn’t logged in for a bit, you’ll be pleasantly surprised at the new changes and additions.