Since Wing Commander was released in 1990, it could be argued that Star Citizen has been in development for over 25 years. Chris Roberts, the creator of Wing Commander, has had a vision of the space game he’s wanted to create brewing in his mind for decades, and now, technology is finally at a point where that vision is close to a reality. Star Citizen, which is poised for a release date sometime next year, is one of the most ambitious games ever to be created, and fortunately for Chris Roberts, incredibly well-funded. As of today, Star Citizen has raised over 93 million dollars thanks to Crowd Funding. The game’s funding has done so well that the dev’s are even thinking about offering their crowdfunding platform as a service.

Naturally, all the positive attention that Star Citizen has been getting over the years comes with its fair share of criticism. In recent months, a small group of individuals headed by Derek Smart (if you haven’t heard the name, you’re not alone) have led a charge against Cloud Imperium Games, accusing the developer of, among other things, fraud and advertising false claims about the game’s capabilities. Fortunately, (or unfortunately, depending on which side you fall on) the group’s accusations have been undermined by their own behavior and lack of any substantial proof to back up their claims.

I briefly want to touch on the game’s immediate future before we dive into 2.0. While there is currently no concrete release date for the new Alpha, we do know that update 1.3 is coming soon™.  Even with the big changes coming in 2.0, the next update is still looking impressive and definitely something to be excited about: 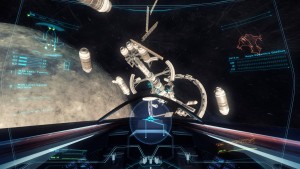 Despite the recent drama, Star Citizen is continuing to make strides towards its final release. Recently, players were treated to a look at what’s planned for release in Alpha 2.0. Currently, Star Citizen really only consists of running around your personal hangar, a lonely social hub, and playing around in your ship in Arena Commander. It is, as you’d expect from any Alpha release, quite unfinished, unpolished, and lacking substance. While fun in its own right, there are only so many times you can jump into Arena Commander before you get a little bored – granted, the multiplayer options do give it some longevity. However, even the fun moments often serve to underscore just what’s missing from the game. Fans have been following Chris Robert’s vision since, at least, 2013, so most of us know what Star Citizen is supposed to look like, and currently it’s not even close. That said, the elements are all beginning to come together and the disparate development of Star Citizen’s modules are slowly becoming the cohesive whole they were meant to always be. 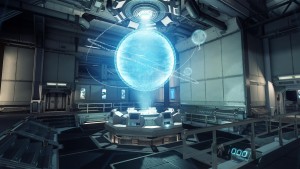 Alpha 2.0 will see the first emergence of the long awaited Persistent Universe. Space Flight, social hubs, missions, EVA, and even Star Marine (the game’s FPS module) will finally be merging into a seamless (few to no loading screens) open universe. And universe is a good word for it too, as Star Citizen’s world will start out being 1 million (yes, million) kilometers square and 200,000 kilometers high.

To start, in 2.0 you’ll find the planet Crusader, which is reported to be about the size of Jupiter. Crusader will have three moons: Cellin, Yela, and Daymar. There will also be a large transit hub called Port Olisar which is where you’ll start out in 2.0. Aside from exploring the massive planet and its moons, the Alpha update will also contain Kareah, a “hotly contested data mine,” as well as a derelict logistics station which is hopefully not too creepy to explore. 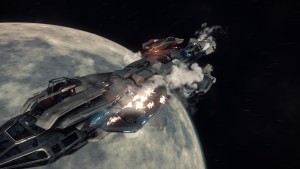 Of course, you’ll be spending a good portion of time in your ship, and to that end, there will also be a number of Communication Arrays which are suspiciously offline – yes, there will be pirates. For the explorers at heart, you’ll be able to visit Research Satellites and use them to look for new Jump Points in space. To get to these new points, you’ll obviously want to make sure that you’re armed and fueled; luckily, the new Cry-Astro Service Platforms will be available to help you do just that – as well as keeping you in good repair in case the pirates prove to be too much for you.

In short, Alpha 2.0 is finally taking Star Citizen into the Persistent Universe we’ve all been craving for years now. It’s still very much alpha, there is still lots to be created, tested, and implemented, but with what we’ve got our hands on so far, and what CIG has shown us, it’s clear that, despite any drama or questions surrounding the game, Chris Robert’s vision for Star Citizen is well on its way to being fulfilled.

Checkout the current 2.0 notes on the next page!