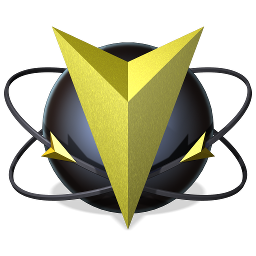 Lensflare Games has released Tactical Space Command, an abstract space combat command simulation in which you assign commanders, give objectives to ships or task forces, organize task forces, set formations and rules of engagement.  Your fleet carries out your orders in a fairly deep–albeit not particularly physically realistic–space combat simulation. Depending on your style of play you can micromanage practically everything, or let the computer (or your commanders) handle various tasks.  The game includes a variety of scenarios with various levels of complexity and environmental conditions such as nebulae or debris fields.

The abstract and fairly minimal interface has been compared to Harpoon (we’ve occasionally described TSC as “Harpoon in Space”), but it was actually inspired by the Aegis integrated combat information system, applied to a space combat model.  We feel it’s a good match for Apple’s retina displays (both iPad and Mac) since vector graphics are very sharp on those screens, making the game both highly playable and giving it a different kind of style that is almost exactly the opposite extreme from the 8-bit style of art that’s showing up in a lot of indie games these days, strategy or otherwise.

Discuss on the forums….