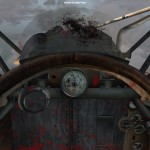 If you enjoy raining down death from above (and who doesn’t?), there have been a few recent developments on the aerial combat front which may put power into your propeller. If that last sentence made you scoff and/or roll your eyes then my opening sentence mission was a success. Wings: Over Flanders Fields, DCS World, and IL*2 Sturmovik all have released some new information/updates that should make you smile (Inwardly, at least).

The next big WOFF expansion, Expansion 3, has been announced and will be released this month. I’m kidding. Currently, there is no official release date for Expansion 3, so we’ll just put it under the Coming Soon™ category. WOFF 3 is shaping up to be a nice, big expansion, even if “some other cool items” haven’t been revealed to us just yet. 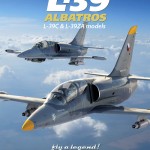 Eagle Dynamics treated the public to update 1.5.3 for DCS World, as well as throwing the Albatros L-39 out into the wild with its accompanying training missions. The release of the L-39 coincides with its counterpart, the L-39ZA, so those of you who already have the Albatros will notice the new goodies after you update to 1.5.3 (if you haven’t already).

Update 1.5.3 is mostly a fixing/tweaking release, but you can check out the nitty-gritty details, right here. 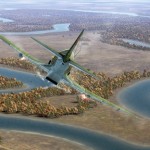 Update 1.107b is now up and running, but the Ju-88 A-4 still needs some time in the hangar. However, it is tentatively scheduled to be released sometime early March, once the kinks are all worked out. Like the DCS update, IL*2’s 1.107b is mostly a maintenance patch to tweak and improvement the game:

You can check out the complete list of changes in 1.107b here.