In part 1 we took a look at some basic computer maintenance and overclocking to get more juice for your gaming experience. In part 2, we’ll expand with a look at performance programs, graphic settings, mods, and finally, upgrading components.

Using these programs may or may not result in any performance increase. On top of that, proponents and opponents of these kinds of programs zealously proclaim their favored program is the bees knees that works 100% of the time for everyone, or that these programs are absolute rubbish to be avoided at all costs.

As with all extremes, the truth is probably somewhere in the middle. Personally, I don’t use any of these programs, but not because I think they’re horrible. I simply have a rather minimalistic approach to my computer, and prefer to keep it lightweight, so to speak.

However, I am including a list of some popular game boosting programs, as well as a brief explanation of what most of them do… or claim to do. 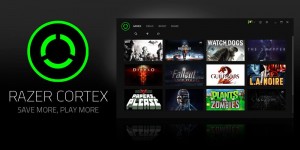 These programs all have some kind of “Game Mode” type setting which purports to reallocate computer resources for maximum gaming benefit. In other words, the program does some background wizardry to free up routine computer stuff for your gaming stuff. Often times what these programs do is toy with some of the features and services we discussed in Part 1. So, if you’ve already went through and optimized Windows’ litany of services then chances are that these programs won’t do much for you.

My suggestion is this: If you really want to squeeze out some extra power, then give these programs a try, but remain vigilant in your testing. If you find that the performance increase is there and is worth it, fantastic. If it’s not… ditch it and move on. 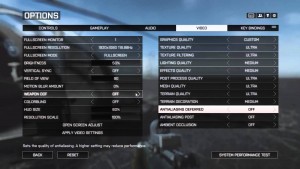 Unlike the other suggestions thus far, tweaking individual games’ graphic settings is something quite easy that you can do to help get better performance.

Shadows and Draw Distance are usually the two biggest resource hogs when it comes to GPU usage. Knocking those settings down a notch or two will usually have noticeable FPS increases. Turning your graphics settings down is a no brainer if you’re having troubles running a game, but, if you’re like me, you find it hard to take that compromise and will stubbornly play a game at its highest settings… performance be damned!

Then, if you’re like me, after you’ve died a couple times due to frame rate lag, you’ll suck it up and begin investigating what you can tone down for the best performance to quality ratio. If you find yourself in this situation, here are a handful of settings you may want to check out to find that balance:

All of these different methods of anti-aliasing work in slightly different ways and with slightly different hardware/software. But no matter which one you use they all work to smooth your game out. Personally, when I’m in the heat of battle, I rarely, if ever, notice the effects of AA. I often turn it down if I find my FPS dipping to below my accepted threshold. However, there are those with sharper eyes than mine out there who can’t stand those jagged pixels.

There are plenty other settings to check in most games, but these, along with Draw Distance and Shadows, are usually the ones to pay particular attention to if you’re seeing an unacceptable FPS hit while playing your favorite game. 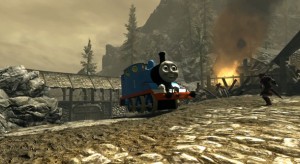 While toning down your graphics can help keep your FPS stable, sometimes your FPS is just fine and you want to make a game look even better. Fortunately, there’s an Internet full of mods for almost any game.

Obviously, talking about content mods here makes no sense because we’re discussing gaming performance in general, rather than any particular game. However, there are a couple graphic mods out there which can be adapted to just about any game available.

ReShade is a post-processing injector that can give your favorite games new graphical options, such as: ambient occlusion, depth of field, color correction, and others. SweetFX is a collection of shader effects which can enhance games by adding a host of new settings to play with like anti-aliasing, exposure, and sharpening. When used together they can seriously give new graphical life to both old and new games.

Here’s a video of Arma 3 running ReShade and SweetFX shaders:

As you can see, the shaders make a pretty dramatic impact on the look of the game. And the best part about these mods? They’re fully configurable. So, if you don’t like the way SweetFX alters a certain setting, feel free to pull up the configurator and tinker with it until the game looks exactly the way you want. ReShade and SweetFX, usually, have minimal impact on a game’s performance. That said, if you go crazy with shaders then you might notice an FPS dip in graphically dense areas.

You can grab ReShade and SweetFX from here, as well as check out other presets. There are also a boatload of presets available from other locations; if you decide to check out ReShade/SweetFX, do a little searching around to see if you can find a preset that is to your liking.

Much like Reshade and SweetFX, ENB is simply a modification that gives a game graphical features it doesn’t otherwise already support. However, ENB tends to be a bit more resource heavy and can sometimes take work to get fully functioning. That said, once you find a preset you like and tweak it to your tastes, it can make just about any game look jaw-droppingly gorgeous.

Here’s a video of ENB in action; this time in Skyrim, which was the game that popularized the graphical modification. Do note that this video has more than simply ENB enabled, but the lighting and atmospheric effects are being handled directly by an ENB preset.

Obscenely pretty, right? You can check out ENB and its various versions and game support, right here. If your game isn’t listed in the supported downloads that doesn’t mean you can’t use ENB. Try out some of the other game’s files, and chances are, you’ll find one that works for your game of choice. Just like ReShade/SweetFX, there are tons of presets available on the web from various locations.

Finally, the most straight forward way to boost your gaming experience? Well… buy something new. Rather than discussing any current, fancy hardware out there to buy, I want to take this opportunity to discuss GPU/CPU bottlenecking, as it seems to be often overlooked when upgrading components.

Let’s say you bought your current PC (or built) back in 2012. A 2012 PC isn’t ancient by any standards, but it’s probably showing its age these days, if you’re trying to run something like Witcher 3 at max settings. So, you think to yourself, it’s time to upgrade your old graphics card for one of Nvidia’s or AMD’s newest beasts. Awesome. Grab your wallet and head to your nearest online / brick-and-mortar store and get to buying. You invest a decent chunk of cash into a new GPU, then get it home and installed only to be a bit underwhelmed by its performance. “What’s going on?” you may think to yourself.

This is a pretty common occurrence when you go to upgrade either your CPU or GPU separately, especially if you’re upgrading a rather old’ish machine. What’s happening is that you’re running into a bottleneck with the component you didn’t upgrade. Just because that fancy new GPU you bought can supposedly run all the newest games at max settings at 60 fps that doesn’t suddenly make your old CPU more powerful. Combine this with the fact that some games are more CPU or GPU intensive and you’ll be surprised at how underwhelming your new upgrade can be. For instance, if you upgraded your GPU, but your favorite game happens to be a very CPU resource intensive game, then you’re going to be in for a bit of a letdown.

So, what’s the solution? Well… short of buying multiple components at the same time, there really isn’t a nicely packaged solution. Personally, anytime I need to upgrade my CPU or GPU, I usually upgrade the other at the same time, unless I’m confident I don’t need to. If you’re confident with your overclocking skills, and have the ability to keep your un-upgraded component cool enough, you may be able to get away with jacking up the clock speed for a time.

So, the next time you think you’re due for an upgrade, just keep in mind that components can and will bottleneck each other, reducing expected performance increases.

Hopefully some of these tips have helped or given you some ideas on how you can enjoy your favorite games more. Have your own tips? Leave us a comment, or head on over to the forums!