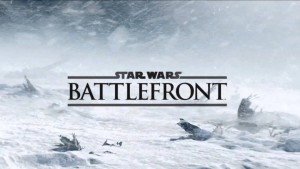 A number of new hardware announcements went out this week, everything from ASUS’ “Console-inspired Gaming PC” to Sony’s 2 TB Thunderbolt Hard Drives. While NVIDIA, on the software front, released its latest “Game Ready” GeForce 350.12 WHQL drivers that promise a ton of optimizations for the recently released PC version of Grand Theft Auto V. Including: SLI profiles, DSR support (Dynamic Super Resolution), optimal GeForce settings, and NVIDIA exclusive settings like MFAA, TXAA, percentage-closer soft-shadows, and 4K surround. And of course, the internet is talking non-stop about the new Star Wars Battlefront reveal that was released today at the Star Wars Celebration in Anaheim.

(Unless an update comes out!)

There were three new developments from notable historical war games this week! 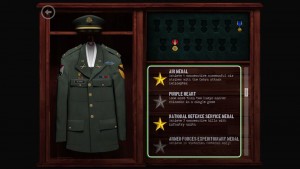 First up is Vietnam ’65, which was released last March 5th and has been steadily growing in popularity ever since. Developer Every Single Soldier has announced a large update coming to the game soon. Using their growing community as a sounding board and idea cauldron, the devs have been working closely with their players to ensure a significant update that boasts plenty of player requests.

The venerable Civil War II released version 1.0.5 which introduces a large number of changes and quality of life improvements to the game. Many of the changes focus on historical accuracy, including: passive Native American’s and no more in-fighting between leaders of allied nations. Update 1.0.5 also brings around a 50% increase in turn resolution speed, which is undoubtedly a very welcome change. (full patch notes, here) 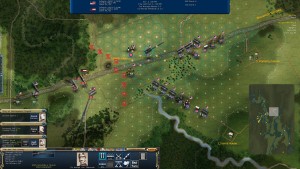 Brother against Brother: The Drawing of the Sword, another American Civil War game, was released April 16th. Western Civilization Software’s new title is focused on the opening battles of the infamous war. This includes the opening battles of 1861 in both the East and the West, 1st Bull Run and Wilson’s Creek, and some battles of 1862 – Mill Springs and Williamsburg. Brother against Brother focuses on detail and accuracy, from battlefields and units, to weapons and battle orders, Western Civilization Software have tried their best to stay true to the historical accuracies of that turbulent time.

“Brother against Brother” boasts scrupulous attention to detail in the preparation of maps and orders of battles; Western Civilization Software did years of primary research, pouring over national archives, consulting with a dozen experts, and exploring every inch of the actual battlefields.

Finally, Lesta Studio and Wargaming released their fifth developer diary for World of Warships. The game, which continues to attract attention, showed off its impressive Japanese warships and the nation’s Tech Tree. The developers themselves also chimed in with their own tactics and strategies for using the Japanese battleships, which includes the famous Yamato. As the game is currently in Closed Beta, this series of developer diaries is a great way of keeping tabs on the growing game, if you’re not fortunate enough to have access to the beta.

The curtain on Star Wars Battlefront was pulled back today, during the Star Wars Celebration event going on in Anaheim. The new trailer shows off some impressive in-engine graphics, as well as some looks at what to expect from the actual gameplay. I won’t spoil anything for you, in case you haven’t seen it, but if you’ve been eagerly awaiting the franchise’s return, you won’t want to miss this.