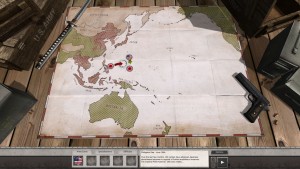 After the successful release of their Battle of Britain update, The Aristocrats, makers of Order of Battle: Pacific, are once again returning to the pacific theatre in their next expansion. This time they’ll be taking on the Second Sino-Japanese War:

“Players take control over the Japanese forces fighting for territorial expansion and rich Chinese resources. The conflict soon turns into a massive all-out war between the two sides during the Battle of Shanghai. While the Chinese forces are numerically superior, they have suffered from internal conflict and are poorly equipped with outdated weapons. The recently modernized Japanese Army on the other hand is well trained and experienced, but as the war drags on it gets increasingly overstretched, allowing the enemy to regain the initiative at several occasions…”

Order of Battle: Morning Sun is currently ready for its Beta phase and The Aristocrats are calling on players to hop in and help give the game its final bits of polish. If you’re interested in testing the waters of this next expansion, you can sign up for the beta, right here.

The guys and gals over at DayZ have been working on tweaking the game’s optimization, in hopes of fixing some lingering performance issues in the game. DayZ’s renderer is also getting some love, as was recently talked about at PAX Australia. Of course, work on the renderer won’t really mean much unless it actually gives players a good performance bump, and the devs know this, so for the time being, they’re keeping the hype contained. In fact, we don’t even know when it’ll hit the experimental branch. In any case, just a few of the things they’re working on, include: Optimization and Paralellization, Post Processes, and Water and Ocean Surfaces. Here’s hoping we see it relatively soon.

Of course, if you’ve been following the game’s progress recently, you’ll be happy to hear that work on the new animation system continues to progress.  Like the new renderer, we still don’t really know when we’re going to see it in game. However, given the complexities of rewriting all the player actions currently in the game (which is exactly what they’re doing), I think we can all understand the need for more time.

Finally, .59 Experimental (possible 75 player servers coming) is coming and will bring with it, among other things, the return of Infected. Not only are they returning, but, as Lead Producer Brian Hicks mentioned recently, there are changes hopefully coming to the way Infected work, “… specifically in the area of spawning and distribution that should go miles towards a more rewarding (and scary!) experience when it comes to crawling through cities looking for gear.” 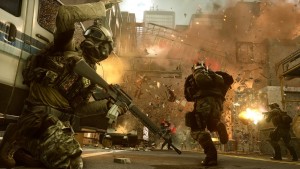 Battlefield 4 has released its fall update, and while discussing the full details of the update would be interesting, I don’t think any of us have the four years we’d need to go over it all. Here are the full (and I mean full) patch notes.

But most of us don’t care about the little changes here and there, what we’re interested in is the new Community Operations project which has finally come to fruition:

It’s time to harvest the fruits of your labor. The Community Map Project led to the creation of the Operation Outbreak map, and it’s rolling out worldwide today with Battlefield 4 Community Operations. Grab the free* DLC from the Origin My Games tab or the PlayStation PS Store or Xbox Marketplace.

Operation Outbreak has you fighting in the jungle over a Medical Clinic, Temple, Ghost Town, Logging Camp, and Palm Oil Plantation – all of which were created based on feedback and suggestions from the Battlefield 4 community. You helped build the map, and now it’s time for you to blast it apart.

Obviously, the new map was created with the help of the BF4 community, so I’m very curious to see how the community responds to the design. After all, despite what we may grumble about to ourselves, most of us aren’t developers, and even though most of us think we could probably do it better, in actuality we probably couldn’t. Head on over to the forums and tell us just what you think about the new map!

Not a lot of news to report on just at the moment, but if you’re looking to pick up the UH-1H Huey or the Mi-8MTV2, then this weekend is the time to do it. From now until Monday, November 2nd (9 AM GMT), these two heli’s will be on sale for $34.99 apiece.

If it has been a while since you’ve jumped into the game, you may not know that update 1.5 has added some new features to both aircraft:

Have a safe and happy Halloween!

IL-2 Battle of Stalingrad – 1.104 Released
Arma 3 Defense Guide and a Case for Tutorials