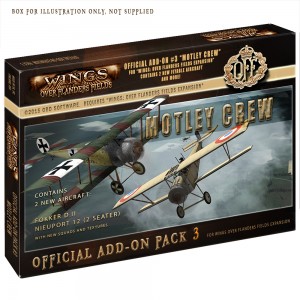 OBD Software have released a new add-on for their well-known World War I combat flight sim, Wings: Over Flanders Fields. The update includes two new flyable aircraft, available to WOFF Expansion users (v2), as well as a secondary update to fix some issues with the initial release.

Motley Crew introduces the Nieuport 12 and the Fokker D.II which can, as you might expect, be used by squads in the Campaign and in Quick Combat mode. 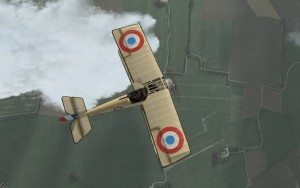 The Nieuport 12, as you might have surmised from the name, was a French fighter and reconnaissance craft used by the USA, Great Britain, Russia and, of course, France during World War I. The Nieuport 12 was fitted with a larger engine than its previous counterpart, as well as with a Lewis gun for the rear cockpit. Later versions of the 12 served as trainers during the 1920’s and the craft’s legacy spawned 10 different variants. In WOFF’s newest addon, the Nieuport 12 makes its debut in the sim, complete with an authentic historical texture.

Meet the Fokker (I couldn’t resist the bad, bad, terrible reference – forgive me). The Fokker D.II, like the Nieuport 12, is also a biplane that saw its heyday during the World War I era. Developed by the German’s, the D.II is a single-seat fighter that borrowed heavily from the M.17 and used a single 7.92 mm IMG 08 machine gun. Unlike the Nieuport 12, however, the D.II suffered from design flaws and underdevelopment in comparison to other fighters of the era. 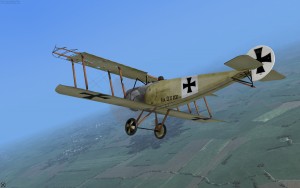 At launch, the D.II was a bit over tuned and its performance actually outclassed its historical specifications. However, a patch was quickly released to bring the aircraft, not only more in line with history, but more comparatively balanced with the game’s other craft. So, if you’re currently having fun with the slightly over powered D.II, you may want to skip the patch for a bit. The patch also introduces a “new and improved pulley system,” combined with an animated cockpit, and the movement of the aileron controls to the upper wing in damage systems.

Note that the new add-on priced at $18.99 does require version 2 of WOFF, and that the add-on patches only update the add-on to which it corresponds. You can grab the Motley Crew download right here.

Let’s Talk: Closed-Loop Liquid Cooling
Do You Even Read? – Gaming and Learning